Market stunts predict the future… and evoke the past

The Leonardo and Banksy auction spectacles suggested a future in which marketing triumphs. But was it ever thus? 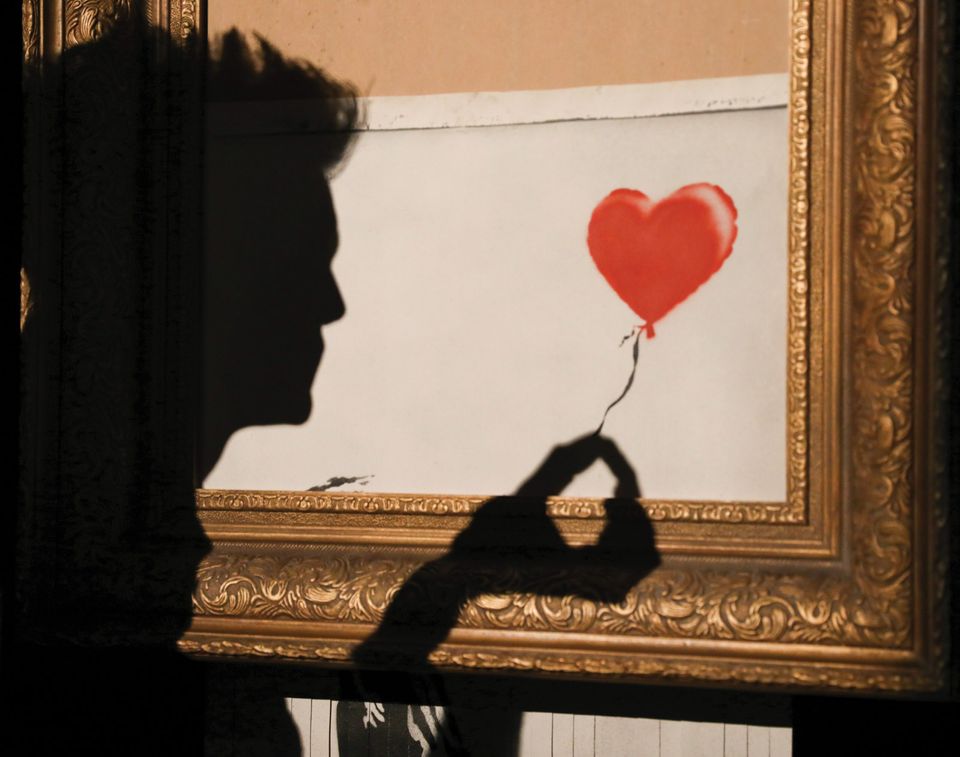 In November 2017, Leonardo da Vinci’s Salvator Mundi (about 1500) sold for an astounding $450.3m in a sale at Christie’s in New York, bought by the United Arab Emirates for its freshly opened Louvre Abu Dhabi, although it has not yet been put on display there.

Just under a year later, a Banksy acrylic on canvas, Girl with Balloon (2006), valued at £200,000-£300,000, was hammered at Sotheby’s in London for £1.042m with fees—and promptly started shredding itself through the bottom of the frame. Hustled rapidly away from the astonished but amused saleroom, the well-known work had been booby-trapped by the prankster-artist; he subsequently authenticated and retitled the new, partly shredded work. The buyer confirmed the purchase.

These two events neatly bookend a year like no other in the art market. The usual codes and practices were overthrown, as marketing and public relations trumped scholarship. In New York the 500-year-old Leonardo painting, promoted as the last in private hands, was sold alongside a Keith Haring and a Jeff Koons instead of being in its natural place, a sale of Old Masters. In London, Banksy’s brazen stunt turned a routine evening auction into an entertainment spectacle and attracted worldwide attention.

This is not the first time auction houses have upended the apple cart. Sotheby’s chairman Peter Wilson famously orchestrated the game-changing Goldschmidt sale in 1958: it was the first black-tie evening event, the first with a colour catalogue, it was filmed live on television and attended by a bevy of celebrities, all coordinated by an outside PR firm. It established records for the seven Impressionist paintings offered and transformed the art market, establishing auctions in the public eye and shifting them from sawdust-on-the-floor dealer clearing houses to glammed-up events for the private buyer.

This time around, Christie’s brilliantly managed the hype about Salvator Mundi, touring it across the world and triggering round-the-block queues to see it—despite the fact that it had been on view at London’s National Gallery in 2011 without generating such a frenzy. The firm reached the most deep-pocketed buyers and convinced them that the Leonardo was the ultimate trophy.

This year, Sotheby’s put the shredded Banksy on display after the sale and also triggered huge queues to see it. How many of those visitors were looking at the art and how many just wanted to take away a selfie?

It seems inevitable that spectacle will continue to triumph. It is about brand awareness, by putting the name of the auction house in the headlines everywhere. It is about reaching a broader public globally, notably younger buyers for whom pernickety details of attribution, significance in art history and condition are irrelevant.

Sotheby’s CEO, Tad Smith, comes from the entertainment world—Madison Square Gardens—and some of Sotheby’s sales have been preluded with flashing strobe lights and electronic dance music. Those younger buyers are the auction houses’ future, and they need to catch their attention in new and innovative ways. An older generation may lament the shredding of scholarship, but the younger ones are simply amused by Banksy—and, significantly, rewarded him with 1.1 million “likes” on his Instagram post about his prank. O tempora, o mores.