Dealers mix it up at more international Brafa fair 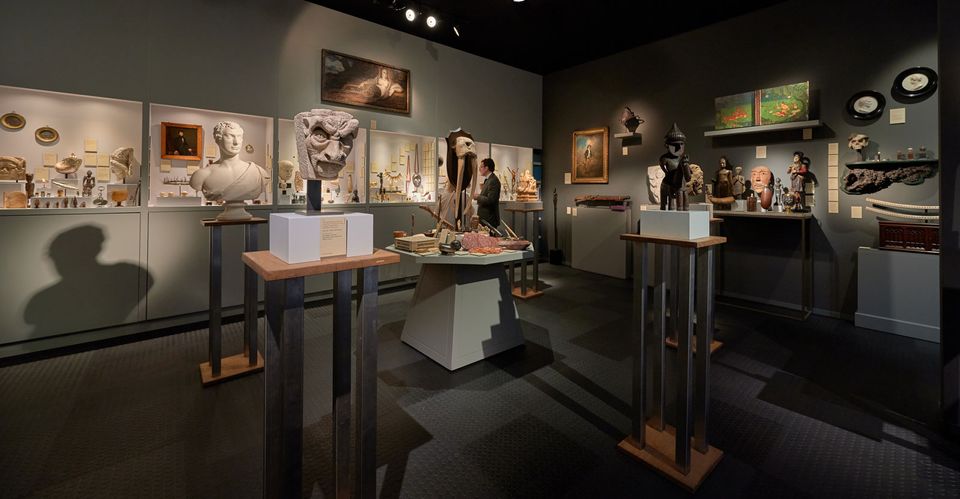 The 65th outing of Brafa (the Brussels Fine Art Fair) opened last night at the Tour & Taxis building, where it runs until 6 February. Business was being done from the outset. It prides itself on being the most eclectic of art and antiques fairs, and this edition makes good that claim. In past years there has been a heavy weighting of exhibitors in traditional Belgian favourite areas, notably medieval and African tribal works of art. This time the coverage seems more even, from antiquities to contemporary art by way of Old Masters, French 18th-century furniture, 20th-century Italian glass, cartoons, silver and jewellery. Prices run from a few hundred euros up to at least €3.5m for a Picasso. The fair is also more international, with 133 exhibitors, as last year, but 83 from abroad to 50 Belgian, among them 43 from France and 13 from Britain.

It is striking that many specialists are mixing styles and cultures on their stands (a concept pioneered by the Belgian dealer-decorator Axel Vervoordt) for instance Grusenmeyer–Woliner, the Brussels sculpture dealer, which has an impressive display including Greek, Roman, Gandharan and medieval pieces centred on an African ancestor figure. Many take this further, presenting Wunder- or Kunstkammer objects. Among these are Porfirius Kunstkammer (Neerijse), which has some of the fair’s cheaper offerings, Finch & Co (London), which sold a major piece during the set-up, and Theatrum Mundi (Arezzo) with a “21st-century Wunderkammer”.

Naturally, Belgian Symbolist and Surrealist artists are well represented; James Ensor is chief among them. The Ghent-based Francis Maere gallery always features the melancholic Ostend painter Léon Spilliaert; here he has two lovely winter foliage subjects. There are other Spillaerts throughout the fair. Less expected are two stands with a few 18th- and 19th-century British drawings and watercolours. Antonacci, a first time exhibitor from Rome, has a powerful Bell Scott drawing of the Fates directing arrows during a battle, while Galerie Grand-Rue from Geneva prominently displays a Lear watercolour of Mount Athos and a Romney drawing of John Howard visiting the Lazaretto at the entrance to its stand, with a David Roberts Spanish subject inside.

Among the most intriguing items at the fair were two that might be termed accidental art. The Antwerp rug and carpet dealer Vrouyr has a large near black Afghan felt, which is enlivened by random splashes of red, and the London-based Artancient gallery has an apsidal Romano-Cypriot marble table top, which would seem unexceptional if undamaged, but is made beautiful by a lacing of cracks and small losses. The gallery's Jethro Sverdloff says that they had seriously considered restoring it, but had wisely refrained. Another favourite, with Grusenmeyer–Woliner, is a small Egyptian hippopotamus in limestone rather than more usual pottery. The last two items are each priced around €40,000.

This year instead of inviting an artist or institution to be guest of honour, a charity auction of five panels from the Berlin Wall is being held for the duration of the fair. Details are on www.brafa.art.