Although the country’s museums have been closed since February, its commercial galleries were allowed to remain open—and sales have continued at a steady pace 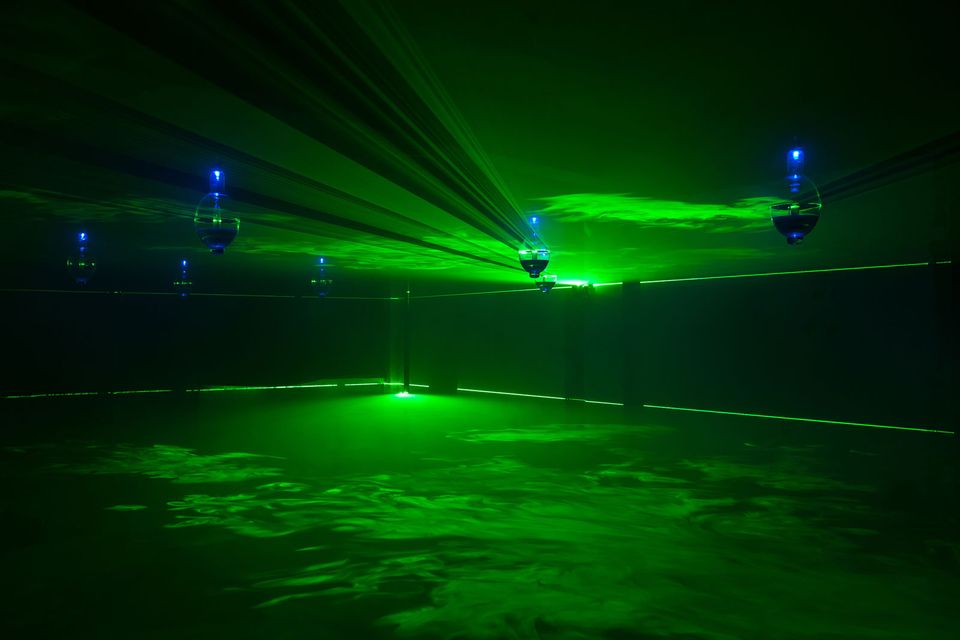 South Korea was one of the earliest countries to experience a spike in coronavirus (Covid-19) infections in mid February, but under president Moon Jae-in the country has emerged as a global model for its handling of the pandemic. Although its museums have been closed since February, commercial galleries were allowed to remain open. Several have done so, some throughout the crisis, putting South Korea alongside Taiwan and Hong Kong as one of the few places to have an art scene still running, or at least limping, throughout this extraordinary spring.

“Private galleries had the option to remain open, or close willingly,” says Emma Son, the senior director of Lehmann Maupin gallery in Seoul. “Lehmann Maupin remained open, as did Pace,” Son says, adding that her gallery decided to open a show on the Austrian artist Erwin Wurm on 20 February (until 11 April), just as an infection cluster from a religious sect in the city of Daegu was exploding. For the first two weeks, “we only had a few visitors per day, around five to ten, which was remarkably low compared with foot traffic at normal times. However, the number of visitors has continued to climb over time, and reached around 50 to 60 people per day on the last days of the exhibition.” Wurm, who also currently has a solo show at the Taipei Fine Arts Museum (One Minute in Taipei, until 14 June), has contributed around 40% of Lehmann Maupin’s sales in the period.

“We have remained open to the public throughout it all—and as the weeks pass, we are seeing gallery foot traffic resuming to almost normal levels,” says the gallery’s co-founder David Maupin. “Sales have continued at a steady pace, and we are returning to business as usual. [It is] remarkable what a difference it is from the situation elsewhere in the world, with other markets at a standstill.”

Arario Gallery, based in Seoul and with locations in Cheonan and Shanghai, was installing a show of the pioneering feminist photographer Youngsook Park when the outbreak hit, and “through our own decision” postponed the show’s opening from 5 March to 26 March, says the gallery's director Henna Joo. After the opening, visitors were allowed to enter “under the conditions of one: RSVP only; two: no mask, no entrance; and three: leave all the visitors’ contact information” in case contact tracing was needed. Son describes similar measures, including providing hand sanitiser and disposable face masks. Joo says that, in South Korea during the crisis, “private collectors almost stopped collecting [entirely] and this situation will continue for a while. Instead, institutions, I feel, are trying to collect more to support the art market.”

Around 60% of the sales we’ve made recently in Korea were completed after the clients actually viewed the works in person Emma Son, Lehmann Maupin, Seoul

Meanwhile, local giant Kukje Gallery has been closed to the public since 8 February. According to a spokeswoman, “the gallery autonomously decided to temporarily close both its Seoul and Busan spaces relatively early on (well before the pandemic declaration) in order to prevent the spread of the disease amongst the gallery staff, visitors and clients. This decision came naturally as the gallery is part of the public sphere where many come and go on a daily basis.” Its staff has instead been working on its digital resources “to recalibrate the gallery’s means of outreach during these changing times” via an “open platform [that] will be publicly accessible via the Kukje Gallery website, without the need to input personal information.”

The worldwide pivot to digital has been less challenging in tech-savvy South Korea than most places. “For over a year now, Lehmann Maupin in Seoul (and globally) has been collaborating closely with Eazel, an online platform that enables VR exhibition tours, which was founded in Korea,” says Son. Still, “around 60% of the sales we've made recently in Korea were completed after the clients actually viewed the works in person”, with the physical gallery standing in for the cancelled art fairs.

South Korea held National Assembly elections in early April, and Moon’s Democratic Party of Korea (DPK) and allies won 180 of the 300 seats amid historically high voter turnout, despite the pandemic. Gloves, masks, temperature checks and physical distancing were mandatory for voters, and separate voting booths were provided for anyone exhibiting a fever. The incumbent’s victory did “not make a big change” for the arts, says the independent curator and critic Pil Joo Jung. With budgets channeled towards public health, “in terms of limited resource allocation, the government’s urgent subsidy situation might affect the budget for art”, she says. Still, the “South Korean government has been producing Covid-19 relief plans starting from the end of February; artists are applying for those urgent relief plans.” As a curator, she is applying through the Seoul Foundation for Arts and Culture for a project on women artists working from home. “However, individual artists have a limited capacity in receiving the grants even though different types of grants can be offered.”

Arario’s Joo adds that low interest cash loans are being offered to artists, and exhibition cost support to small galleries. “Compared with other countries, the government and people in Korea are reacting to the Covid-19 situation quite well and calmly, even though there was huge fear and panic at the very beginning.” Business is back to normal, “but the problem is the economic recession and less consumption by collectors. Also, international art fairs all stopped and the whole world seems like it has stopped. As Korea is also connected to the global art scene, we have to worry about its negative long-term financial effects.”