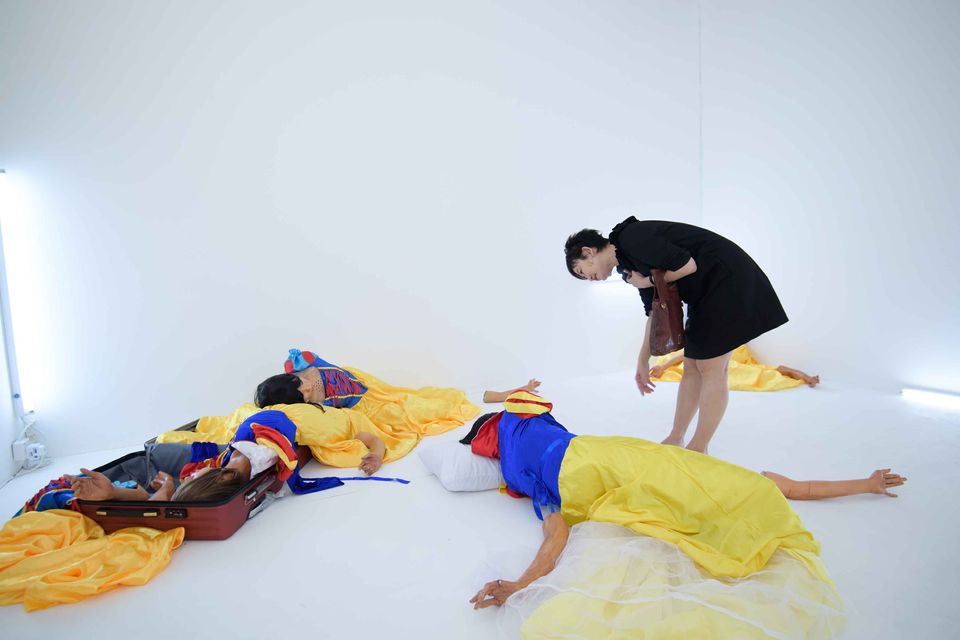 “Singapore is so tied to financial markets, but people are still buying,” says the fair’s founder and director Emi Eu, who is also the director of Singapore gallery STPI, which organises the fair in partnership with Singapore’s National Arts Council. “Perhaps it is psychological, and people always say there are challenges [every season]”.

The focal point of Singapore’s annual art week, the fair concluded a few days before cases of the coronavirus from Wuhan, China had proliferated to pandemic levels. Overlapping dates with the much larger Taipei Dangdai, in the Taiwanese capital, proved more of a headache. “Collectors came from the region, as well as expatriates based here. We worried because of the concurrence with Taipei Dangdai, but some people made it to both,” Eu says, citing an early Chinese New Year (from 24 January) as a reason for the scheduling.

“Overall, from the shows in our gallery and here at the fair, the situation is looking good,” says Megan Arlin, the Singapore-based manager of Sullivan+Strumpf, an Australian gallery with a location in Gillman Barracks which is this year showing witty marble tombstones by young Singaporean artist Dawn Ng (prices SGD6,000 to SGD20,000). “We were a bit hit, the last few months, but things are picking up again, and slowly getting better,” Arlin says. Of the fair, she adds, “this year is significantly better: energetic, more curated in terms of the gallery list and set up. Everyone we expected to see is here.”

Though SEA Focus is small, its size makes for a concentrated presentation of the region’s often overlooked talent. “We made a specific effort to have the booths bring only one or two artists,” Eu says. “Art fairs are so new in Southeast Asia, and this approach lets people get to know the artists…[and]talk to the galleries.”

Jakarta’s Roh Projects and Bangkok’s Nova Contemporary “brought completely new, un-established artists”, Eu says, while Berlin’s neugerriemschneider papered its booth with timely drawings of protest images by the Argentinean-born Thai artist Rirkrit Tiravanija, who also showed at The Drawing Room. “The presentation allows a lot of what is missing in the larger art world, and this year we see a lot of the craft side coming to the fair, such as Yee I-Lann’s indigenous weaving at Silverlens…They are accessibly priced, intriguing works, which is the key to good sales.”

Attending for the first time, Silverlens Gallery from Manila brought woven works by the Borneo-based Yee as well as Thai artist Mit Jai Inn. “The clients are mostly local Singapore collectors,” says a spokeswoman, who praised the fair’s organisation. She describes the Singapore scene as “very receptive” and the gallery had brought works priced between $2,500 and $20,000, a couple of which had sold.

Eu dismisses the perennial concerns about censorship in Singapore, which sit particularly heavy since the government instituted the Protection from Online Falsehoods and Manipulations Act last year. Under Pofma, Singaporeans can be prosecuted for posting what the government deems misleading statements, or in practice criticism of the government, on social media. But while Eu concedes “Singapore’s censorship is notorious” she adds “look at how much is said in the current Singapore Biennale. Thailand, when about the royal family, and China both have it much worse. Singapore does not censor so much, just [works relating to] LGBTQ and religion, to not offend sensibilities, but the government is otherwise very tolerant – as long as you know the boundaries, as long as [anything sensitive] is contained, and as long as it is not public.”

“Singapore moves with time, and tries to be in the forefront,” she continues. “Art needs government support, and private support too, there is a very collaborative spirit here.”