New York's autumn sales were subdued but not necessarily septic

Overall sales were down by around 30% but beyond the disappointing headline figures, women and minority artists shone Sotheby's picks up the pace during a sluggish art week with $270.7m contemporary art sale. Courtesy of Sotheby's

Last week, New York’s autumn sales turned over $1.4bn across the city’s major auction houses, down from around $2bn in the same series of sales last year. With political turmoil and economic wariness plaguing virtually every major financial centre in the world, it is no wonder that confidence in the art market was down by nearly 25% from May before the auctions even began, let alone throughout them. Indeed, contemporary sales were down by 31.5% and Impressionist and Modern sales were down 33% from last autumn; for reference, London sales in October were down only 17.7%.

The marquee series of sales in New York often relies on big-ticket items and there was a well-reported lack of trophy lots and high-profile estate consignments this year, resulting in a squeeze on supply. The top lot of the week, Ed Ruscha’s Hurting the Word Radio #2 (1964) at Christie’s post-war and contemporary evening sale, fetched $46m ($52.5m with fees). That represents about $15m more than any other work that hit the auction block.

“The margin between good, better, best has widened and collectors are more aware of this than ever,” says Melanie Clore of the advisory firm Clore Wyndham. “For ‘great’ works, collectors have always had to pay ‘tomorrow’s prices’ and this is still the case—but these paintings and sculptures are still few and far between.”

How low can you go?

Low estimates were met with even lower reserves. Across evening sales, only five works were estimated to fetch more than $20m. Ultimately seven did, but many hovered near or below their low estimate, such as Mark Rothko’s Blue Over Red (1953), which sold for $23m ($26.5m with fees) at Sotheby’s after a single bid on a $25m-$35m estimate. Indeed, an average of roughly 35% of lots hammered for below their low estimate across all sales, suggesting that reserve prices were driven down.

“This is a sober and smart market right now,” says Amy Cappellazzo, the chairman of the fine art division of Sotheby’s. “We had to roll up our sleeves to make these sales happen.” In what was the most energetic sale of the week, Sotheby’s contemporary evening sale fetched $270.7m (with fees). That is still $75m less than Christie’s post-war and contemporary results the night before, but it yielded a strong 92% sell-through rate with 82% of lots hammering at or above their estimates, versus around 60% to 65% in all other evening sales. Umberto Bocciono's Unique Forms of Continuity in Space sold at Christie's for $16.2m (with fees). Courtesy of Christie's Images Ltd 2019

Most major lots fell toward the low end of their estimate range, with a few exceptions. At Christie’s $162m ($191m with fees) Impressionist and Modern sale, Pablo Picasso’s Femme dans un Fauteuil (Françoise) (1948-49) bore the highest estimate of any work at $12m-$18m. It barely scratched that, however, when it hammered at $11.5m ($13.3m with fees). However, the first Umberto Boccioni sculpture to come to market in half a century, Unique Forms of Continuity in Space (conceived 1913) more than tripled its pre-sale estimate of $3.8m-$4.5m, despite the fact that it was a third-series cast.

Fashion designer Marc Jacob’s decision to lift the reserve price entirely on Ed Ruscha’s She Gets Angry At Him (1974) after it failed to sell at $1.9m on a $2m-$3m estimate as the third lot in Sotheby’s contemporary sale—just 24 hours after Christie’s set the record for the artist. The work abruptly re-appeared on the block as the last lot of the evening, selling for a total of $1.4m ($1.7m with fees).

According to ArtTactic, third-party guarantees were down by 42% at Christie’s over last year’s sales and Sotheby’s dropped by 32%. "We offer roughly the same number of guarantees every sale," Cappellazzo says. "There were just fewer collectors taking us up on our offer this time around, mostly because there were fewer big consignments they wanted to back. I don't think it's that unusual given the circumstances."

Though the number of lots that were guaranteed compared to last year dropped, a more interesting detail is that the value of guarantees dropped from $537.2m last year to $360.5m this November. "This may be a result of the murmurs of the market softening we heard during the summer," says Evan Beard, the national art services executive at Bank of America Private Bank. Just before the sales began, when it "became clear that there would be significant activity, they felt comfortable guaranteeing— just not comfortable enough to guarantee the big ticket lots".

At Phillips however, there was a 72% surge in guarantee usage. Perhaps that is why its 20th century and contemporary sale boasted the highest sell-through rate by lot of any evening sale, at 95%, and was the only house to see an increase in sales, by 22%, on last year.

Robert Manley, Phillips’s deputy chairman and co-head of 20th century and contemporary art, says: “I think you see our growth reflected in this sale—there was a lot of breadth in the sale and buyers were confident to back it. Many things fared very well.” 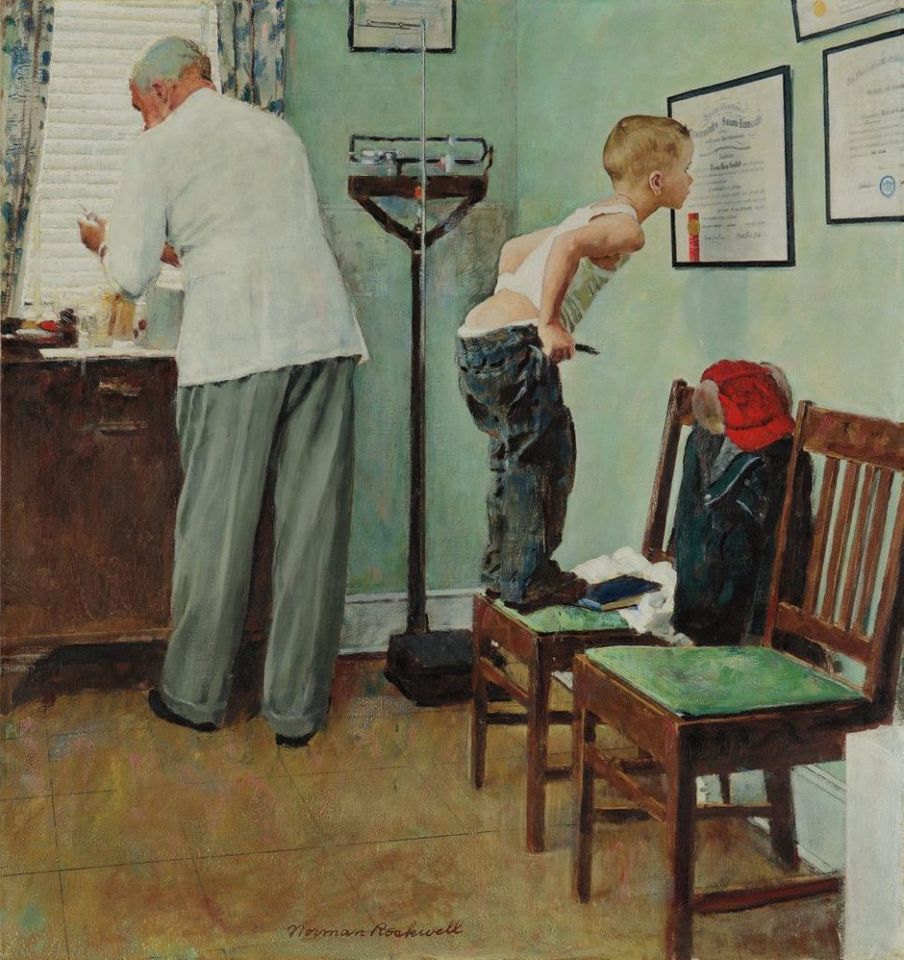 An American classic, Norman Rockwell's Before the Shot (1958), sold to a British contemporary art collector at Phillips. Courtesy of Phillips

The highest-priced lot of the evening was Jean-Michel Basquiat’s The Ring (1981), backed by a guarantee but which sold for $13m ($15m with fees) on a $10m-$15m estimate. Unusually, the auction house featured a classic Norman Rockwell painting in its sale—it certainly stood out among the Koons and KAWS works, but like many of the artists Phillips features in its sales, Rockwell has an undeniable populist appeal. The American artist’s Before the Shot (1958) (estimate $2.5m-$3.5m), also guaranteed, inspired a short bidding war and sold to a British collector, Lisa Reuben, for $3.9m ($4.7m with fees). “I don’t think the collector would have ever considered this work had it not been in a sale like this,” Manley says.

As the last major series of sales of not only the year but the decade, it is tempting to look to see the November auctions as a harbinger of what may come. It is of course worrying that the last time there was a roughly 30% downturn in the art market was in 2009, right after the global financial crash.

A subdued series of sales, however, need not necessarily be deemed an entirely septic one. Compared with ten years ago, "now there are a huge amount of works on offer in the market because of the increased number of auctions, fairs, galleries and now online auctions, day and night," Clore says. "As a result, the volume of art for sale has increased considerably," she adds, forcing collectors to be more discerning.

There is a continued taste for the overlooked and undervalued, pushing the markets for more women and artists of colour upward, albeit not without growing pains. Sotheby’s set a new world record for the Polish artist Tamara de Lempicka, whose La Tunique Rose (1927) was the only work by a female artist featured in its Impressionist and Modern sale. It sold for more than double its low estimate, hammering at $11.5m ($13.4m with fees). At Phillips, the first three lots of its evening sale were by women—Julie Curtiss, Tschabalala Self and Sturtevant—and all easily met or outstripped their estimates. 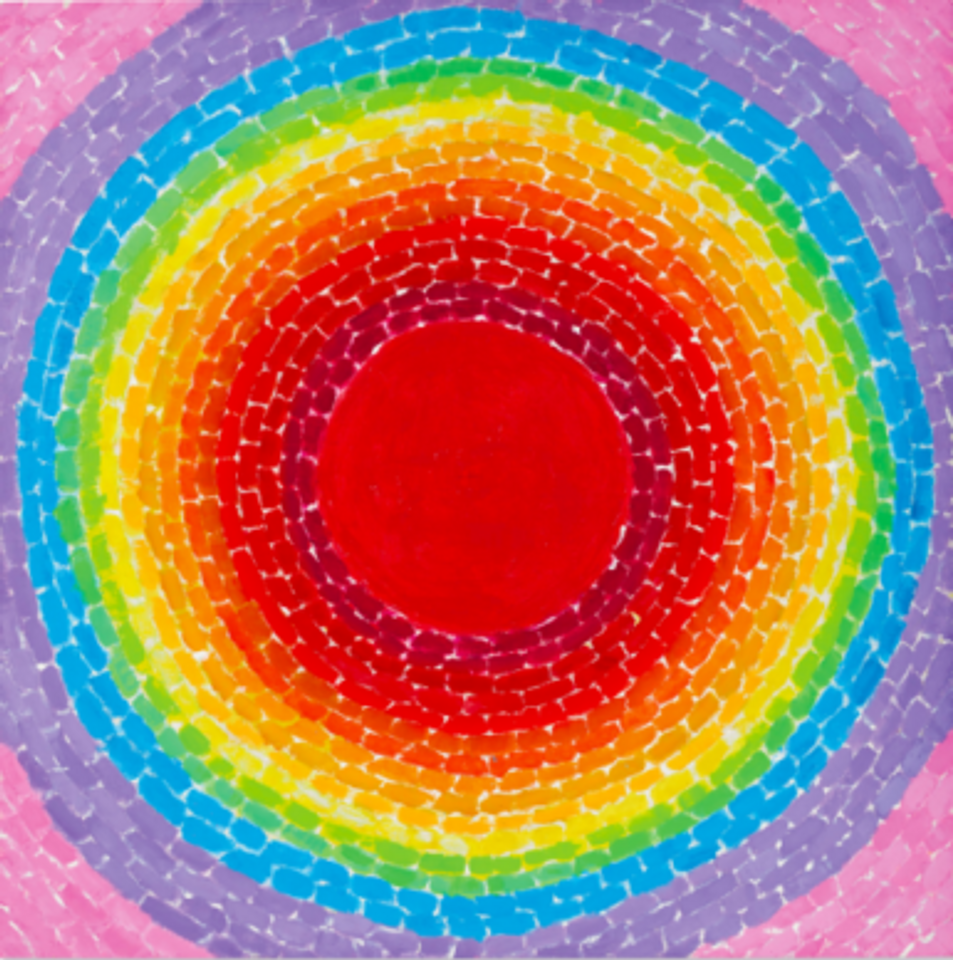 Works by African American artists Alma Thomas, Norman Lewis and Charles White made evening sale debuts and all set records. But price setting for artists without much auction history is “tricky”, says Alex Rotter, the chairman of Christie’s post-war and contemporary department. “Prices will go up for these artists, but there is still some secondary-market sticker shock, it’s unfortunate.” He notes that a collector he works regularly with sold a Thomas painting for $3m privately earlier this year but her auction record was only around $500,000. “At least this sale got closer to her ‘real’ price,” Rotter says of the $2.2m ($2.6m with fees) result for A Fantastic Sunset (1970).

With little substantial sales history, even privately, and on the heels of a major travelling retrospective, White’s work was even harder to price, Rotter says: “It was just a stab in the dark.” Christie’s set the record for the artist when his painting Banner for Willie J (1976) sold for $1m ($1.2m with fees) on a single bid before it was reset the next night at Sotheby’s, when Ye Shall Inherit the Earth (1953), a work on paper, hammered at $1.45m ($1.8m with fees) after a four-minute bidding war.