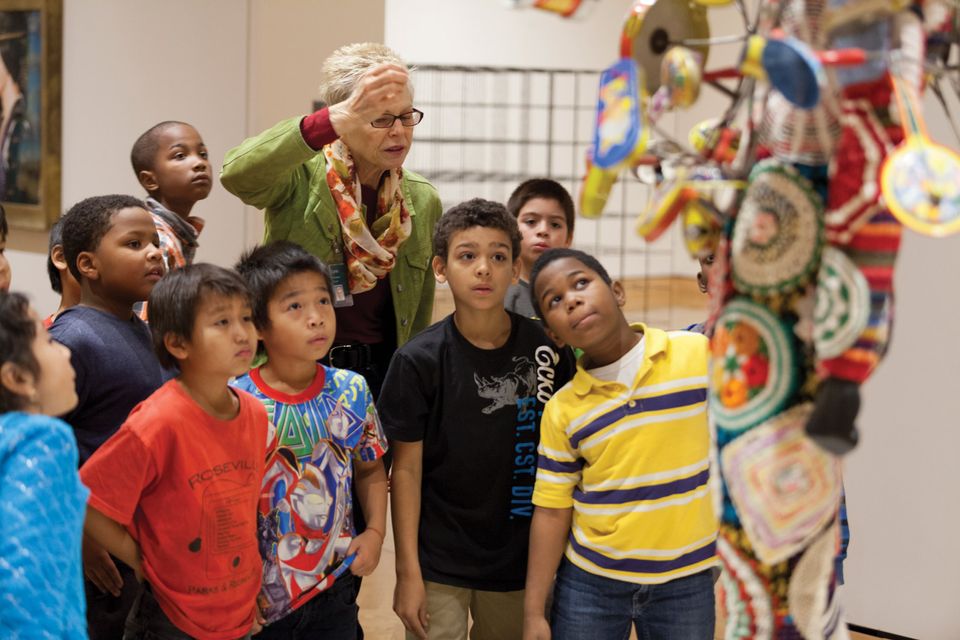 When Makeba Clay was interviewed for her job in the newly created position of chief diversity officer (CDO) at the Phillips Collection in Washington, DC, announced in April, she tried to manage expectations about what she can achieve in the role. “It’s a misconception that the person comes in with a [superhero] cape,” says Clay, who has more than 20 years of experience on diversity issues in higher education and cultural institutions.

“We are working on it together, but I’m taking a leadership role,” Clay says. And in US institutions, there is a great deal of work to be done on diversity, which relates to staff, boards, leadership, audiences, programming and collections—all-white boards oversee nearly half of US museums, and 93% of museum directors are white, according to a report published by the American Alliance of Museums in 2017.

There is no typical day in her role, which includes weighing in on curatorial decisions and strategic partnerships with other organisations. A morning might find her planning a ceremony in which an Australian aboriginal artist seeks ancestral permission to create a work, while an afternoon might include meeting with human resources to discuss outreach strategy.

A search on LinkedIn reveals barely a dozen people in the museum sector who identify as having some sort of a diversity management role, but it is a growing area. Provost Nam, who was recently hired as the diversity and inclusion manager at the Minneapolis Institute of Art, says that often, organisations “think that it is enough to add the title to an already existing employee, who is already over capacity. [They] later wonder why the efforts weren’t as impactful as they had hoped.”

But at the Smithsonian Institution, which includes 19 museums and the National Zoo, the secretary David Skorton chose not to create a chief diversity officer role, because he “wants diversity to be integral to all Smithsonian units and not give people an opportunity to say, ‘Oh, I don’t have to worry about that because it’s so-and-so’s job’”, the Smithsonian’s head spokeswoman says.

Diversity and inclusion are integral to the Smithsonian’s entire operation, says Era Marshall, the director of its Office of Equal Employment and Minority Affairs. “We don’t see the need to have it as a standalone.” While she says she would not discourage institutions from coming up with their own systems to tackle the issue, “if you have a group of people that is resistant, a CDO is not going to do it”.

And, though Clay feels the role is necessary, she thinks not all institutions, particularly where boards are not fully committed to diversity, are ready for it. “Leadership has to be on board,” she says.

At the Crystal Bridges Museum of American Art in Bentonville, Arkansas, Rod Bigelow holds the double title of Executive Director and Chief Diversity and Inclusion Officer. The board decided to create the dual role “to make sure that the institution was fully invested in addressing the challenges that the whole [museums] field has, as well as [Crystal Bridges]”, Bigelow says. Conversations he has had about diversity with boards at other museums have been sparked by the title, he adds. “When our institution is elevating that effort to the highest level in the organisation, people start to think about it a little more comprehensively.”