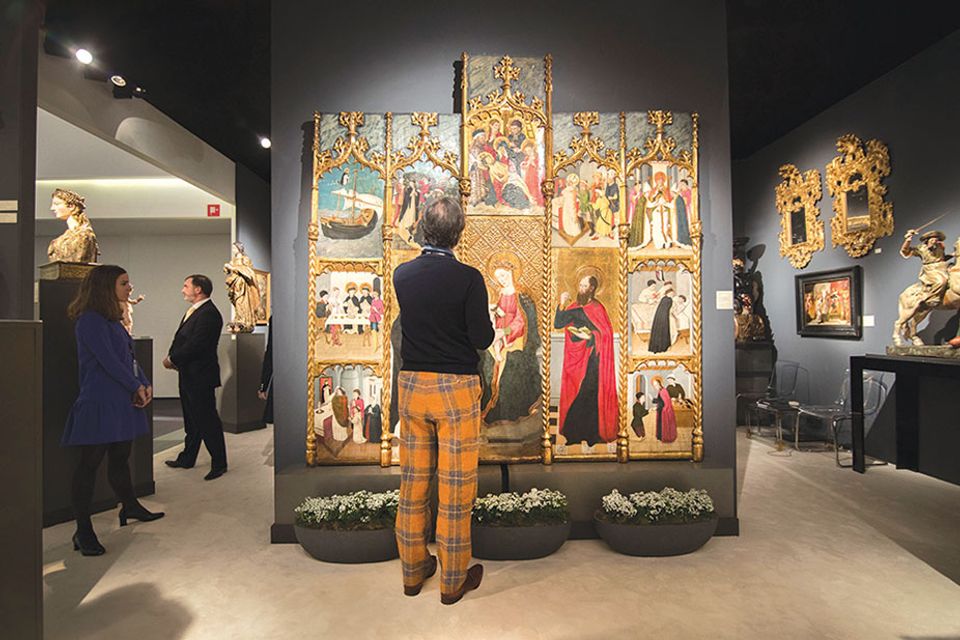 Like the galleries that support them, art fairs have had to adapt to the changing dynamics of the wider market. Tefaf Maastricht, which has been running since 1988 and was until recently regarded as a bastion of tradition, is no exception.

The first signs that the Dutch fair was looking to grow its market appeared in 2013, when the organisers announced plans to launch in Beijing via an ambitious joint venture with Sotheby’s and state-owned Gehua Group. The initiative proved too ambitious in the end, and plans were shelved within nine months.

But the itch to expand the brand out of its Maastricht HQ had been scratched and, come 2016, the fair decided to go to New York instead, where it opened two well-received, compressed versions—one in October for its core dealers in older art, the other in May 2017 dedicated primarily to Modern and contemporary works. The thinking was to grow brand awareness among the important US collectors who, at the time of its first outing in New York in October 2016, accounted for fewer than 5% of its Maastricht visitors.

Other changes were happening behind the scenes to adapt to the 21st century. Some might remember the short-lived Tefaf Ten, a mini e-commerce platform hosted by Invaluable for ten exhibitors during Tefaf New York Fall 2017. That venture died along with the Invaluable partnership, but last year the fair joined with Artsy to support exhibitors beyond the fairs.

Meanwhile, new blood was brought into Tefaf’s trustee body and executive committee, and younger specialists are now on board. The fair’s vetting committees have also had an overhaul, thanks in part to US legal issues around the potential conflicts of interest among dealers and auction specialists. 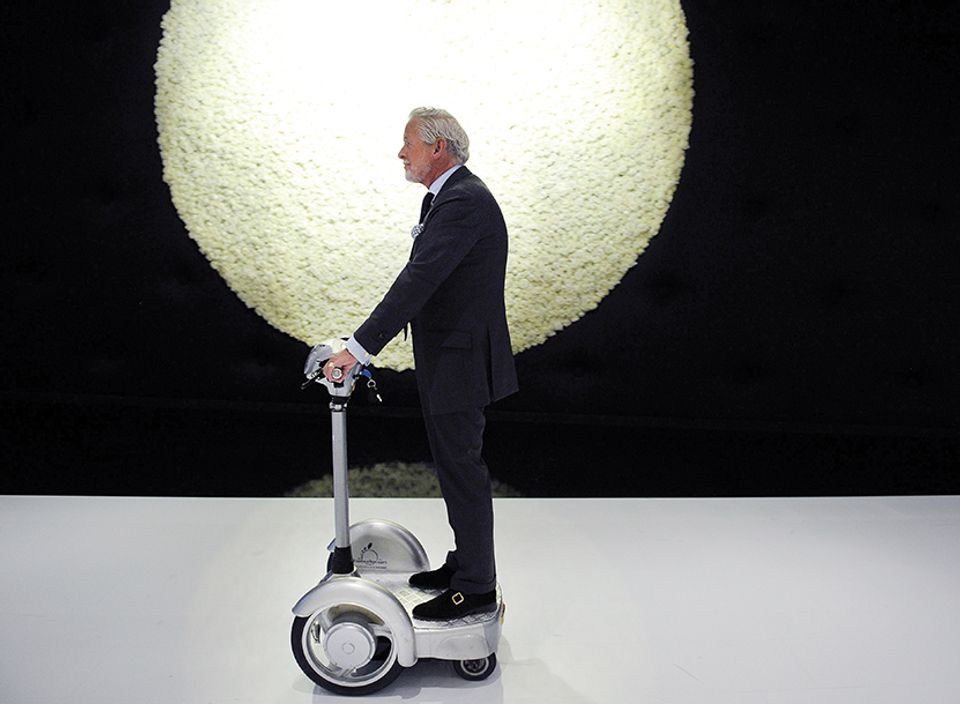 A visibly moved attendee at Tefaf Maastricht’s art and antiques fair back in 2012. © Marcel Van Hoorn/EPA/REX

For this year’s Maastricht fair, attention has zoomed in on improving its historically patchy Modern and contemporary offering—a project that the New York dealer Christophe Van de Weghe, now chairman of this sector at the fair, has thrown his considerable weight behind. “It’s about being strong in every category across 7,000 years of art,” says Patrick van Maris, the chief executive of Tefaf. Of the 40 dealers new to this edition, 14—including Sprüth Magers and Pace Gallery—come into its revamped Modern section.

To date, Tefaf Maastricht has seemed half-hearted in this area, despite 54 out of a total of 264 booths appearing in its Modern section last year, the same number as in its Old Master paintings category. But taste is increasingly moving away from older art, and, more recently, from the cutting-edge contemporary too. Whereas Tefaf has enjoyed the luxury of being pre-eminent in the (relatively uncrowded) field of loosely labelled “historical” art and antiques fairs, the top-name Modern art galleries are in demand, with a surfeit of Modern and contemporary fairs vying for their attention.

“The DNA of Tefaf has always been in Old Master paintings and the decorative arts, but we are adapting to requirements and taste,” Van Maris says. “People like to mix categories now and we have to cater to the new clientele.” This year, the Modern dealers outnumber the Paintings crew by 57 to 53 among the fair’s 276 exhibitors. Antiques still represent the biggest section (97 exhibitors this year).

By presenting itself as a top-notch, mixed-category fair, however, Tefaf Maastricht finds itself in an increasingly competitive environment. “For 20 years, Tefaf Maastricht was the only fair we did,” says Emma Ward, managing director at the New York- and London-based Dickinson. Now the Old-Master-to-Modern gallery has added Masterpiece London in the summer and Frieze Masters in October (launched in 2010 and 2012 respectively). Ward’s gallery also shows at Tefaf’s Modern art fair in New York in May, further boosting the number.

Dickinson is not the only one. Some 36 galleries at this month’s Tefaf Maastricht were at Masterpiece London last June, while 31 showed at Frieze Masters, and about a dozen are doing all three fairs. Of the grand slam, Ward says, “there’s a slightly different demographic at each fair”. Masterpiece, which she describes as “elegant, fun and manageable”, is also “at the best time of year in London, so you get wealthy people from, say, the Middle East in town who want to buy something, almost as a souvenir”.

Frieze Masters, she says, “attracts a very 20th-century friendly crowd”, as well as art buyers in town for Frieze London, the coinciding auctions and contemporary fair across Regent’s Park. Tefaf’s Maastricht flagship is, Ward says, “still the bellwether Old Masters fair”; as such, it has a long history of bringing in “museum directors and curators from around the world”.

Rare maps and books dealer Daniel Crouch also shows at all three fairs and welcomes Tefaf Maastricht’s upgrade of its Modern sector. “It’s about moving with the times,” he says. “There are fewer Old Masters dealers and customers, and we’ve seen the markets shrink for antiquities and, I’m afraid, rare books.” Anything that brings in fresh faces is therefore a bonus. “A lot of people don’t know that they want our stuff until they see it,” he says.

Crouch’s Tefaf fare this year ranges from the affordable, urban maps with “wall-power” that sold very well at Frieze Masters in October (about £30,000 each) to a pair of 1648 Willem Blaeu floor globes priced at €1.5m. In keeping with his crowd, Crouch also brings the first printed map of Amsterdam (1544), a wall map of 's-Hertogenbosch (1631) and two town plans of Maastricht that record sieges in 1579 and 1673.

The unlikely city of Maastricht, nestled in the southern Netherlands away from major transport hubs, is also key to Tefaf’s identity, and here again the fair has redoubled its efforts. In 2017, it formed a ten-year partnership with the Limburg provincial government, the city of Maastricht and the MECC Maastricht convention centre, where Tefaf is held, to improve the city’s infrastructure. More hotels and a long-awaited direct flight from a European centre are promised. Although Tefaf has moved its office from Helvoirt to Amsterdam, talk that the fair itself should move to Brussels or Amsterdam has died down. “We are a destination fair,” Van Maris says, and many of his exhibitors now agree.

How the multiplicity of multi-category fairs will settle remains to be seen. Core to Tefaf’s latest initiative will be the commitment of its high-powered Modern dealers, who increasingly have to cherry-pick the fairs they are going to do on a yearly basis. “We think it’s worth a try and will see how it goes this year,” says Monika Sprüth, co-founder of Sprüth Magers, who is bringing a solo booth of ceramics by Rosemarie Trockel that she describes as “timeless, in keeping with the fair”.

For now, Tefaf’s management is, by its own admission, juggling the possibilities of a market in flux, something that is harder for a long-standing fair to do, particularly one trying to satisfy exhibitors in so many sub-markets. It has not been without its growing pains—going from organising one fair to three overnight has not been straightforward. Van Maris, who took on the chief executive role in 2015, takes it in his stride. “There are very strong opinions, which are sometimes polarised, so it’s impossible for everyone to be happy all the time,” he says. “For the success of the fair in Maastricht, we have to have a little bit of courage.”