Events have moved to summer and autumn in a swift response, with acceleration of online activity 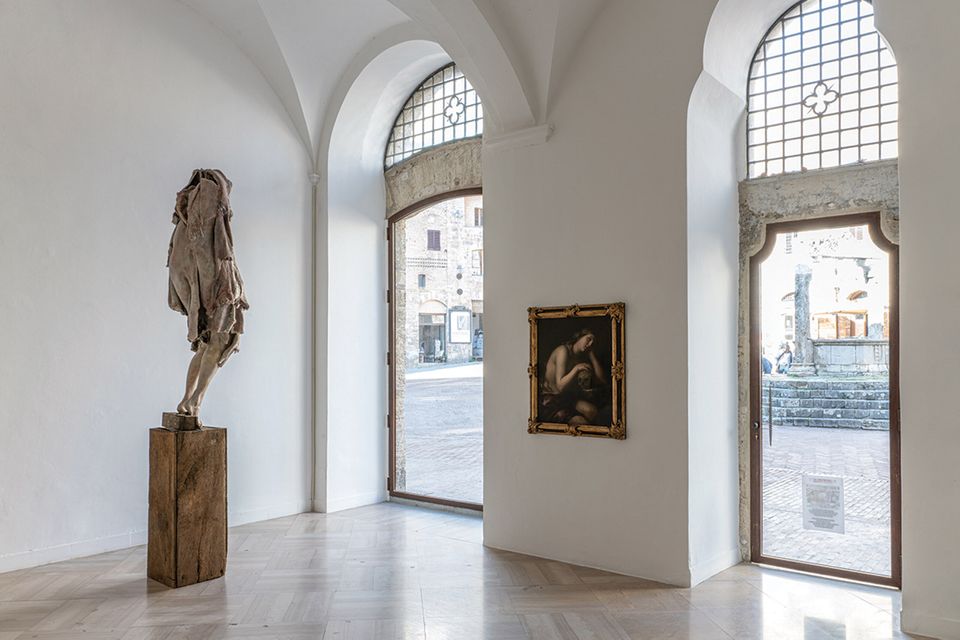 The title of this year’s Venice Architecture Biennale, postponed from May to August, strikes a prophetic note: “How will we live together?” The answer—by everyone working from home—was borne out by the opening press conference with the Biennale’s president Paolo Baratta and the curator Hashim Sarkis, held online only on 27 February.

Coronavirus (Covid-19) struck Italy in February with unexpected speed and veracity—with more than 14,000 deaths at the time of publication—and the art sector was one of the first to be affected. The first restrictions on northern Italy were introduced on 23 February and by the following Monday, Turin’s Castello di Rivoli had cancelled the opening of its exhibition Facing the Collector: The Sigg Collection of Contemporary Art from China, Milan’s Galleria Raffaella Cortese was open by appointment only for its exhibition Yael Bartana: Patriarchy is History, and other museums and institutions such as Milan’s Pirelli HangarBicocca chose to close to the public.

In contrast to some other European countries, decisions were taken quickly, with this month’s major art and design fairs in Milan swiftly postponed: the Salone del Mobile was moved to 16-21 June, while Miart and Milan Art Week were moved to 11-13 September. Christie’s also moved its only Italian auction, Thinking Italian Milan, from April to November, while Sotheby’s Modern and contemporary art sale has been shifted to 11 June.

“Moving the Milan auction to November was a good decision, and at the moment there are no losses,” says Mariolina Bassetti, the chairman of Christie’s Italy. “It is an important auction and deserves adequate promotion, to protect the sellers.” She adds that Christie’s record-breaking Yves Saint Laurent sale in 2009 was held just after the collapse of Lehman Brothers, and “private sales are going ahead—we’re working remotely”.

Galleria Continua, which has galleries in Cuba, France and China and two in Italy, was among the first to confront the virus by closing its Beijing gallery. “It was a shock, but the experience has been useful here in the West and it’s come as less of a surprise,” says one of the gallery’s owners, Lorenzo Fiaschi. “The virus knows no borders”. He says that due to the cancellation of Art Dubai and Art Basel in Hong Kong, the early closure of Tefaf Maastricht and Miart’s postponement to September, the gallery foresees a 20% drop in turnover. “Then there will be the bottleneck of autumn events,” he says. The gallery is due to celebrate its 30th anniversary in San Gimignano, Italy, later this year but, Fiaschi says, “maybe we will celebrate next year”. Meanwhile, the Milan-based gallery owner Gió Marconi expects that revenues from fairs will be down 10%-15%. “We’ll see how the international market goes, but for now the situation is very serious and everything is on hold,” he says.

Giuseppe Bertolami, founder of the eponymous auction house and gallery based in Rome and London, is more upbeat. “We moved the London auctions to June and accelerated the programme of online auctions,” he says. “Offline selling is almost non-existent now; who goes into an antique shop in Rome today? Instead, online is the best way to relaunch the mid-range and find new markets. This situation will bring something positive, if we adapt our systems correctly and support online sales with teams of accredited vetting experts.”

But the Turin auction house Della Rocca takes a different view. It has decided to “suspend all auction activities, including online, in order to protect the value of the works entrusted to us. At a dramatic moment like this, we are aware that the market could be severely affected by extreme uncertainty and confusion”.