The year in heritage

Perhaps the ugliest of the many ugly moments in the first year of the Trump presidency was triggered by a heritage issue. The violent white nationalist rally in Charlottesville, Virginia, on 12 August was a protest against the planned removal of a statue of the Confederate general Robert E. Lee in the city. Amid his equivocations of the nationalists and neo-Nazis with counter-protestors, widely condemned by Republican and Democrat lawmakers alike, Trump showed his understanding of history and public sculpture in the US to be as shaky as his take on the country’s racial politics. “Sad to see the history and culture of our great country being ripped apart with the removal of our beautiful statues and monuments,” he tweeted on 17 August.

Charlottesville hastened rather than prevented action on the removal of monuments

Though some of the statues are of artistic merit and made by leading sculptors, a great many were mass-produced in cheap granite and zinc as propaganda in the Jim Crow era in the late 19th century, or even in the 1950s as resistance to the civil rights movement. Nonetheless, the Charlottesville riot hastened rather than prevented action on the removal of Confederate monuments: in the days immediately after, planned removals occurred in Baltimore, Maryland, and Gainesville, Florida. North Carolina’s governor also advocated removals. But the debate rumbles on about how to treat the removed statues: where should they go? Are they worthy of inclusion in museums? How should the history of the Jim Crow era be represented if not in public glorification of those who fought for slavery?

If 2015 and 2016 were dominated by the news of Islamic State’s destruction of more significant heritage in the Middle East, such as the ancient buildings at Palmyra, the retreat of the Islamist group from Iraq and Syria has occurred amid encouraging news of reconstruction and preservation. For instance, in October we reported on how the World Monuments Fund in Britain was working with the Petra National Trust to train Jordanian students and Syrian refugees in traditional stonemasonry, including ornamental and practical cutting techniques, conservation processes and stabilisation methods, giving them the tools to repair heritage buildings damaged during the war. We also reported on how recent initiatives such as the UK government’s Cultural Protection Fund, and private charities like Turquoise Mountain, had helped transform Murad Khani in Kabul’s Old City, where more than 1,350 locals are being trained in traditional craft and construction methods to help restore their city. 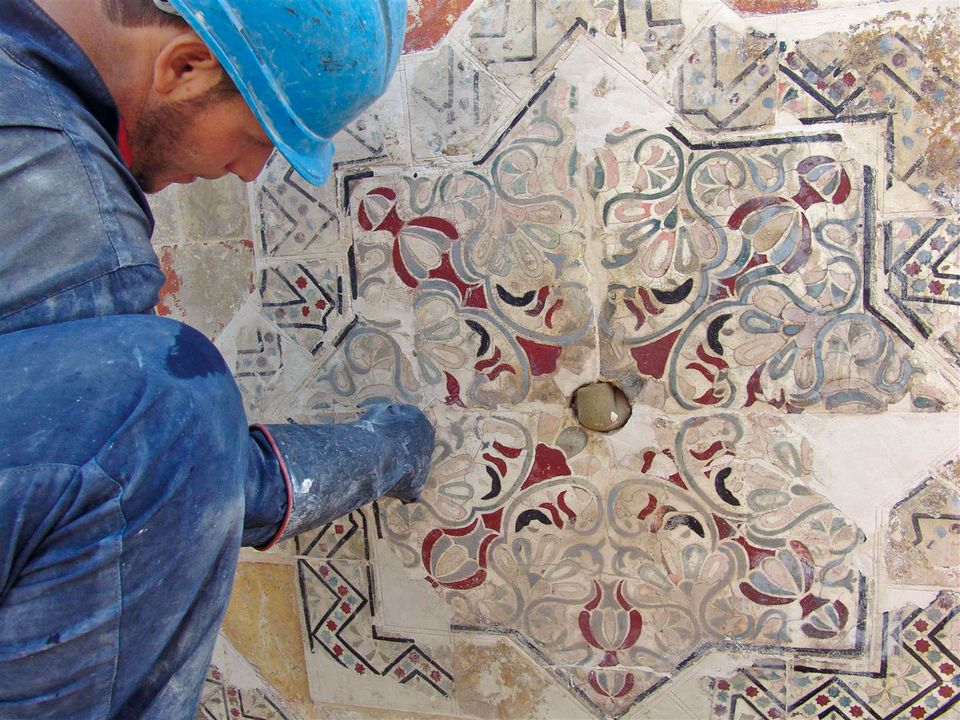 The Cultural Protection Fund was formed in anticipation of the UK’s ratification (many years too late) in September of the 1954 Hague Convention for the Protection of Cultural Property in the Event of Armed Conflict. This was one bit of good news amid the continuing struggles at Unesco. Its fractious relationship with the US, which suspended funding following Unesco’s recognition of Palestine in 2011, came to another head in October, when the US withdrew fully from the agency in protest at bias against Israel, among other things. Israel duly followed (how could it not given the US position?). It is but one of the problems facing the surprise new director-general of Unesco, Audrey Azoulay, who was elected to the role ahead of several Middle Eastern candidates. She faces a vastly reduced budget and a fight to restore the agency’s credibility when it seems mired in politics and fiddly bureaucracy, and is regarded by many as too acquiescent to the lobbying of governments.

Artists crowdfund to save UK museums

Artists crowdfund to save UK museums