'I wouldn’t be here were it not for public funding': Turner Prize-winner Charlotte Prodger makes case for state support for the arts 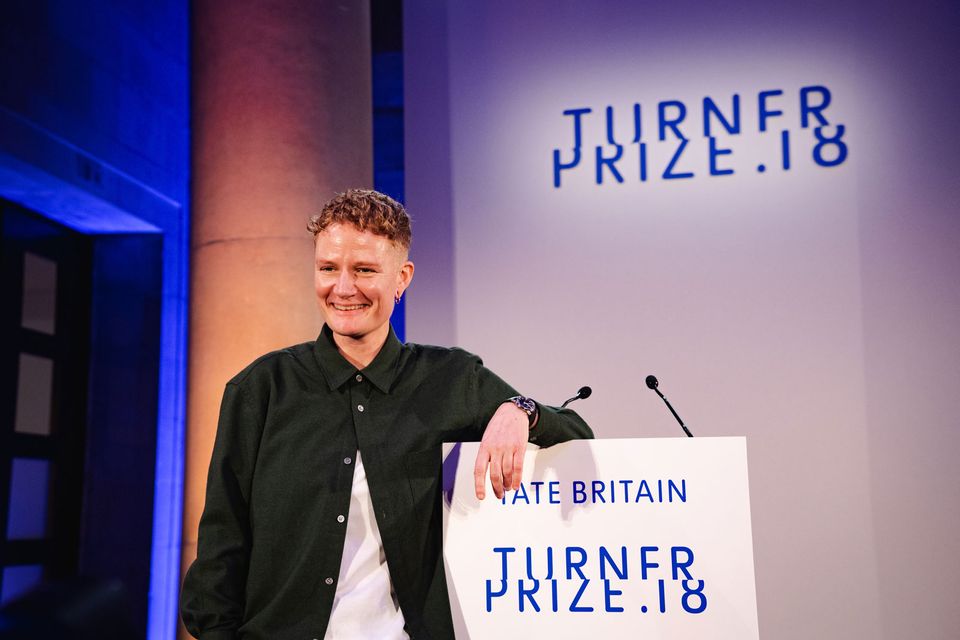 Charlotte Prodger, the Glasgow-based film and video artist, won the 2018 Turner Prize at Tate Britain last night, and immediately used her speech to make an argument for the importance of public funding for the arts in Scotland. “I wouldn’t be in this room were it not for the public funding that I received from Scotland for free higher education and then later in the form of artist bursaries and grants to support not only the production of work but also living costs,” Prodger said from the podium. She had been presented with the £25,000 award by the author Chimamanda Ngozi Adichie who also used her speech to talk about the universal cultural importance of the arts.

The direct financial support of artists by Creative Scotland, formerly the Scottish Arts Council, has been instrumental in the careers of many artists based in Glasgow who have become internationally renowned and made the city a contemporary art centre with a comparable influence to London. Amid UK-wide austerity cuts and falling lottery income, Creative Scotland has struggled to fund the arts to the same degree as it had in the past, and prompted an outcry last year when it cut funding to landmark arts organisations including the Transmission gallery, a linchpin of the Glasgow scene. Prodger also reiterated the importance of the famously tight-knit, collaborative Glasgow art community to her work. “I wouldn’t be able to make art at all without the ever-generous critical, emotional and material support of my friends, some of whom I have formal working relationships with, and some who aren’t so visible.”

In her speech, the Tate's director Maria Balshaw, who expressed solidarity with Tania Bruguera and other artists detained in Cuba over recent days, described what she called “inexcusable facts” about the arts in British education. Pointing to Time to Listen, a research report looking into arts in schools launched in October by the Tate, the Royal Shakespeare Company and the University of Nottingham, she explained that 6,000 students had “told us how important they think the arts are to their education and their life futures”. But the report had damning evidence of the arts’ diminishing importance in British education. “Because art is not sufficiently valued, young people feel they can’t risk choosing to study art, and state-funded schools struggle to create the time for them to do so,” Balshaw said. “The result has been a steady decline in the number of students who enrol for arts subjects. It is not good enough: not good enough for young people and not good enough for the future that we should wish for, for this country and the rest of the world.”

Prodger beat the favourites Forensic Architecture as well as Luke Willis Thompson and Naeem Mohaiemen to the prize, in a year dominated by film and video works. In her speech, Prodger described herself as “quite overwhelmed” and added: “It is a daunting evening I think for many people tonight and I think, particularly the artists. But it feels very warm in here tonight and I’m grateful for that, so thank you.”

Prodger will also represent Scotland at the Venice Biennale next year, and was shortlisted for the Film London Jarman award in 2017. Asked by Will Gompertz, BBC News’ arts editor, the rather tricky question of why her work is resonating so much today, after two decades of her being a quieter presence on the British art scene, Prodger replied: “I guess my work is quite personal and it’s becoming increasingly personal, actually… maybe that resonates with people sometimes because I guess the stories that I’m telling, although they’re mine and they’re personal, are stories that a lot of people—well, I guess queer people—have experienced.”

Bridget (2016), Prodger’s film in the Turner Prize exhibition, is a poetic video narrative filmed entirely on an iPhone, weaving together broad references with diaristic passages written by Prodger, and narrated by her friends. Some argued that hers was the least political of the four artists' work, but among those personal stories are her memories of coming out as gay and her experiences as a queer woman, set against in a broader political and social context. “I was thinking about self-determination when I made Bridgit and the forms that it might take, both in relation to bodies and to geography,” she says in a video for the Tate Shots strand. “So, for instance, I voted for Scottish independence, with its optimism being a way of opening out of discourse and exchange, of self-determination. And I was thinking about the importance of self-determination to histories of queer struggle, and this feels important still now, when, for example, there’s an encroachment on queer spaces which is in part due to the commodification of a queer aesthetic in fashion, music and the art world. So by lifting those forms or aesthetics, there’s an emptying out of the politics that was originally so important.”

Prodger’s use of the iPhone is part of a long-held interest in the “intertwined relationship between the body and technology”, she says in the film. She points to the way “your fingers get in the shot, they’re fleshy… you can see the blood when you put your finger [over] the tiny lens, you touch and rub the screen to alter the exposure”. Bodily systems “are enmeshed with the camera—it’s a kind of symbiosis, but also a kind of grappling: I like that”, she explains.

Prodger became the third woman in a row to win the prize, after Helen Marten in 2016 and Lubaina Himid last year—the first time this has happened in the prize’s history. It took nine Turner Prizes before a woman, Rachel Whiteread, won it, and in the award’s first 25 years, it was given to only three women. In the past ten years, six female artists have been crowned winners.