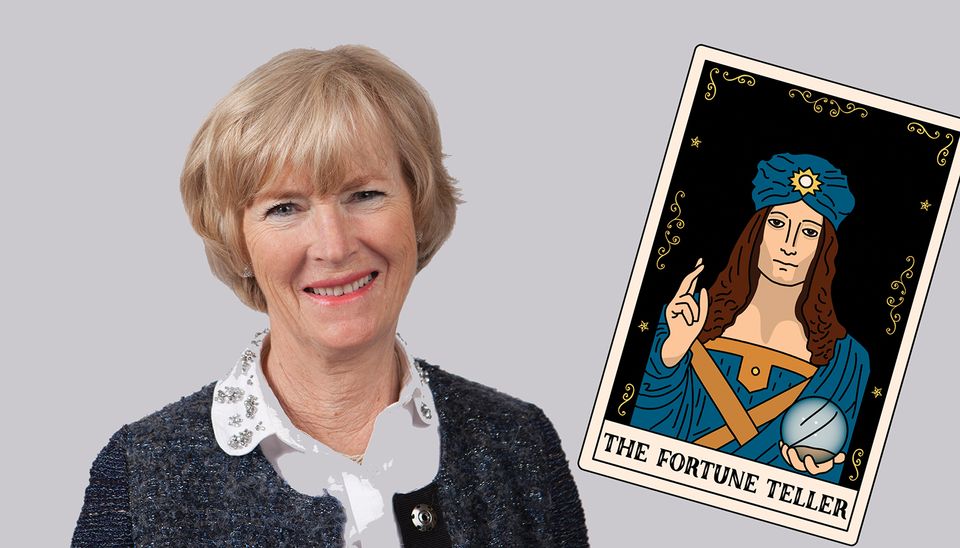 My annual attempt at gazing into my crystal ball to predict what will happen in the coming year in the art market has been comprehensively blown up by a single event in 2017: the astonishing, record-shattering, beyond-predictable price made by Leonardo Da Vinci’s Salvator Mundi.

$450 million! The 19-minute bidding battle for the 500-year-old painting, which ended with the winner jumping $30m in a single increment, swept away pretty well everything we thought we knew about the market. The price is a quantum leap over the previous highest price of $300m, thought to be the sum paid by hedge-funder Ken Griffin, for Willem De Kooning’s 1955 Interchange in a private deal in 2016.

So, was this an outlier, a blip on the radar, a price only possible for “the last da Vinci” and not something we will see again?

I do not think so. The sale reset the clocks, and I predict there will be a long-term effect on the market.

Firstly, that result will surely reinforce the use of guarantees. The (undisclosed) amount the third-party guarantors must have made on the Leonardo will surely trigger a clamour from others to offer these incentives.

But the bellwether auctions are already so packed with financial instruments that they are more like a spectator sport than genuine marketplaces, with the outcome more or less a foregone conclusion. And why would vendors not accept a guarantee, particularly in the light of the very public failure at Christie’s London in October, just a month before the Leonardo sale, of Francis Bacon’s Study of Red Pope 1962. 2nd Version 1971, (1971), which “went naked” sans guarantee and was estimated at an over-optimistic £60m-£80m?

I predict the use of guarantees will accelerate and that in the foreseeable future we will not be seeing any highly estimated work of art going up for sale without this protection.

In New York in November, the Leonardo and a Formula 1 car were included in sales of contemporary and Modern art, respectively at Christie’s and Sotheby’s: both firms stuffed very expensive items into the hottest part of the market, despite their glaring unsuitability. And it worked.

I expect to see more of such inclusions, with the price being more important in determining who an item sells to, as opposed to its traditional “category”.

Until the Salvator Mundi sale, I was inclined to think that private sales would continue to increase. In its third-quarter filings, Sotheby’s reported that Art Agency, Partners, the art advisory firm it bought for $85m in 2016, had fully achieved its financial target. Presumably they were responsible for a sizeable chunk of the $446m Sotheby’s made in private sales in the third quarter of 2017, compared with $417m in the same period in 2016.

Will the Leonardo sale reinforce the auction route compared to private sales? The secrecy and lower risk levels associated with private transactions—and, crucially, with the price remaining secret—mean that some vendors will continue to choose this option. Still, only at auction is there the chance of a crazy, unprecedented price.

While many claim the Old Master market is in decline, dealers say that the problem is a lack of top-notch works, rather than changes in taste and motivation, and a dearth of new young buyers.

There are still great works tucked away in private hands, and the Leonardo price might tempt them out. Even if there are high taxes to pay, heritage rows and export bars, the Leonardo sale might cause some to look anew at their treasures.

I expect a revival of interest in Old Masters in the coming year, both in improved supply and in buyers looking more closely at this sector. And I predict that the scholar Martin Kemp will receive even more submissions every month of what he calls “non-Leonardos”.

And finally, before I move on (with difficulty) from the Leonardo, I think the sale will also bolster the whole art-as-an-investment market, with banks, fund managers, family offices and wealth managers taking an even sharper interest.

Back in the real world

Overall, the art market can look back with relief on 2017, having seen sales improve dramatically from 2016. This optimism seems very likely to be sustained, notably because President Trump’s US tax reform proposals, if they are passed, will benefit the wealthiest. Coupled with a buoyant Dow Jones, the US art market seems set to continue its upward trajectory.

There is one potential obstacle— the proposed ending of “like-kind” exchanges, which came under section 1031 of the tax code. This enabled art collectors to defer paying capital gains tax on the sale of works of art, so long as they bought another comparable piece within 180 days. If—and this was not a done deal at the time of writing—“ten-thirty ones” are eliminated, I would expect a brief sales boost while collectors take advantage of its provisions, but then there could be a fall in transactions. But watch also for changes in estate tax, which could mean that the deferred tax under 1031 might never have to be paid…

The relentless drumbeat of mid-market gallery closures continued in 2017 and, while these were by no means all due to financial failure, nevertheless this sector of the market is under severe pressure. Dwindling footfall, rising rents, predatory bigger galleries, the need to attend multiple fairs—all these issues mean that many mid-size gallerists are facing the need to reinvent their business model.

I think this is the part of the market where we will see the biggest changes, as galleries explore new ways of doing business, from shared spaces to co-operative initiatives and partnerships. At the same time, fairs will continue to replace the need for bricks-and-mortar space for many middle-market galleries, as more and more mid-range sales are done in the aisles, not on the streets.

• Georgina Adam’s new book, Dark Side of the Boom, is out now, published by Lund Humphries