Debate over attribution has marked modern scholarship on this great master, bringing nuance to the Oxford show 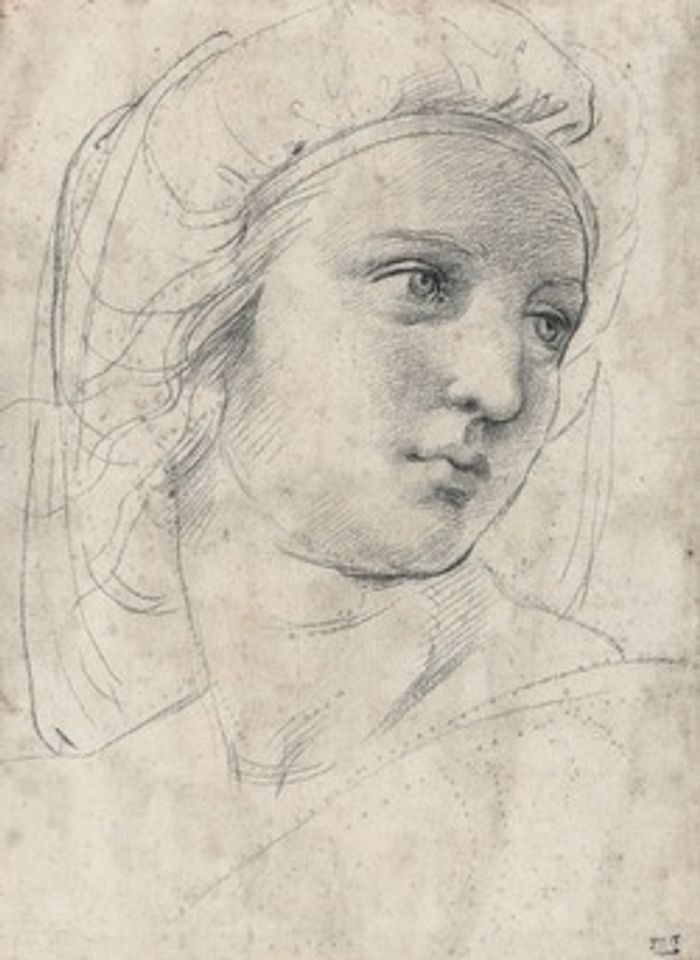 The UK is particularly fortunate to have very large collections of drawings by Raphael concentrated in three public institutions: the British Museum, London; the Royal Collection, Windsor Castle; and the Ashmolean Museum, Oxford. The exhibition Raphael: the Drawings at the Ashmolean, which opened this week, exhibits 120 of these works, of which 50 are from the museum’s collection—the largest holding anywhere. The show is in collaboration with the Albertina, Vienna (which has contributed 25 works), to where the show will later travel (29 September-7 January 2018).

Raphael was by any measure an exceptionally accomplished and—given he died at the age of 37—extraordinarily prolific draughtsman. His extant oeuvre consists of hundreds of drawings, generally thought to be a mere 10% of his output. The works cover a range of media and techniques—metalpoint, pen and ink, brush and wash, red and black chalk, stylus underdrawing and pouncing—that served as preliminary sketches, compositional studies, figure drawings for poses and drapery, modelli and cartoons. Received opinion has been that, for all his artistry, Raphael was primarily a utilitarian draughtsman. While disegno was unquestionably the foundation of his art, it was nevertheless the means to an end.

In 1983, the 500th anniversary of Raphael’s birth, there were major exhibitions at the British Museum, the Louvre Museum in Paris, the Albertina, the Pitti Palace in Florence and the Morgan Library & Museum in New York. Two catalogues raisonnés were published: one by a team led by the Austrian art historian and one-time director of the Albertina, Konrad Oberhuber, the other by the British scholar Paul Joannides.

The problematical areas were Raphael’s earliest and latest drawings. The latter are more numerous and less distinguishable, and were produced in the milieu of his Roman workshop. Oberhuber and his colleagues presented an expansionist view, assigning more than 600 works to Raphael, while Joannides, who excluded the architectural drawings, found only 460 double or single sheets to be autograph. Since then, scholars have tended to be either inclusive and revisionist, assigning more attributions to Raphael (thus reducing those thought to have been by his workers, among them Giulio Romano) or have been more moderate and restrictive, consigning fewer to him and more to his contemporaries.

Through the 1990s the debate took various turns; for example, the 1992 Louvre catalogue upgraded several pupil attributions to the master, while Martin Clayton’s 1999 catalogue of the Windsor drawings redistributed works among the pupils, rather than to or from Raphael. An exhibition in 1999 at the Palazzo Te, Mantua, and the Albertina, organised by Oberhuber and Achim Gnann, one of the curators of the current show, provoked strong criticism that the constant giving and taking of attributions had created an attributional minefield. At the Ashmolean, the curators Catherine Whistler and Ben Thomas sidestep this minefield by encouraging us to see Raphael’s drawings as virtuoso performances in themselves. In the Vienna version, Gnann will put Raphael’s drawings alongside a substantial group of paintings to uncover how Raphael worked out his designs. The Ashmolean catalogue is published by the museum (£25, pb).