The most important outdoor sculpture of this century has been ravaged by rust, pollution, politics and conservation debates 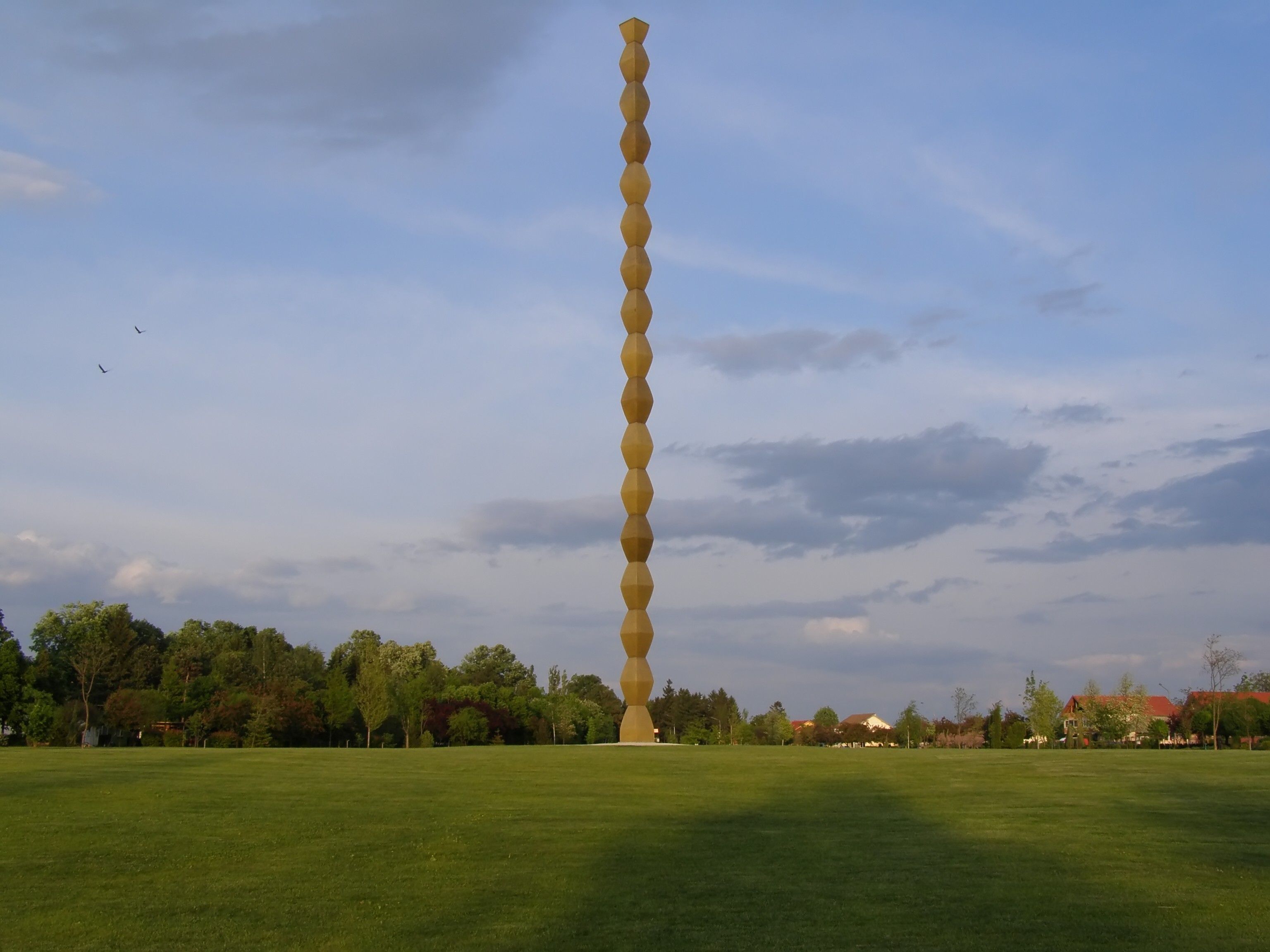 Conservators are divided over how to restore Brancusi’s Endless Column, which is widely regarded as the most important outdoor sculpture of the 20th century. The 100ft pillar was erected in 1938 in the Romanian town of Tirgu-Jiu, as a memorial to the dead of the First World War. Since then the metal column has become badly corroded and experts recently warned that the towering sculpture was in danger of toppling.

The column has now been dismantled, and this has confirmed that its central spine is in poor condition. Romanian engineers believe that the sculpture can only be saved by replacing the damaged core with an entirely new support. But this proposal has been criticised by Unesco, which says it would represent unacceptable intervention in such an important work of art.

It commemorates Romanian soldiers who pushed back German invaders from the bridge over the River Jiu in the First World War, and Brancusi described it as “a stairway to heaven”

Last month a Romanian government official told The Art Newspaper that a decision on this key issue will be made shortly. “Research is still underway on whether to replace the central spine, and we hope to decide by the end of the year. The column is a millennium project for Romania, and we want to complete work in 2000,” explained Sergiu Nistor, the director general responsible for heritage in the Ministry of Culture. Work will cost at least $2m.

Brancusi’s sculpture commemorates Romanian soldiers who pushed back German invaders from the bridge over the River Jiu in the First World War, and the sculptor described his column as “a stairway to heaven”. Brancusi’s bold design comprises 16 sets of massive rhomboid modules, threaded onto an internal steel column.

Completed on the eve of the Second World War, the Endless Column survived the war and the period of German domination, but the memorial was denigrated by the Communist government which took power in 1948. During the early 1950s, the local mayor branded Brancusi’s work as “reactionary”, and tried to have it demolished to recycle the metal. A rope tied to the column was pulled by a yoke of oxen, and when this failed to topple it, a tractor was used. The column remained standing, but it was tilted and from then on stood at seven degrees off the vertical. This increased the gaps between the cast-iron modules, leading to water seepage into the structure. Industrial pollution speeded up corrosion of the surface of the modules and the lower part of the column was eventually covered in graffiti.

During the early 1950s, the local mayor branded Brancusi’s work as “reactionary”, and tried to have it demolished to recycle the metal

Some efforts to restore the Endless Column were made in 1966 and 1984. But it was only after the fall of president Nicolae Ceausescu in 1989 that the problem was seriously tackled. By this time corrosion had caused very serious damage and experts from the Getty Conservation Institute and the Swedish Corrosion Institute argued that the column would have to be dismantled so that it could be properly inspected. If left, it was felt that it might simply topple over within four or five years, particularly in the event of earth tremors. The plan to dismantle the sculpture proved controversial in Romania, where it had come to assume an enormous symbolic importance as a national icon. Sorana Georgescu-Gorjan, the daughter of the engineer who erected the Endless Column for Brancusi, argued that her father Stefan would have wanted the sculpture to be conserved in situ.

Eventually, in November 1996 the Endless Column was dismantled, and the modules (each weighing a ton) were removed from the central spine. Inspection suggested that corrosion had reduced the total weight of all 18 modules by around 1,000 pounds. The surface of the cast-iron modules had lost their lustre, which had come from molten brass originally applied to their surface. The plan now is to re-apply molten brass, possibly with a highly resistant copper lacquer coating.

The question of the central spine is still under consideration. Romanian specialists initially argued that it would have to be replaced with a stainless steel support. But earlier this year a Unesco team inspected the dismembered sculpture, and took a different line. Admitting that the Romanian proposal was “quite correct from a technical point of view”, they argued that it failed “to safeguard the historical character and the authenticity of the work.” Although invisible (since it is encased by the modules), Unesco proposed that the central spine should be treated and re-erected.

The Endless Column is the most famous part of the Brancusi memorial, but there are also two other sculptures in his scheme, both carved from travertine. A mile away he built The Gate of the Kiss as an entrance to a public park. A path lined with stone seats then leads to The Table of Silence, a circular slab surrounded by 12 hour-glass-shaped stools, intended as a place of meditation. The travertine has been damaged by weathering and vandalism and conservation costs are estimated at $170,000, with a further $300,000 needed to landscape the park and the area around the column.