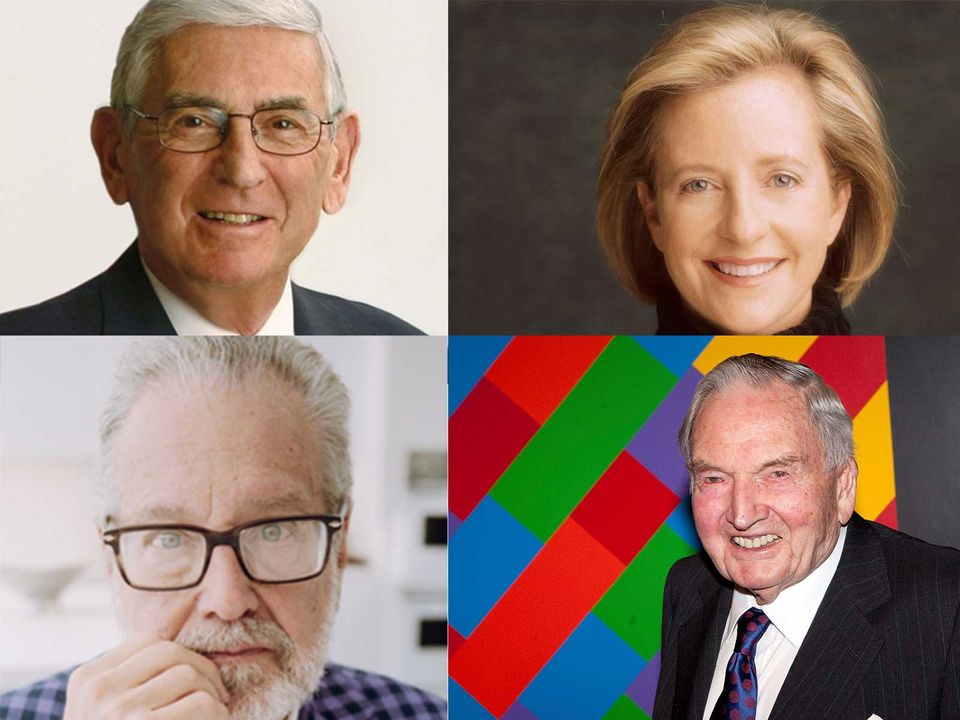 All major US museums have always relied on generous patrons. As art prices soar, the interdependency becomes ever greater. In the US, unlike in Europe, most major museum acquisitions are the result of donations rather than direct purchase by curators. To reflect this reality, leading philanthropist-collectors gathered in the Botanical Gardens in Miami Beach yesterday to discuss their personal philosophies. The discussion, hosted by Richard Flood, chief curator, New Museum of Contemporary Art, New York, was the latest in ArtBasel/Miami Beach’s Art Conversations programme, sponsored by Bulgari. Here we present edited extracts of their discussion.

Founder-chairman Sun- America Inc. and K. B. Home, Santa Monica-based collector and philanthropist who is building a massive new wing for post-war art at the Los Angeles County Museum of Art

"We believe that Los Angeles should be one of the four great cultural capitals of the world with New York, London, and Paris but we currently receive one-fifth of the cultural visitors"

My wife has been collecting for 45 years and I started 31 years ago. In 1984, the collection had grown to several hundred works, but I didn’t want to put it into storage so we created the foundation to make it publicly available through loans and appointments. We want to give back to society and we want a generation of young people to be inspired. We believe that Los Angeles should be one of the four great cultural capitals of the world with New York, London, and Paris but we currently receive one-fifth of the cultural visitors those cities do. We have great art schools and when our museum is finished we will have 60,000 sq. ft to display contemporary art, more than any other city in the world. Now I have more time I spend it all on the foundation—I am working harder now than I was when I was running a Fortune 500 company.

The other strand of what I have tried to do is to promote Latin American art globally. Our foundation has sent art on loan to over 200 museums around the world. We try to partner with institutions and collaborate on education programmes, and raise awareness. We have also always tried to support artists. Over the years, about 80% of the artists we have supported, did not know that, as artists, they had certain rights, such as copyright, etc. So we educated them about that. We see ourselves more as custodians than as collectors. It is thrilling to find a work that you love and hang it in your house but that thrill is easily exceeded by seeing the work of an artist you believe in hanging in a great public institution like the Museum of Modern Art (MoMA).

Co-founder of the Rachofsky Collection, managing partner, Regal Securities Investment, L.P.; president and chairman of the board of Regal Capital Company, Dallas

"The old adage is true: you need to have a global vision but you need to take steps locally"

It was when I first visited the Broad Foundation in Los Angeles that it dawned on me that this was a remarkable way to enhance the community. I’ve taken ideas from others. It’s been a learning experience. I pledged my financial support to the Dallas Museum of Art four years ago on the condition that their own fund-raising efforts could be enhanced. In February, they reached a milestone: they announced that they’d raised $100m. My gift does not have my name attached to it. This is not about me, this is about making the Dallas Museum of Art the best it can be. It’s about giving to the community and encouraging others to do so. I grew up within a mile of where I live now. I am very engaged with my community and trying to make things happen. The old adage is true: you need to have a global vision but you need to take steps locally.

Collector, philanthropist, and chairman emeritus of the Museum of Modern Art, New York

"Philanthropy can and should be more than just giving money"

My parents and grandparents, taught me, as a very young boy, that with opportunity comes responsibility. I remember once I was on a trip to California with my father. He heard there was a grove of redwoods that had stood for 2,000 years and was about to be cut down for timber. My father immediately spent $1m to save the grove. Today it is still standing as the Rockefeller Grove. When things needed to be done my father did them immediately, and I try to do the same myself. MoMA has been a very important part of my life. My mother was one of three ladies who helped found the institution when I was a teenager. I was there when they persuaded a graduate student from Harvard, Alfred Barr, to become the first director. When my mother died in 1948, I took her place on the board.

I worked with Chase for 35 years. When I reached the senior levels of the company I was horrified to discover that corporate giving was only associated with gifts from chairmen or senior officers: there was no particular philanthropic philosophy—so we organised a philanthropic committee, and a number of corporations have since followed suit. I believe that corporations have an obligation to the community they work in. Philanthropy can and should be more than just giving money. Giving time to projects that are worthwhile is one of the most effective ways to be philanthropic. It is important for people in business to recognise that the world is a complicated place and that making money is just one aspect of that. As citizens of the world we all have to ask ourselves how can we make the world a better place? Leadership is more important than volunteerism. The success of every venture depends on great leadership. There are lots of people who call themselves great leaders at the moment but, actually, the world is lacking in great leadership. There is a great opportunity for all of us to fill that gap.

• Originally appeared in The Art Newspaper with the headline "Art Conversations: contemporary philanthropy"