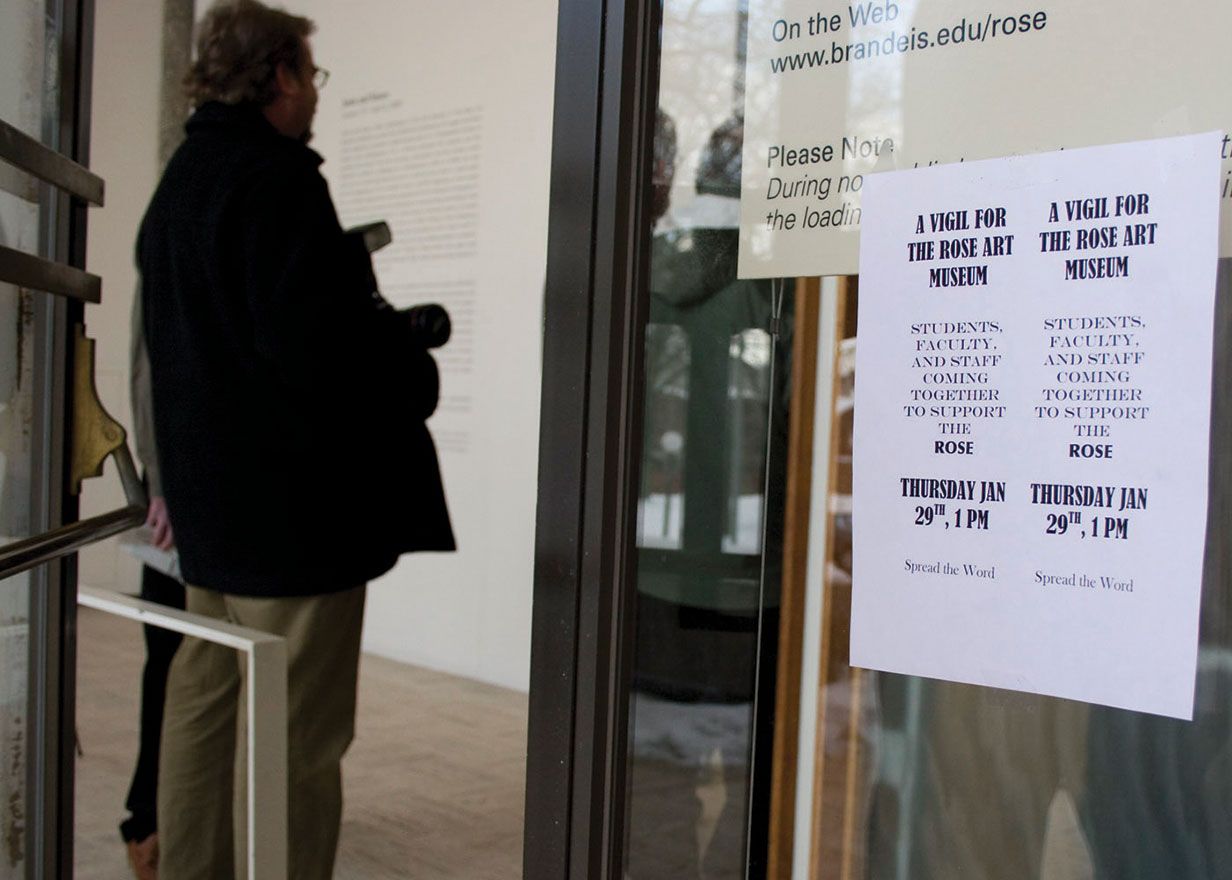 The possibility of an autumn exhibition at Brandeis University’s Rose Art Museum looked increasingly unlikely at time of going to press as four artists have now declined to have their work displayed in the light of decisions regarding the fate of the museum’s $350m collection. James Rosenquist’s withdrawal follows on from the boycott declared by Bill Viola, April Gornik and Eric Fischl, although Rosenquist now attributes his withdrawal to personal reasons unconnected with the Rose. Rosenquist had been lined up as a replacement after the three artists pulled out of the show “Atmospheric Conditions”, which was scheduled for this month.

In January 2009, Brandeis president Jehuda Reinharz unveiled a plan to close the museum and auction its collection of modern and contemporary art in an attempt to reduce the university’s $79m debt. Uproar over the decision led Reinharz to proffer the alternative of enlisting Sotheby’s to rent out key pieces from the collection. The university has yet to promise that the collection will not be deaccessioned in the future.

Rosenquist told the Boston Globe the Rose’s current deaccessioning controversy was a “big mess” that he didn’t “want to deal with”. Rosenquist had previously told the paper that, his unhappiness with Brandeis notwithstanding, the withdrawal by the other three was “a knee-jerk reaction”. Despite his change of heart, the Globe reported Rosenquist recently asked the museum to compose a written promise it would not sell art from its collection.

A statement from Rosenquist’s studio to The Art Newspaper cited a more personal reason for not exhibiting, saying: “[The] decision not to show at the Rose Museum is a result of the backlash from a fire in 2009 that completely destroyed his house, office and studio. It has nothing to do with the Rose Museum’s internal affairs.”

For former Rose director Michael Rush, who exited in June 2009, the museum’s disintegrating fall exhibition line-up is hardly surprising. “Brandeis still doesn’t understand the international outrage over their actions,” said Rush. “Although they are underplaying it, they still do want to sell works from the collection.”

“This was a no brainer for me,” said Gornik. “ You can’t raid a public fund like that. It sets such a nightmarish precedent.” Fischl shared similar sentiments. “I mistakenly believed that the Rose Museum was going to continue operating as a museum, but I was wrong,” he said.

According to Brandeis spokesman, Andrew Gulley, “no shows and no dates have been scheduled yet for the Rose.” Requests to the Rose Museum from The Art Newspaper to comment remained unanswered as we went to press.