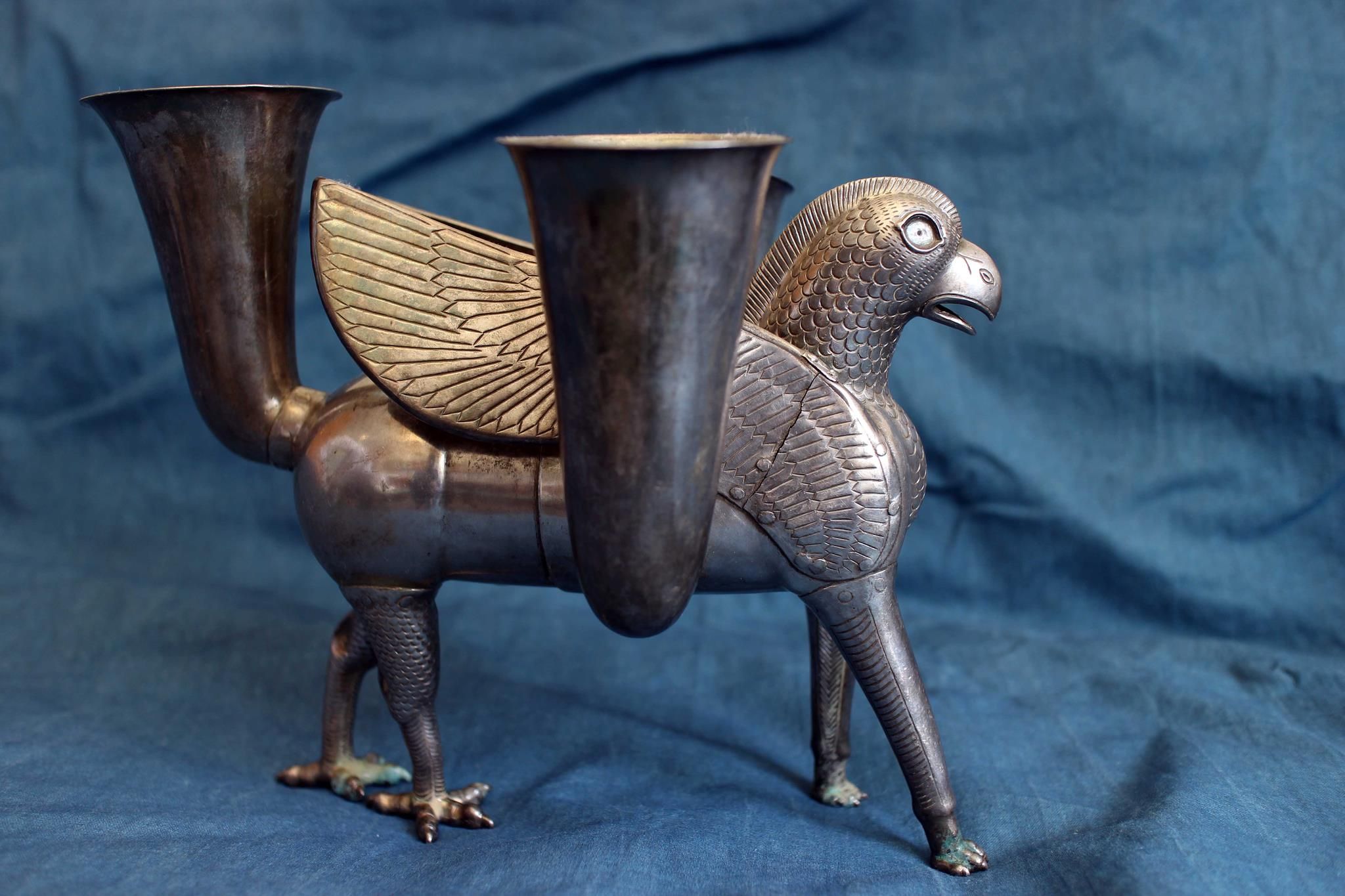 US diplomats seized a silver drinking cup, cast in the form of a griffin, during an investigation in 2003. The cup was returned to Iranian authorities, but experts now say it is a fake US Department of State

An expert from the British Museum has joined the growing chorus of international specialists who believe that a silver griffin-shaped vessel handed back to Iran by the US this autumn is a fake. John Curtis, the museum’s keeper of special Middle East projects, describes the piece as “probably a modern fabrication”.

The griffin—a mythological creature with the body of a lion and the head of a bird of prey—was seized by US Customs in 2003 when an art dealer tried to smuggle it into the country. It was handed over to the Iranian government on 25 September, during President Hassan Rouhani’s historic visit to New York. This was regarded as a potential prelude to the re-establishment of diplomatic links between the two countries.

The US State Department made grandiose claims about the object, which it described as a ceremonial drinking vessel from the seventh century BC. “It is considered the premier griffin of antiquity, a gift of the Iranian people to the world, and the US is pleased to return it to the people of Iran,” a statement said.

The griffin was first denounced as a fake by Oscar Muscarella, a Persian specialist who worked at New York’s Metropolitan Museum of Art for 40 years (he retired in 2009). Its authenticity has also been questioned by Hamid Baqaie, a former head of Iran’s Cultural Heritage Organisation.

Curtis, who takes over as the chief executive of the London-based Iran Heritage Foundation next month, agrees with Muscarella that the griffin is a fake. The anomalies cited by the specialists include the vessel’s unusual set of three funnels.

After the handover, the US State Department issued a fact sheet, saying that the vessel was “likely to have been looted from a cave in north-western Iran”. This refers to the Western Cave, which was plundered between 1989 and 1992.

The object was confiscated from Hicham Aboutaam, an antiquities specialist based in New York and Geneva who trades under the name Phoenix Ancient Art. In 2004, he pleaded guilty in New York to a misdemeanour in connection with the importing of the griffin, by falsely stating four years earlier that it had come from Syria. In fact, it was believed to have come from Iran, which was subject to a US trade embargo. The court was told that Aboutaam sold the griffin for $950,000 to a collector believed to be Paula Cussi, then a trustee of the Metropolitan Museum of Art, in 2002. After pleading guilty, Aboutaam was given a year’s probation and fined $5,000. Cussi recieved a refund.

Phoenix Ancient Art did not respond to a request for comment, but its website states that it “goes to great lengths to establish the authenticity” of its pieces. The griffin is now in the National Museum in Tehran.