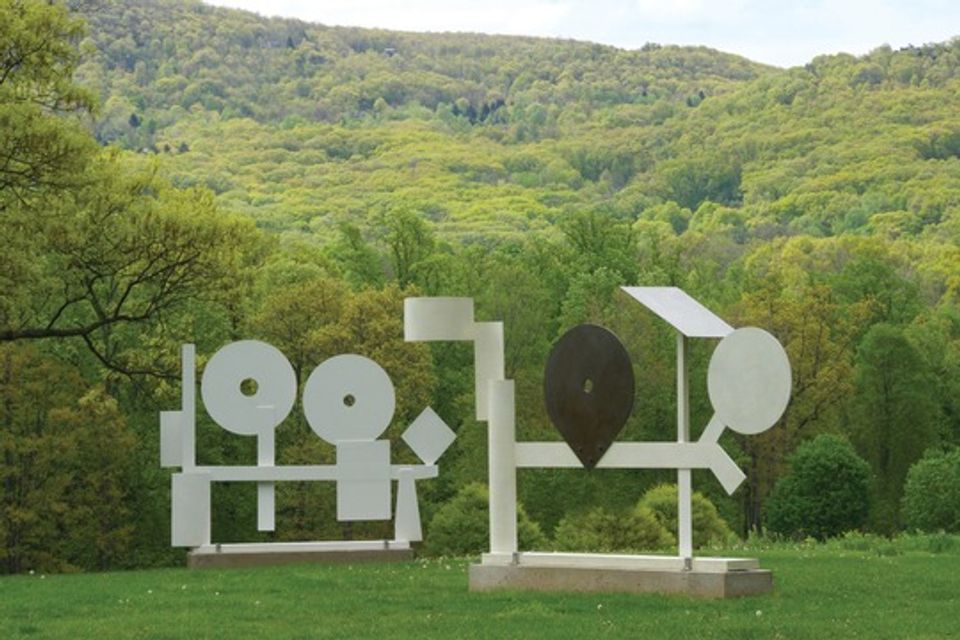 In 1967, Ralph Ogden, the founder of the Storm King Art Center in New Windsor, New York, bought 13 sculptures by David Smith for the sculpture park. To mark the 50th anniversary of the purchase, Storm King is hosting the first exhibition to focus on Smith’s use of the colour white.

The artist, who is known for his large steel sculptures, began working with white coral and shells during an eight-month trip to the Virgin Islands in 1932. Later, he painted large metal sculptures white, blurring positive and negative space, says Storm King’s director David Collens, who organised the show.

The show presents six large-scale works from 1962-63 outside with an indoor display of nine sculptures, eight paintings, 38 photographs and a digitised 6mm film. Five other works by Smith in the permanent collection are on display continuously outside. Storm King is an ideal venue for the show, in part because the setting is so similar to Smith’s hillside property in Bolton Landing, New York, where he showed works outdoors. In New Windsor, the sculptures “live and breathe and come alive with the natural light and trees”, Collens says. “No urban museum is going to do that.”