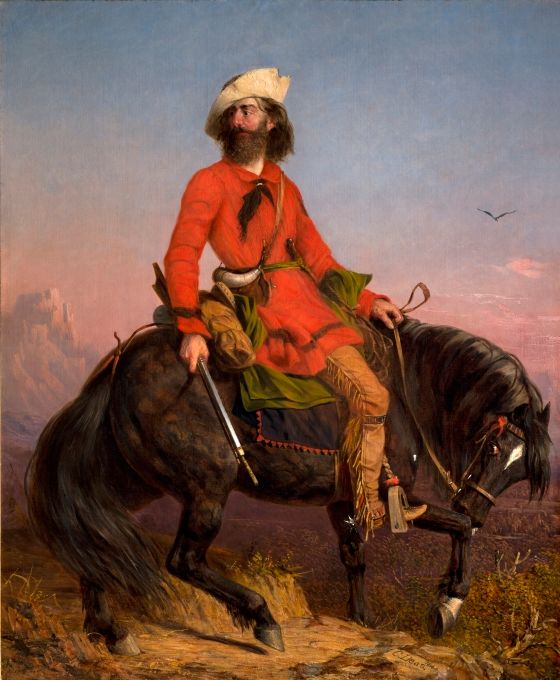 In April, the Denver Art Museum gave a half interest in its Charles Deas painting Long Jakes (The Rocky Mountain Man), 1844, to local billionaire Philip Anschutz. In exchange Mr Anschutz bought a Western American painting by Thomas Eakins, Cowboy Singing, 1892, and conveyed a half share in it to the museum.

Now the unorthodox arrangement has spurred an enquiry by the Association of Art Museum Directors (AAMD) to determine whether the deal meets the organisation’s standards for collection stewardship, deaccessioning and relationships with private collectors. AAMD sets non-binding guidelines for its members, which represent 190 of the most prominent museums in North America.

The group’s art issues and professional practices committees have obtained information about the deal from Denver Art Museum’s director Lewis Sharp, who is a member of the organisation. AAMD next meets in January, but according to a spokeswoman it has not been decided if the committees’ assessment will be made public.

In 2007 the Philadelphia Art Museum sold Eakins’s Cowboy Singing, 1892, to help raise $68m to buy another work by the artist, The Gross Clinic, 1875, in partnership with the Pennsylvania Academy of the Fine Arts. Mr Anschutz funded the entire reported $8m-$10m asking price of Cowboy Singing, by paying half direct to the Philadelphia museum and the other half via the Denver museum. In return for this “donation”, the Denver museum ceded to him a half share in Charles Deas’s Long Jakes (The Rocky Mountain Man), 1844.

The agreement calls for the museum and the collector to exchange the shared works every six months, but Mr Sharp says the rotation is “flexible” and likely to be once a year. The contract will be binding on Mr Anschutz’s estate, and the museum retains first right of refusal should the collector or his successors decide to sell his share in either work.

The museum independently purchased two Eakins oil sketches from the Philadelphia Art Museum, both studies for In the Badlands, 1888, another painting which belongs to Mr Anschutz, who owns the largest private collection of Western American art. He could not be reached for comment.

Mr Sharp said that Mr Anschutz proposed the sharing scheme when told that the Eakins was available and the museum did not have enough money to buy it. Mr Anschutz, 68, has assets of $7.4bn, according to Forbes. Neither he nor his $645m foundation has donated any art to the Denver museum, but Mr Sharp is confident that the collector will help improve the collection in the future. “We know and trust Phil Anschutz,” he said.

But does the deal fall within accepted standards of ethics and best practice? AAMD’s criteria for deaccessioning an object are poor quality or condition, redundancy or inauthenticity—none of which pertains to the Deas, which the museum’s Institute for Western American Art website describes as “the single most influential image in Rocky Mountain iconography”. AAMD encourages members to sell or trade with other institutions to ensure the object remains in a public collection. The museum and Mr Sharp downplay the fact that “The Anschutz Collection”, housed in downtown Denver, is private and not open to the public.

AAMD forbids sale of work to “anyone whose association with the institution might give them advantage in acquiring the work”. Mr Anschutz’s foundation has donated $7.6m to the museum in the past eight years.

But Mr Sharp said the most important aspect of the deal is that it fulfils AAMD’s mandate that a museum should deaccession “solely to improve the quality, scope, and appropriateness of the collection”.