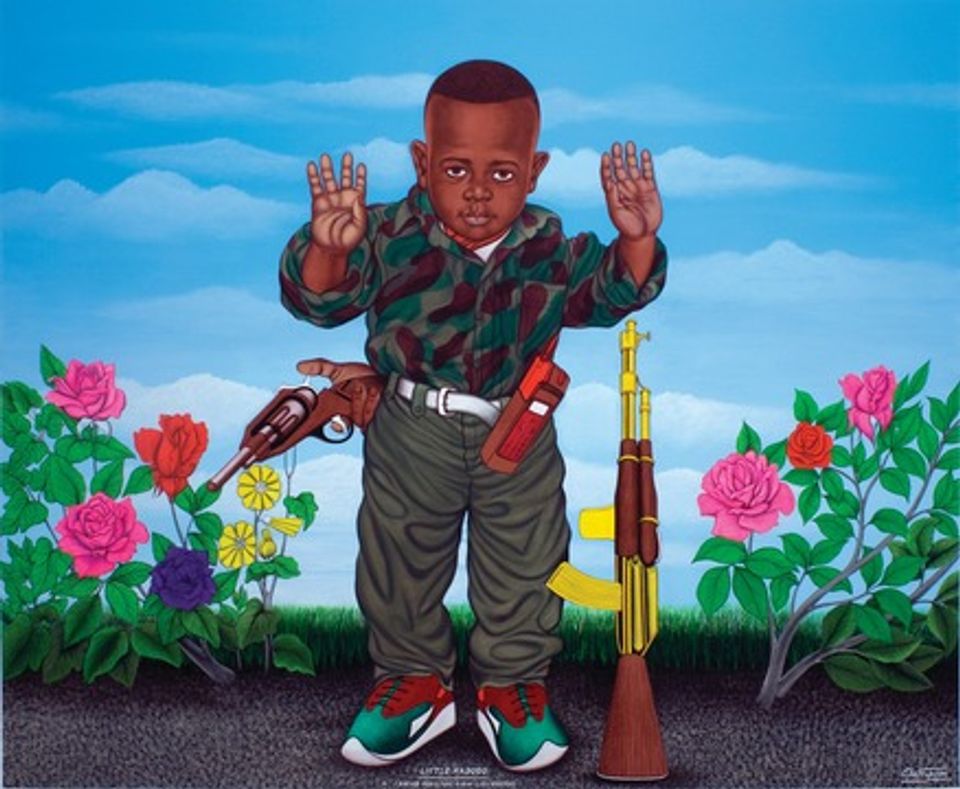 Chéri Samba’s painting Little Kadogo—I am for peace, that is why I like weapons (2004) (© Chéri Samba)

No single exhibition can fully capture the art scene of the world’s second-largest continent, which has 54 countries and a population of more than one billion. So organisers at the Fondation Louis Vuitton have focused their survey of recent African art, titled Art/Africa: the New Atelier, on two themes.

The first focus, called The Insiders, is a selection of works on loan from the Geneva-based collection of Jean Pigozzi, who entered into “unknown territory” when he began buying art directly from artists in Sub-Saharan Africa with the help of the art advisor André Magnin in 1989, says Suzanne Pagé, the foundation’s artistic director and the show’s head organiser. The show looks primarily at work made between then and 2009 and includes the Zimbabwean photographer Kudzanai Chiurai and the Congolese painter Chéri Samba.

A complementary section on recent art from South Africa, titled Being There: South Africa, a Contemporary Scene, presents work by 17 artists born between 1930 and 1991. “The current situation of the country is very present in the works,” Pagé says, as with Sue Williamson’s two-screen video It’s a Pleasure to Meet You (2016), which portrays two young South Africans’ differing attitudes towards suffering during Apartheid.