Hokusai’s late style comes into view at the British Museum 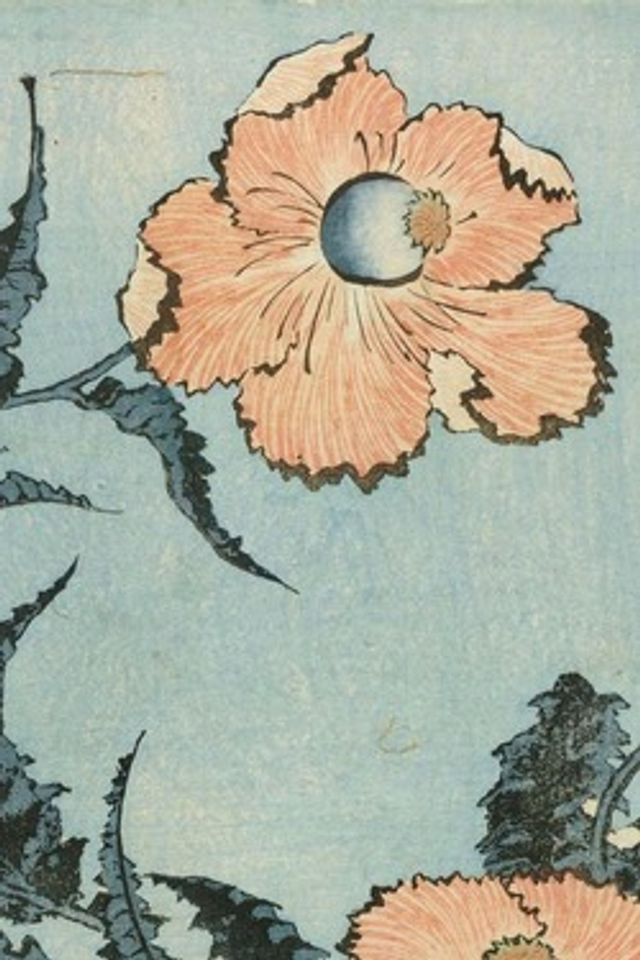 The British Museum’s exhibition Hokusai: Beyond the Great Wave, which opens this week, offers a fresh perspective on the Japanese artist by focusing on the last 30 years of his life. Hokusai (1760-1849)—who lived until he was 89, working prodigiously right to the end—claimed to have started painting at the age of six. Altogether he produced 3,000 colour prints and nearly 1,000 surviving paintings.

Hokusai had an eventful life. In 1807, he was called before shogun Tokugawa Ienari to demonstrate his work. On a sheet of paper, he painted a few lines in blue and then produced a live chicken from a basket. He dipped its legs in red ink, had it walk across the paper and titled the work Autumn Leaves on the Tatsuta River. (Sadly, the work no longer survives.)

“Hokusai believed that the older he got, the better his art became,” says Timothy Clark, the exhibition’s curator. In old age, he remained productive, assisted by his daughter Eijo (known as Oi), who was also an accomplished artist. Hokusai once wrote that by the time he reached 90 he would have made good progress, but at 100 he would achieve “a divine state in my art”.

The British Museum exhibition presents 110 works, including a fine impression of The Great Wave (1831), which the museum bought in 2008 for £130,000. For conservation reasons, half the works on show are on display for only five weeks, so 50 will be replaced halfway through the exhibition’s run. (The show will be closed on 3-6 July for the changeover.)

One-third of the examples on show are from the museum’s collection, with the remainder on loan from Japan, Europe and the US. The show is driven by a research project on Hokusai’s late style organised with Angus Lockyer of the University of London’s School of Oriental and African Studies. The exhibition will later tour to the Abeno Harukas Art Museum in Osaka, Japan (6 October-19 November).

Hokusai is now regarded as Japan’s greatest artist, a status recognised by the Japanese government when it recently announced that images of all Thirty-six Views of Mt Fuji (including The Great Wave and Red Fuji) will grace the pages of its passports from 2019. As Clark explains, “Hokusai has become an ambassador for Japan.” The show is supported by the Mitsubishi corporation.

We take a look at some key works from the show: 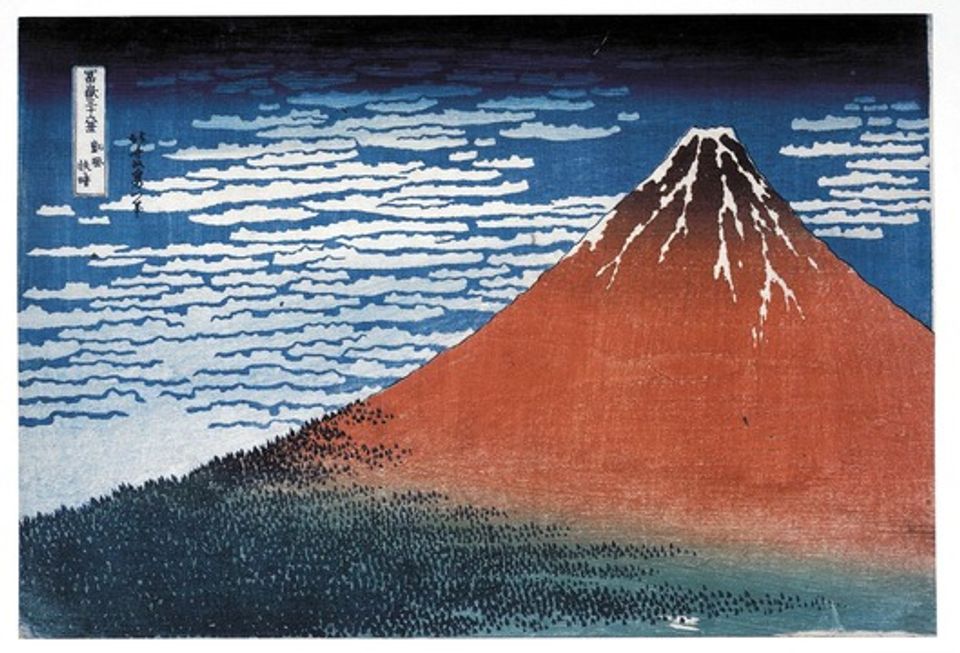 Hokusai, Clear day with a southern breeze ("Red Fuji") from Thirty-six Views of Mt Fuji (1831) (© The Trustees of the British Museum)

Red Fuji is part of Hokusai's portfolio Thirty-six Views of Mt Fuji, which he produced after turning 70. In Red Fuji, the artist depicts a specific time and place: the eastern side of the volcano with the sunrise over the Pacific. Hokusai originally titled the print Clear Day with a Southern Breeze, but it was later re-named because of its powerful colours. The southern breeze referred to in the original title alludes to the winds of later summer, during which snow survives only in the crevices at the summit. 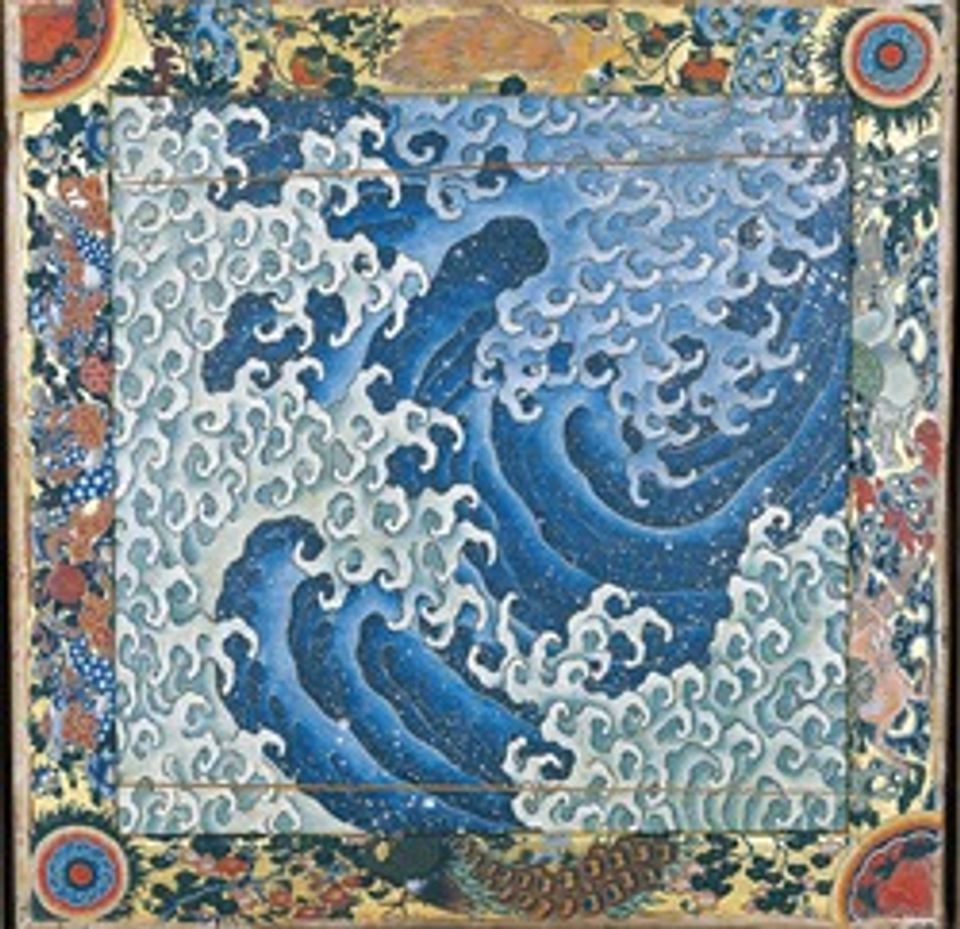 Waves (1845)This panel painting served as part of the ceiling of a cart paraded around the town of Obuse in central Japan during festivals. The centre of the work was painted by Hokusai, who also produced the design for the painted frame that was executed by Takei Kozan. Created more than a decade after The Great Wave, Hokusai’s festival panels show his continued interested in stylising water. The spiralling waves throw up white specks that dot the surface of the sea. and foam is depicted in shades of whitish blue, apparently falling into a deep blue whirlpool. Two ceiling panels, which have never been shown in Europe, will be on display at the British Museum. 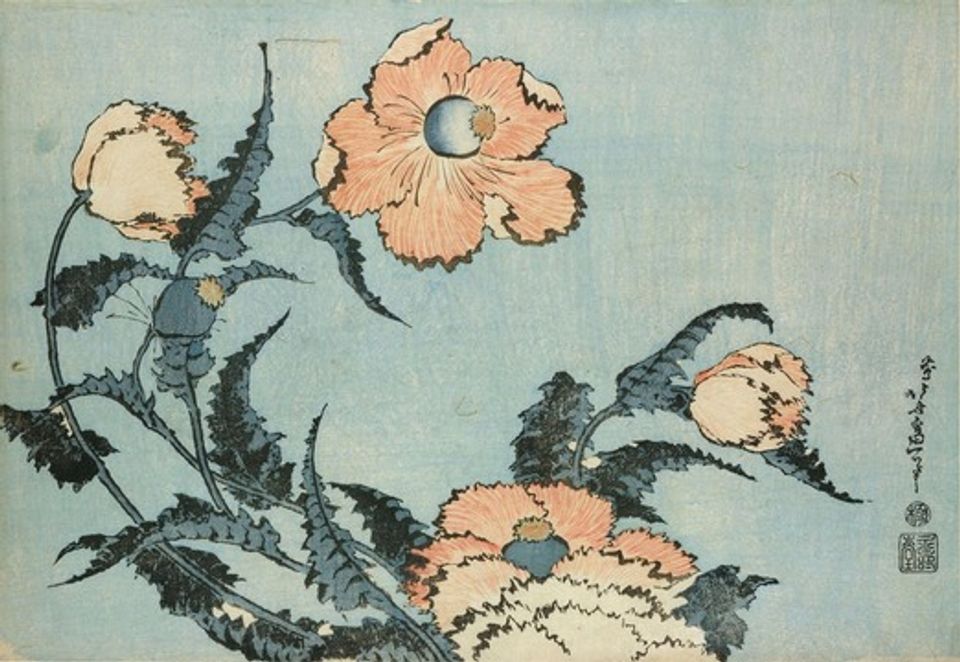 This work is one of Hokusai’s ten Large Flowers, made at around the same time as Thirty-six Views of Mt. Fuji. Here, the subject is not just the poppy, but also the wind that bends the flower. Stylistically, Poppies is reminiscent of the same movement that appears in The Great Wave, with the flower bending in a similar configuration as the wave. Hokusai’s brushstrokes are deliberately rough and forceful, capturing the movement of the wind.

• Hokusai: Beyond the Great Wave, British Museum, London, 25 May-13 August