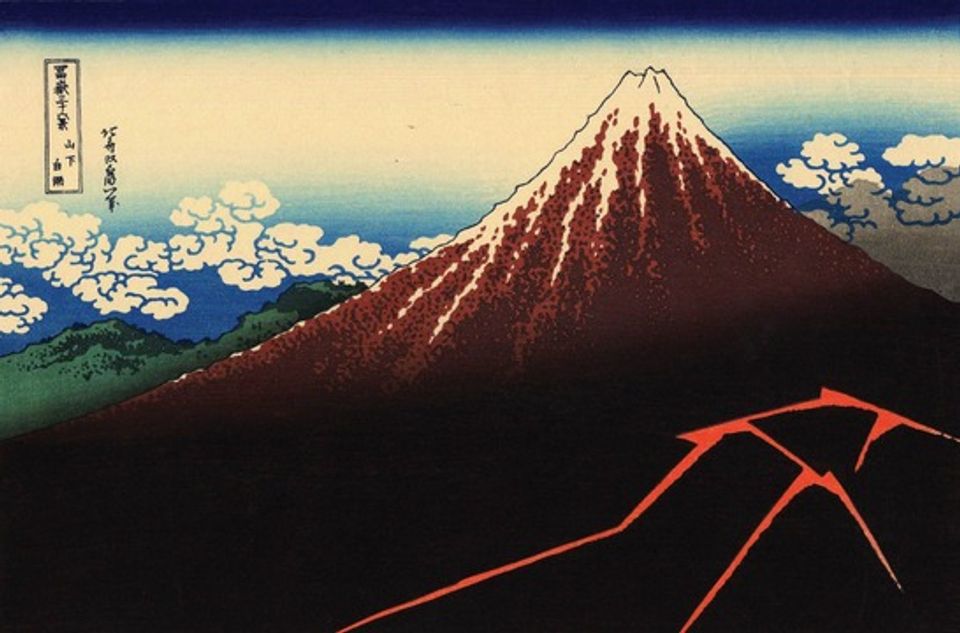 Utagawa Hiroshige’s Thundershower beneath the Summit, from the series Thirty-six views of Mountain Fuji (1894). The work inspired European Modernists

After Japan opened up to the West in the mid-19th century, its ceramics, fans and textiles became highly fashionable and were frequently depicted in European portraits and interior scenes. A new show at the Statens Museum for Kunst (SMK) in Copenhagen looks specifically at how the influence carried in the Nordic countries. The exhibition, titled Japanomania in the North, 1875-1918 (19 January-23 April) argues that most Nordic artists regarded Japanese art and craft “as a way to look at and understand nature” says Peter Larsen, the director of collections at SMK. The Norwegian Edvard Munch’s lithograph of The Scream (1895), for instance, was influenced by Japanese prints, which did away with a single vanishing point. Japanese artists also opted for asymmetrical compositions, high horizons and striking cropping—all techniques later adopted by avant-garde European artists from the 1860s onward.