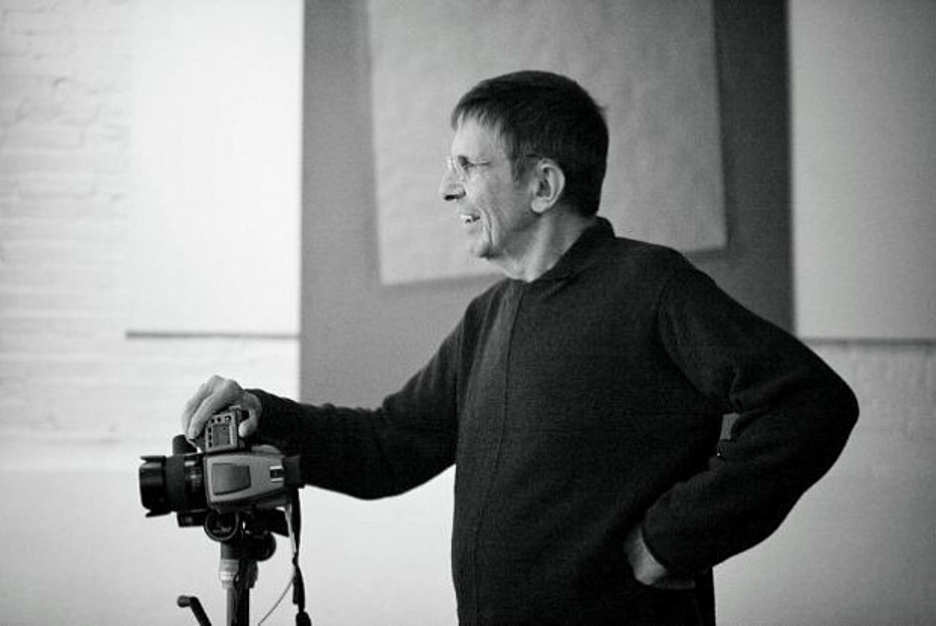 Nimoy behind the camera

Leonard Nimoy, who most sci-fi fans knew as the unflappable Mr Spock on the original Star Trek series, died today, aged 83. But the man who made the phrase “Live long and prosper” famous was also a dedicated artist and poet, and his photographic series range from exploring people’s hidden “other” lives (“Secret Selves”) to an appreciation of the varying forms of the human body (“The Full Body Project”).

“Leonard Nimoy first experienced the magic of making photographic images as a teen-ager in the early 1940s. His darkroom was the family bathroom in their small Boston apartment. His subjects were family and friends,” says his Northampton, Massachusetts dealer Richard Michelson.

Nimoy’s penchant for art and acting overlapped in the one-man play he wrote and performed, “Vincent”, 1981, about Theo Van Gogh, based on the Phillip Stephens play “Van Gogh”. A filmed version can be found in the education archives of the Van Gogh Museum in Amsterdam. He was also a keen art collector.