Solution or Utopia? is the first of five exhibitions planned by the museum to tackle issues of immigration 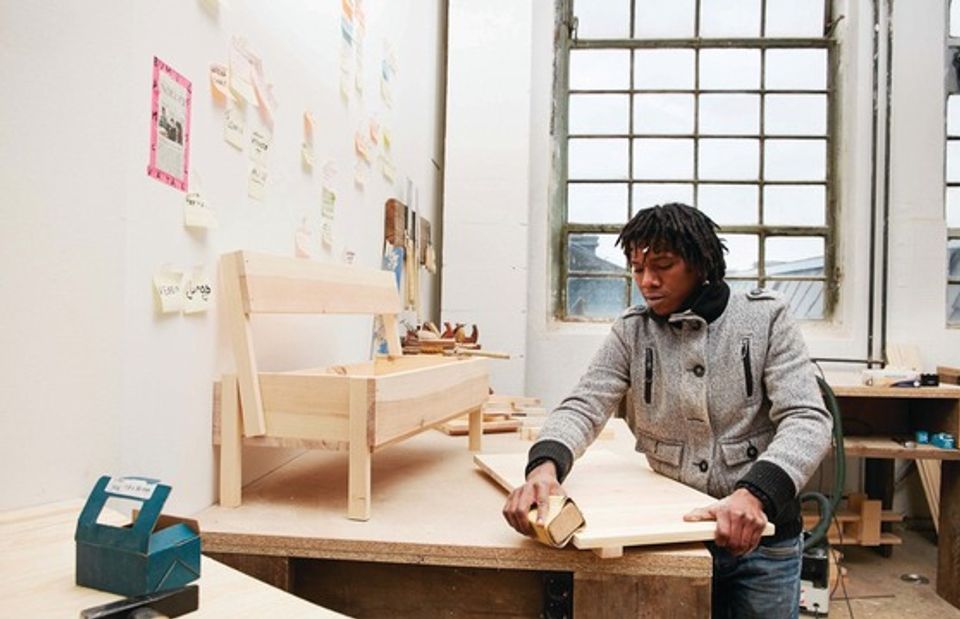 Malik Agachi, a member of the Cucula design team (Photo © 2014 by Verena Brüning)

The Stedelijk Museum in Amsterdam is also taking on forced migration as a theme in a series of five exhibitions this year. This month, it opens Solution or Utopia? Design for Refugees (20 May-3 September), which deals with the thorny problem of how designers can best help those fleeing war and disaster. Clothing, shelter, food distribution—these are some of the problems that collectives like Cucula, which was established specifically to work with refugees in Berlin, have tackled. The show is intended as a platform to encourage practical discussion about what ideas are most feasible and the show's organisers, Ingeborg de Roode and Jeanette Bisschops, have made a point of reaching out to migrants. One section of the exhibition will take place at Lola Lik, a community hub next to the Wenckebachweg refugee settlement. The hub is the home of the Refugee Company, which works to integrate migrants into Dutch communities. The company is partnering with the museum for the show. Other exhibitions in the Stedelijk's migration series look at the artists Nalini Malani (until 18 June), Zanele Muholi (8 July-15 October) and Carlos Motta (16 September-7 January 2018).

A tribute to Cornelia Hahn Oberlander, the landscape architect who shaped Vancouver’s greenspaces

A tribute to Cornelia Hahn Oberlander, the landscape architect who shaped Vancouver’s greenspaces