Comment: The Tate should take BP’s money—and ask for more

Last September, more than 100 members of the art collective Liberate Tate, founded in 2010, filed into the Turbine Hall of Tate Modern, flung open a 64-metre square of black cloth, and held it aloft for two hours in a performance intended as a reinterpretation of Kazimir Malevich’s Black Square. This political protest made reference to the Tate’s use of black marks in redacting information in minutes from an internal meeting about its sponsorship deal with the energy company BP (formerly British Petroleum), which the gallery is being asked to disclose after legal action brought by the group. 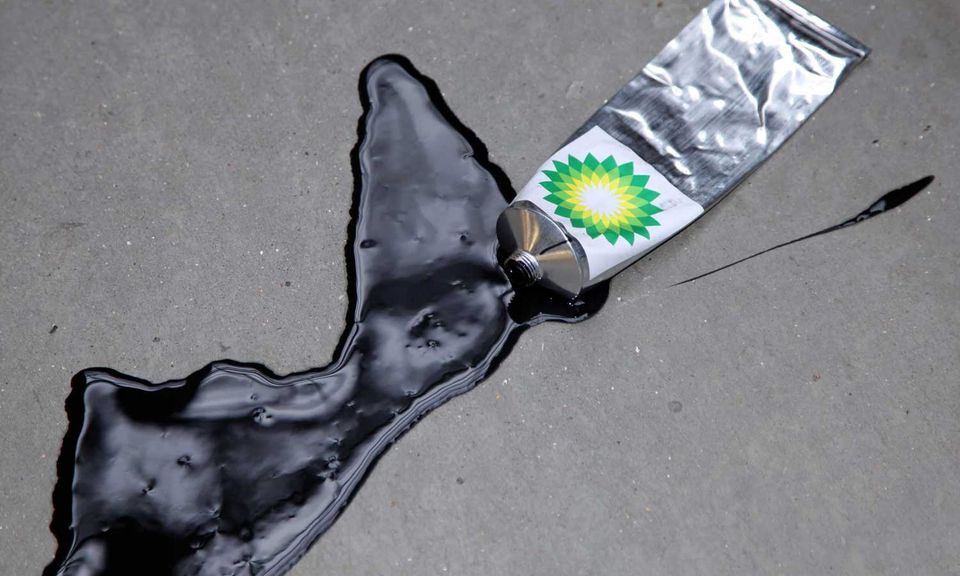 It was one of a series of artistic responses accompanying a complex legal battle to compel the Tate to reveal details of its dealings with BP. Lasting nearly three years so far, the machinations have involved a Freedom of Information (FoI) request; a response to that request from the Tate; a complaint to the information commissioner that the response was not adequate; responses, called decision notices, from the information commission to the complaint, and an appeal against the decision notices.

The case reached a climax on 22 December, when a tribunal ruled that the museum must divulge sponsorship figures dating from 1990 to 2006; but also that the museum did not have to publish as much of the minutes as stated in one of the decision notices. In other words, some of the black squares might stay. The Tate was considering whether to appeal against the decision as we went to press.

The case began in 2012 when the environmental campaigner Glen Tarman, supported by Liberate Tate, subjected the Tate to FoI requests to reveal the total sponsorship the gallery had received from BP for each of the previous 23 years; minutes from ethics committee meetings where the renewal of the sponsorship agreement had been discussed and approved; and any requests BP may have made for confidentiality. London’s National Portrait Gallery, National Gallery and the Natural History Museum all received similar FoI requests and published the amounts they received. But the Tate dragged its heels, citing various legal exemptions, withholding the figures and blacking out parts of the documents, publishing only the confidentiality cause and a list of dates for when the ethics committee met.

By applying pressure on the Tate and other institutions the ambition of campaigners is to bring to an end the funding of the arts by oil companies. Such sponsorship benefits the corporations, providing them with a veneer of respectability, while they are busy trashing the planet, activists argue; it is “greenwashing”. But cutting such funds is an alarming aim—one that ignores the realities of funding and poses a danger to the arts.

Art thrives on the money of the rich, the immoral and the powerful. The Medici banking family was partly responsible for the flourishing of Renaissance Florence, supporting some of the greatest artists who have lived. Without the money of these wealthy men and their enemies the Borgias the paintings and sculptures of Michelangelo, Fra Angelico and Leonardo da Vinci might never have been created. The Guggenheims became philanthropists after running mining interests that would, conceivably, today be considered criminal. Yet the Guggenheim museums benefit every single visitor.

That is not to suggest that every museum is funded by “dirty” money, more that it is difficult to identify money that is good and clean and money that is not. BP is a legitimate company and we all use oil. We drive cars, sit in houses and offices warmed by central heating and lit with electricity. And art needs lots of money, regardless of whether it’s from the Holy See, Big Oil or the state. If it is from a legal corporation, the arts should take the money, especially in this economic climate.

This is not simply about pocketing the cash and running. The demand made was that the Tate should reveal all details about a sponsorship deal—all the dollars and cents—and minutes from internal meetings. Lawyers working for the museum argued that it should be exempt from revealing the funds because it was information provided in confidence and could be prejudicial to commercial interests. They argued that withholding information from the minutes was supportable because disclosure would inhibit provision of free and frank advice, and that it could be a threat to public safety. Most of these are arguments are sensible; the final one is questionable.

There are good reasons why the Tate and others should not have to reveal every penny of financial arrangements: sponsorship deals are commercial. As all fundraisers know, you ask for more than you get and this requires a certain degree of smoke and mirrors. It is conceivable, for example, that the Tate does not want to reveal how much it receives because it is not quite as much as other sponsors—and future ones—think. This is what campaigners believe. Liberate Tate used available information to estimate that the Tate receives from BP about £500,000 a year—only 0.3% of Tate’s overall operating budget. They argue that this shows oil money is not as essential as is suggested. But does it? After all, every penny counts. The museum should take the money and ask for more.

The broader obsession with transparency fails to recognise that withholding information can be beneficial, especially in relation to the request that the Tate publish minutes from meetings. Internal discussion, where people can speak their minds freely without fearing everyone will find out what they said, is vital to coming to informed decisions. Those with a zeal for openness need to recognise that demands to show everything can undercut essential deliberation.

The Tate also turned to questionable arguments to justify keeping information out of the public domain. Lawyers for the museum argued that revealing information from the minutes could cause further protest, thus posing a threat to health and safety—citing the danger of accidental slips in the course of any protest. This is a daft and opportunistic argument, one that, if deemed legitimate in one instance, could be used against museums on other occasions to shut down controversial exhibitions. Protest is legitimate, whether you agree with the agitators or not.

There is no doubt that all funders want something for their money and it is crucial that they do not interfere in curatorial decisions—museums must be fiercely independent on this front. It is therefore sensible to draw on a mix of sources—public and private—so as not to become overly dependent on any single one. But museums should accept all cheques—for large or small sums. Let the sponsors have their logos brandished about and let them have their fancy parties in the museum’s galleries; and by all means flatter their egos and be effusive in thanking them: they deserve it.

• Tiffany Jenkins is the author of Contesting Human Remains in Museum Collections, published by Routledge

Ethical concerns about sponsors and donors have grown exponentially in Britain in recent years. Much has changed, yet much remains the same. Campaigners have had big wins: the Sackler saga has seen one of the biggest cultural donor dynasties brought to its knees by the artist Nan Goldin’s activism, highlighting some members of the family’s links to the US opiate crisis. The National Galleries of Scotland have ended BP sponsorship and Tate’s association with the company ended in 2016 with the oil company citing a “challenging business environment”.

Yet BP maintain a huge presence at the British Museum and oil and gas companies feature prominently at the Science Museum. Before the coronavirus pandemic, as the climate nightmare became increasingly evident, the screw was tightening on these organisations. The arguments for continuing with fossil-fuel support—but the Medicis! But everyone uses oil!—looked evasive and flimsy. But post-coronavirus economic conditions will bolster the “take the money and ask for more” argument; activists, though more creative and better organised than ever, have an even tougher fight on their hands. -- Ben Luke, Review editor

Charles I disposed of this Van Dyck portrait when he signed the sitter's death warrant. Now it is up for sale at Christie's

Charles I disposed of this Van Dyck portrait when he signed the sitter's death warrant. Now it is up for sale at Christie's