Spaces bloom and then wither as founders’ commitment quickly fades 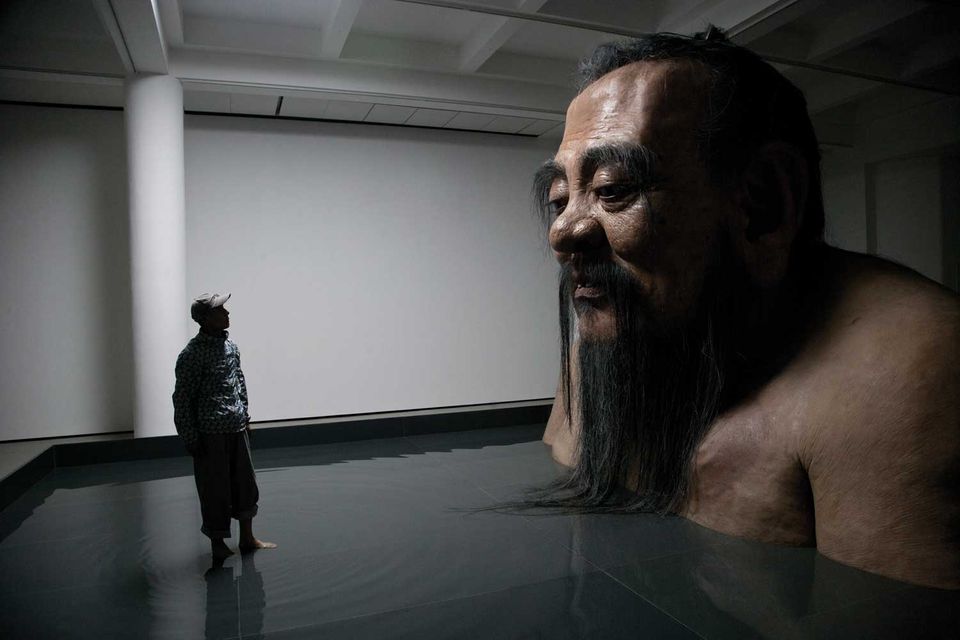 Zhang Huan's Q-Confucius No. 2 at Shanghai's Rockbund Art Museum. RAM is one of the many private museums to open during China's recent boom

In China, government interference with private museums can take many and peculiar forms. For the reopening of Shanghai’s Rockbund Art Museum last month, it was all about monkeys. The artist Zhang Huan’s Q-Confucius No. 6, (2011) was originally meant to include a mechanical figure of Confucius in a cage, which would repeatedly rise and recline while nine monkeys frolicked overhead to symbolise primordial human society.

“It was the first time the government was asked for a permit for live animals at a museum,” says the museum’s deputy directory, Liu Yingjiu. It would have been given on the condition that any excreta were collected for health and safety testing, so, ultimately, the monkeys only frolicked during the opening night, which, as a private event, did not need the permit.

Private art museums are proliferating in China, growing somewhat chaotically and facing challenges beyond communist bureaucracy, forbidden monkeys and robot sages. Most begin as showcase architecture and vanity projects. Property developers have opened many to provide a varnish of high culture and to justify high prices, while others have been founded by enthusiastic members of the nouveau riche aiming to share their art collections. The practicalities of running a non-profit art space, and the inevitable legal, funding and personnel issues, come as surprises.

China’s building boom led to the opening, and temporary closure eight months later, of the Rockbund Art Museum (RAM), in the former Royal Asiatic Society Building. Part of a luxury redevelopment near Shanghai’s Bund waterfront, RAM opened in May 2010 to coincide with the Shanghai World Expo. The first exhibition was Cai Guo-Qiang’s crowd-pleasing “Peasant Da Vincis”, featuring homemade aircraft, submarines and robots. RAM closed in January this year because of additional building work in and around the museum that had been postponed due to a building moratorium during the expo.

“This is the first generation of Chinese to have the money and the space to buy art. But they open museums for socialising and for business, not for the art” Ivan Lau, consultant and former museum director

RAM is one of the higher profile examples of privately run art museums to open in recent years. Others are planned. “This is the first generation of Chinese to have the money and the space to buy art. But they open museums for socialising and for business, not for the art,” says Ivan Lau, who runs the independent Nong Art consultancy and was the director of the True Color Museum in Suzhou until last year. Lau says many of the privately run museums lack an exhibition plan and a budget, and even a security system and environmental controls. “Many just have a space, paint the walls, put up some art and call themselves a museum. It is another bubble, like the property bubble.”

Only a handful of these museums have the legal status of non-profit institutions. Beijing’s Today Art Museum achieved this first. The True Color Museum, opened in 2008 by entrepreneur and collector Chen Hanxing, is another. Non-profit status qualifies institutions for public subsidies and they can issue tax deductible receipts for donations. In return, they fall under the remit of the Ministry of Civil Affairs and censorship is nominally tighter. “We cannot refuse to [show] propaganda exhibitions promoting the Communist Party,” says Lau. Should Chen ever tire of owning a museum, “the government will take it over, and run it”.

Most private museums are registered as businesses. Liu at the RAM says that the organisation applied for non-profit status in 2009 but that the Chinese authorities will not accept applications from projects that have foreign investors. “The government suggested we register as a cultural company, which is easy for them to deal with,” he says.

“A lot of museums ‘hang out a pig head but sell dog meat’,” quoting a Chinese aphorism. “They are museums in name only, and sell works like galleries” Shen Qibin, former director of the Zendai Museum of Modern Art

“Private museums are proliferating because China has a lot of property developers,” says Shen Qibin, the former director of the Zendai Museum of Modern Art and the director of the planned Himalayas Art Centre, both funded by property magnate Dai Zhikang. Developers often build a museum “as an advertisement for nouveau riche developments”, he says, adding: “A lot of museums ‘hang out a pig head but sell dog meat’,” quoting a Chinese aphorism. “They are museums in name only, and sell works like galleries.”

According to Lau, at the heart of the problem is the fact that museum founders often underestimate the challenges. “They don’t know that it is more complicated and harder than [running] a company, because it is not about making money. Most founders run the museums themselves, which is a big mistake. Having money does not mean you know how to run a museum.”

“The investor-owners become museum directors, they go to school and learn a lot, but then they get tired and give up,” says Lau. Others just close their museums when they achieve their targets “because it is just part of their business”.

There also tends to be a high turnover of staff at these museums. “When an investor runs a museum, [they] will question everything, changing artists in shows,” says Lau. “I love to see [staff] make mistakes and learn, but the directors are not so patient. At quite a few places, the staff changes monthly.”

“China doesn’t have the people, and doesn’t have museums in its blood, and I don’t think we’re really learning,” Lau says. “It is not something that happens overnight, or even over ten years; it takes a generation. People have to learn how to treat art.”

Still, the proliferation of museums also brings more resources to improve them. Last year, Zhang Zikang, the director of the Today Art Museum, launched the China Private Art Museum Alliance, a loose grouping that has held one annual meeting to share resources and air grievances. A paper documenting the discussion was given to the government, which has largely given private museums a wide berth and occasional support.

The dizzying growth of China’s private museums has continued apace in the almost-decade since this article’s publication. The “museum-retail” hybrid was born. Some developments have opened and closed, victims of their entrepreneurial founders being bankrupted or disgraced. A handful have emerged as artistic powerhouses with vibrant programmes, large audiences, partnerships with the world’s top museums and, in the case of Beijing’s UCCA, multiple locations. But legal hurdles to these institutions’ long-term survival remain. Still, precious few private museums have non-profit status under Chinese law, and most rely on their wealthy owners for at least some funding. The Chinese-Indonesian collector Budi Tek has been a vocal campaigner for a new model, taking steps to create a Western-style foundation to preserve his Yuz Museum in Shanghai in perpetuity, complete with a board of trustees and an endowment. A more immediate challenge for many will be recovering from the financial hit of the coronavirus pandemic. Could 2020 be the year that finally bursts the bubble? — Hannah McGivern, Museums and heritage editor