In the book Van Gogh’s Finale, published yesterday, I examine the most productive period in the artist’s life—his last ten weeks in the village of Auvers-sur-Oise, just north of Paris. Although not among his most well-known paintings, one of my personal favourites is his epic Landscape at Twilight. 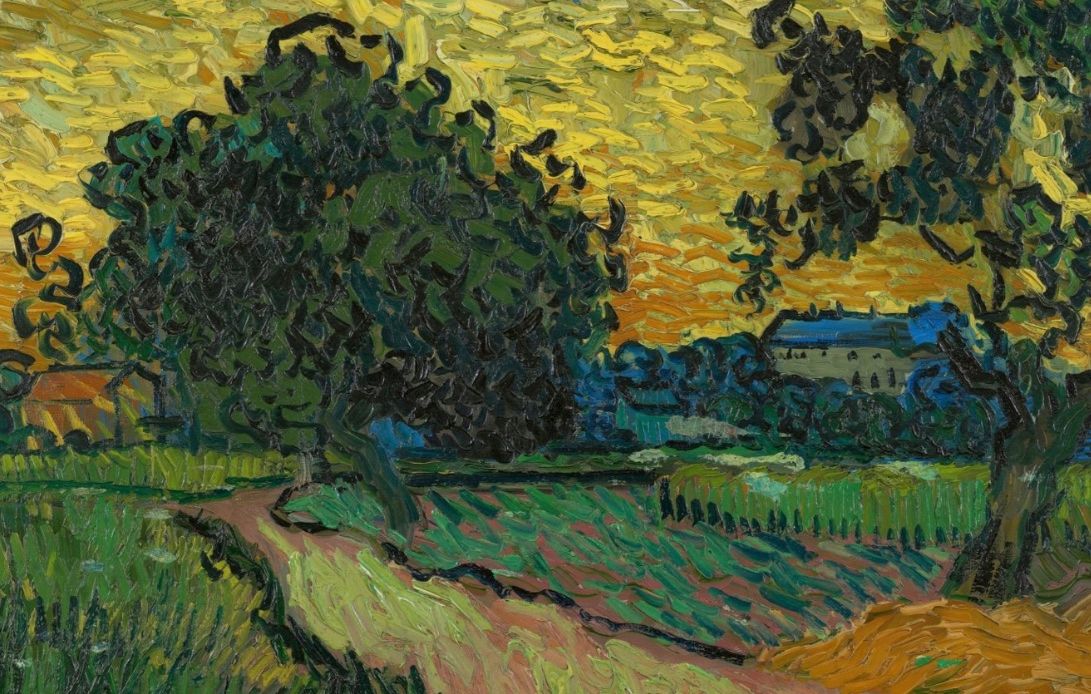 Painted in June 1890, it is an evening view looking toward the château of Auvers. Vincent almost certainly never stepped inside the privately owned 17th-century mansion, but it was an imposing building in spacious grounds on a prominent spot on the side of the valley. He would have often seen it from afar when he set off to work. In 1987 the château was bought by the département (county) and although its furnishings have long gone, it has been opened to the public—currently with a visitor experience on Impressionism. 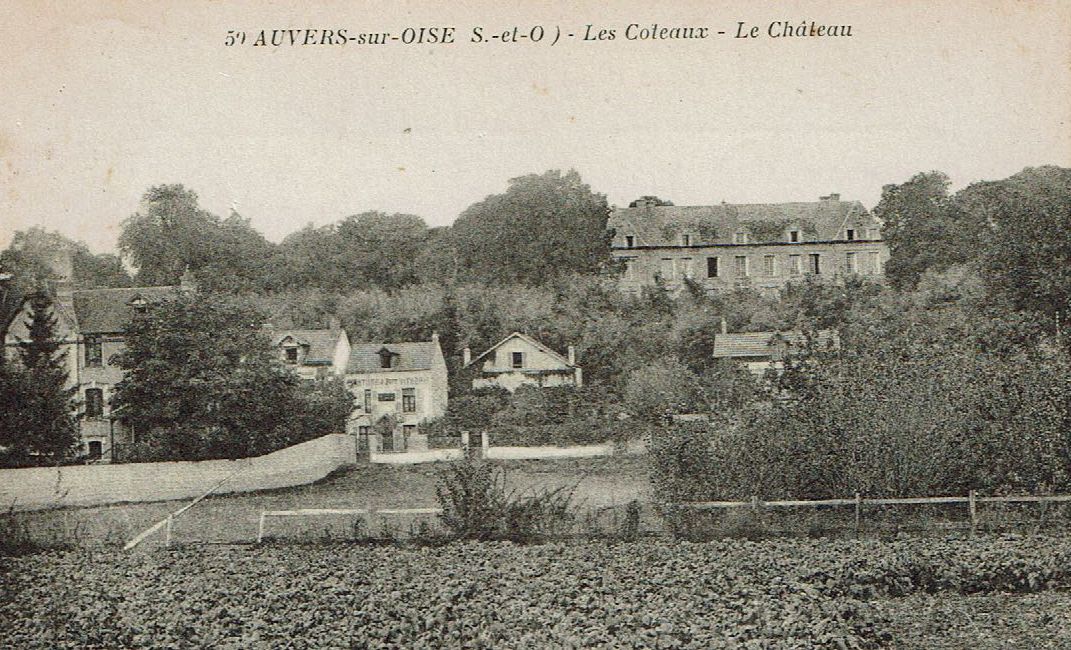 A view towards the château of Auvers, postcard, 1920s (when the village was becoming more built-up)

Vincent described the painting to his brother Theo in a letter from 24 June 1890: “An evening effect—two completely dark pear trees against yellowing sky with wheatfields, and in the violet background the château encased in the dark greenery.” He viewed the château from just west of the centre of the village, five minutes’ walk from the inn where he lodged.

In the painting the path on the left leads the eye towards a solitary farmhouse with a terracotta roof, contrasting with the dark green mass of a large tree. But what gives the picture its impact is the luminous, golden evening sky. Van Gogh was aiming not for realism, but for dramatic effect.

A month after completing this painting Vincent shot himself, dying two days later. His artworks were inherited by Theo and, after Theo’s death six months later, by his widow Jo Bonger.

Jo sent Landscape at Twilight to London in 1910, for the pathbreaking exhibition Manet and the Post-Impressionists—the show that created the term Post-Impressionism. Priced at £90, it failed to sell. 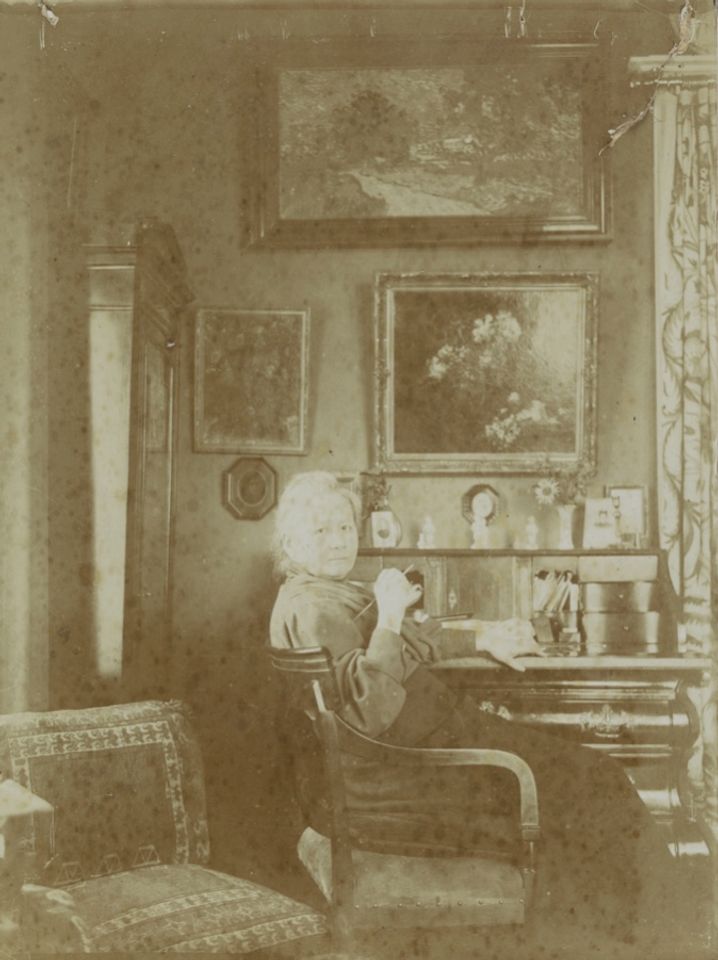 Jo Bonger’s apartment in Amsterdam, with Landscape at Twilight on the wall, after 1909 Courtesy of the Van Gogh Museum, Amsterdam (Vincent van Gogh Foundation)

She loved Landscape at Twilight. Although most of Vincent’s hundreds of unsold paintings had to be kept in storage, Jo hung the Auvers picture in her sitting room above her desk. In 1973 it passed to the newly created Van Gogh Museum in Amsterdam.

Landscape at Twilight has a particular resonance in the Van Gogh story, since Vincent shot himself on the edge of a wheatfield that lay just beyond the far side of the château. In the early evening of 27 July 1890, when he set off for his last journey, he probably walked along the very path that appears in this painting. But for once, it was not art that was on his mind—his agonising thoughts were on the impending end. 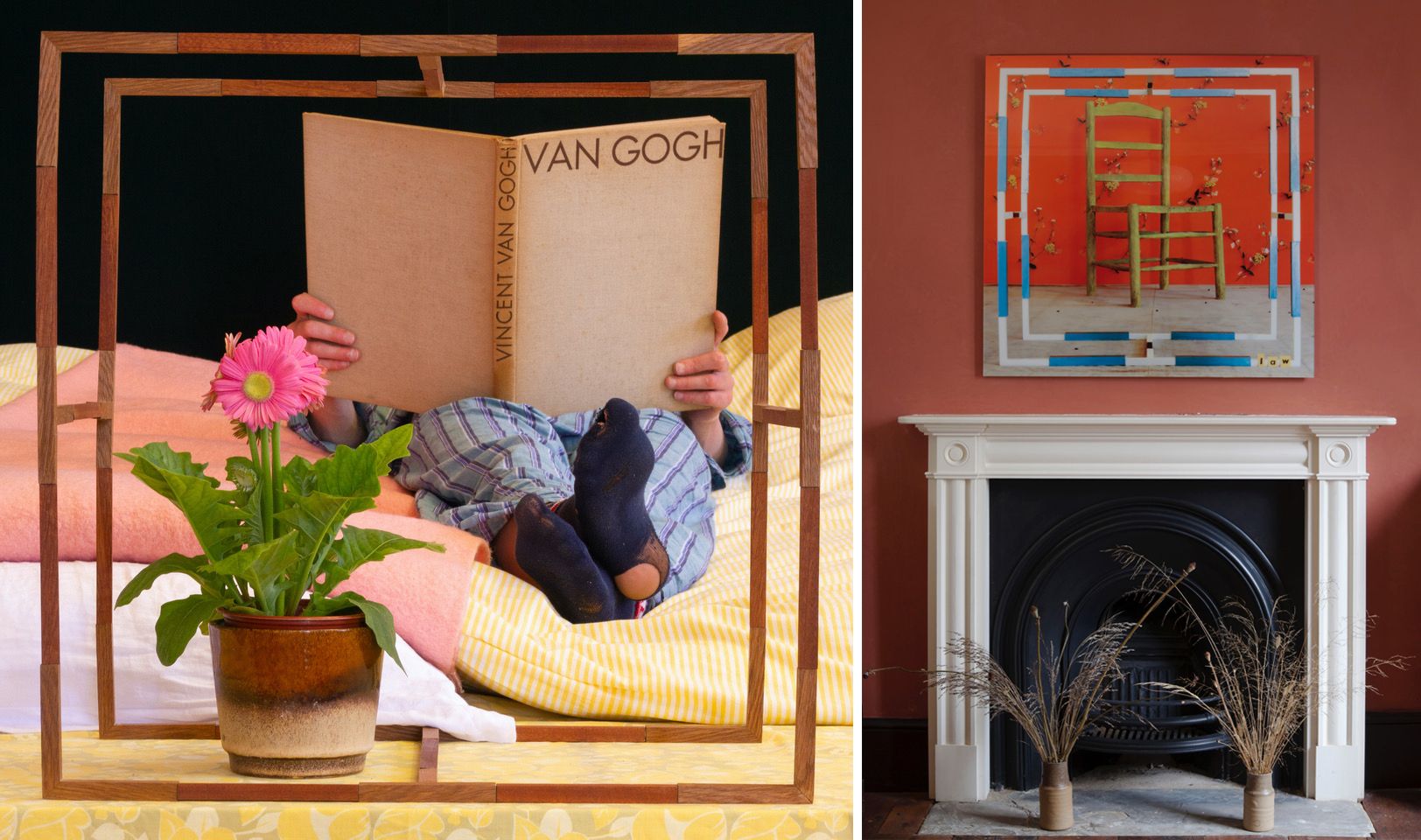 • The Van Gogh House London, at 87 Hackford Rd, Brixton (where Vincent lodged in 1873-74), is hosting its first annual commission and is open to visitors. Entitled Life and its most trivial particulars (until 18 December), it is devised by Brian Griffiths and Frank Kent. The show comprises a photographic installation in all eight rooms of the Georgian house, including the upper bedroom where Vincent once slept. 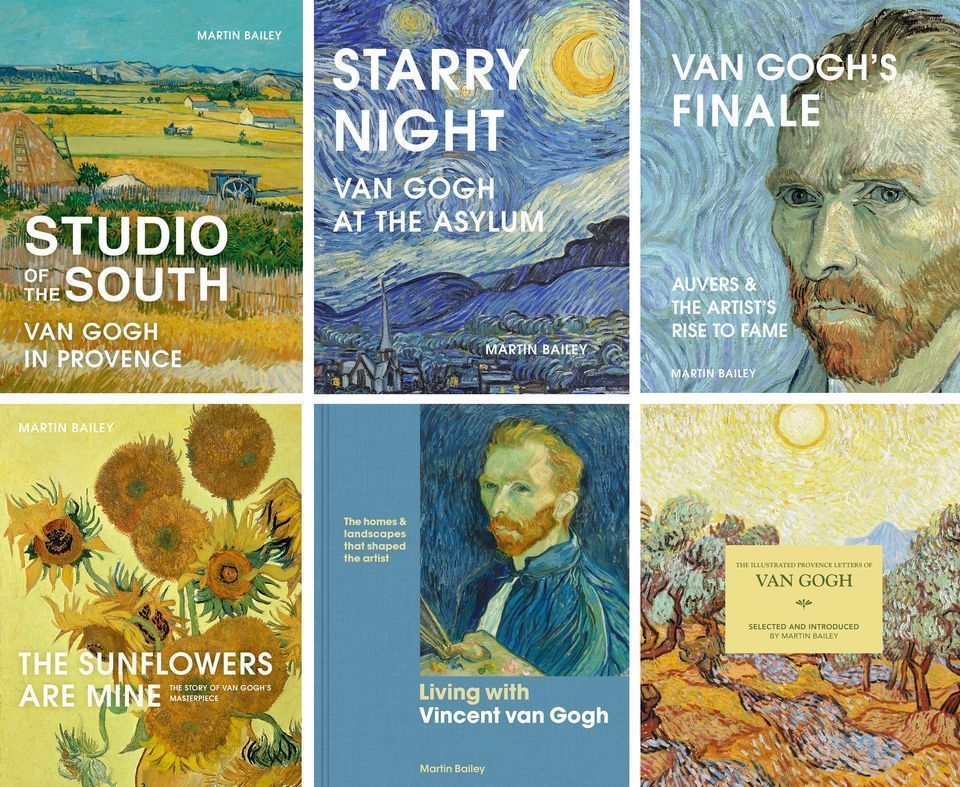