A reflective journey: Doug Aitken’s hot-air balloon touches down in the Berkshires 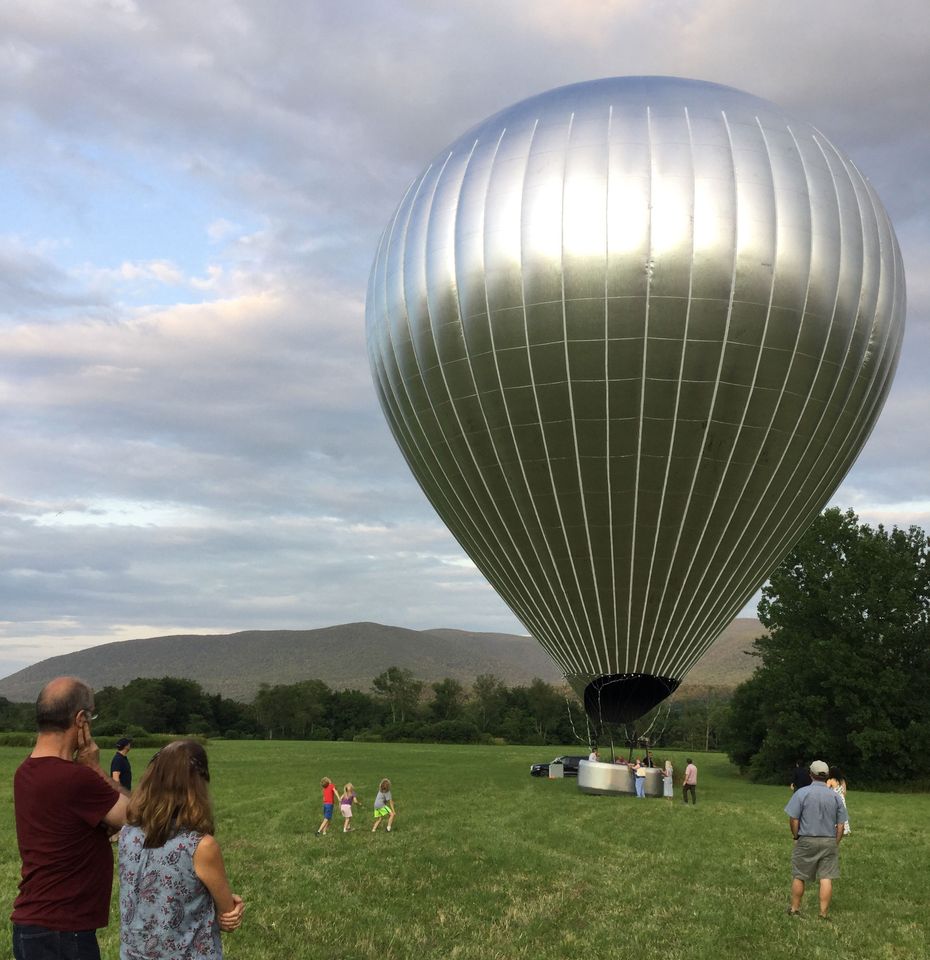 At sunrise on the last Sunday of July, a handful of men were on duty to control a hot air balloon tethered to SUVs on the endless greenery of Field Farm in the Berkshire Mountains, in western Massachusetts. The 100-foot mylar balloon was the centerpiece of Doug Aitken’s ambitious state-wide project New Horizon, organised by the Massachusetts-based conservation non-profit The Trustees, which launched in mid-July from a beach on Martha’s Vineyard island off Cape Cod, travelled through Boston and landed at its final destination in Williamstown. The placid summer weather and cloudless sky allowed for the balloon’s scheduled flights that morning to go ahead, although a determined gust of wind could change the entire itinerary, as it had at earlier locations. As the wind picked up, ten of us fitted into the giant basket and watched gusts of fire rush up into the hollow envelope—the temperature rising in concert with our elevation—on the last of the tethered flights.

“This work is a living system!” said Aitken, surprised about the unpredictable extent of this project even after years of equally ambitious work under his belt, including the installation Mirage, a mirrored house reflecting the surrounding Southern California desert at the first Desert X biennial. Aitken’s apparent interest in mirrors is based on “their cinematic effect”, he said, and their ever-changing surfaces.

As the balloon made its way across the state, there were a few unexpected stops, including UFO-like landings on a highway or a laundromat parking lot. Locals caught a sight of the silvery cloud meandering like a strange bird over the area’s mountainous silhouette. “Great works of public art change the viewers’ sense of space and themselves,” said the project’s curator Pedro Alonzo, noting that many people gathered to watch the balloon take off, or drove along underneath following its drift. And he admitted feeling relieved to give up control over the work’s procession, enjoying instead the chance to look for moments of spontaneous bonding between strangers, such as a heavy downpour before Juliana Barwick and Moses Sumney’s performances at the Crane Estate in Ipswich.

Throughout its half-month journey, the balloon also served a reflection point —both literally and metaphorically—for local communities and visitors, hosting panels, discussions, and concerts around ideas of nature, social change, and cultural production at planned touch-down points. The artist Sarah Morris talked about creativity, the ecologist Chris Neill lectured about landscape design’s role in wildlife and climate control, and Jónsi, Destroyer, and Moses Sumney held concerts. 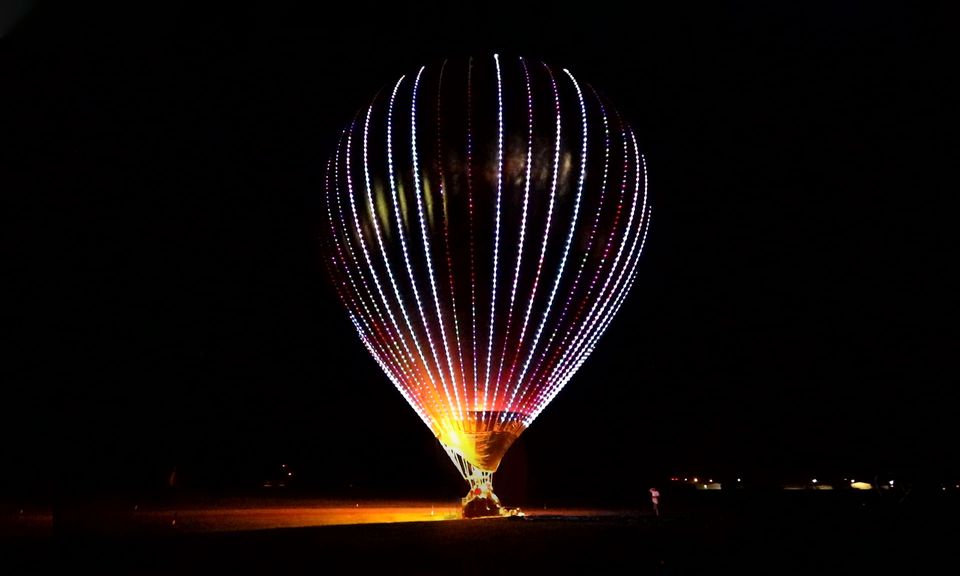 The night before its final flight, the balloon revealed another face, turning into a mammoth sculpture dotted with lines of lights, beaming in concert with Bang on a Can’s live score. Currently residents at the neighbouring MassMOCA, the band activated the balloon parked by the Naumkeag estate, the Gilded Age summer residence of the 19th-century lawyer Joseph Choate and his family, with 44 rooms housing Flemish tapestry, 300 pieces of Chinese porcelains, and a portrait of Choate’s daughter Mabel by John Singer Sargent. Looking out from one of the house’s balconies during The Trustees’ summer Garden Party, I could see both the Fletcher Steele-designed garden terrace’s ornate wooden Venetian poles and Aitken’s otherworldly New Horizon. As the sun went down, hot air gushed in to the balloon as a rain of light fell across its surface, making it resemble an upside-down volcano. Fluctuating between serene and tempestuous, the harmony between the music and lights permeated the pitch dark.