An artistic cookbook for the next generation 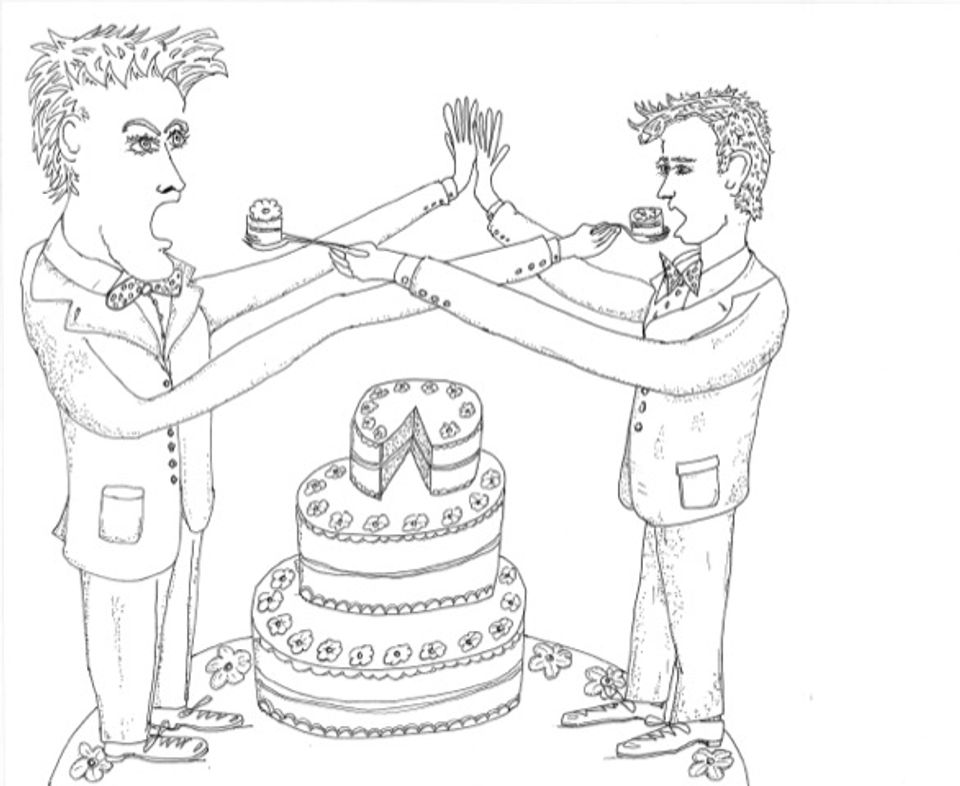 The cabaret-performer-turned-cook, Daniel Isengart, will be doing a performance, with plenty of food, to promote his new book The Art of Gay Cooking on 14 June, as part of the Brooklyn art space the Invisible Dog’s summer programming. The book is a “ gay adaptation” of Alice B. Toklas’s best-selling 1954 cookbook, which included such recipe gems as Hashish Fudge, given to her by the artist Brion Gysin. Isengart, who grew up in France and Germany, likened the writing process to translation and to his performance practice, which likewise requires him to “interpretes material and make it [his] own”. Inside the book are illustrations by the Gertrude to his Alice—his partner, the conceptual artist Filip Noterdaeme—and their homage to the lesbian expatriates is not a fleeting phenomenon: in 2013, Noterdaeme published The Autobiography of Daniel Isengart, his adaption of Stein’s The Autobiography of Alice B. Toklas (1933). On the menu for Thursday night is a “literal” rendition of Mae West’s You Gotta Taste All the Fruit in which Isengart plans to sample all the fruit put in front of him, a performance he calls “post-modern”, as well as early 20th-century French and German songs. There is no word, however, on whether special brownies will be served at dessert.