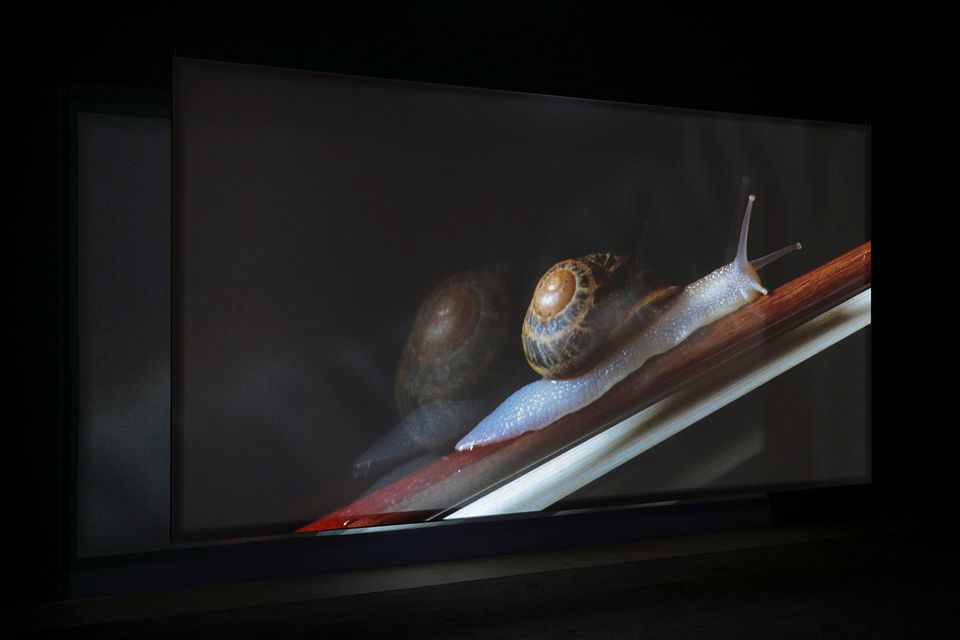 You know the story of the tortoise and the hare. What about the violist and the snail? This unlikely pair performs an unexpectedly dramatic duet in If and Only If (2018), a transporting short film by Anri Sala that recently premiered at the artist’s show at Marian Goodman Gallery (until 14 April).

The show also includes The Last Resort, a 42-channel sound installation conceived last year for an outdoor commission from Kaldor Public Art Projects in Sydney, Australia. Self-playing snare drums, which reflected that city and were seemingly affected by wind, now hang from the ceiling of a hushed, carpeted room illuminated by only by a bright, cold movie light. Their drumsticks’ tapping, subtle at first, gradually trigger a full orchestra performing the Adagio from Mozart’s Clarinet Concerto in A Minor. 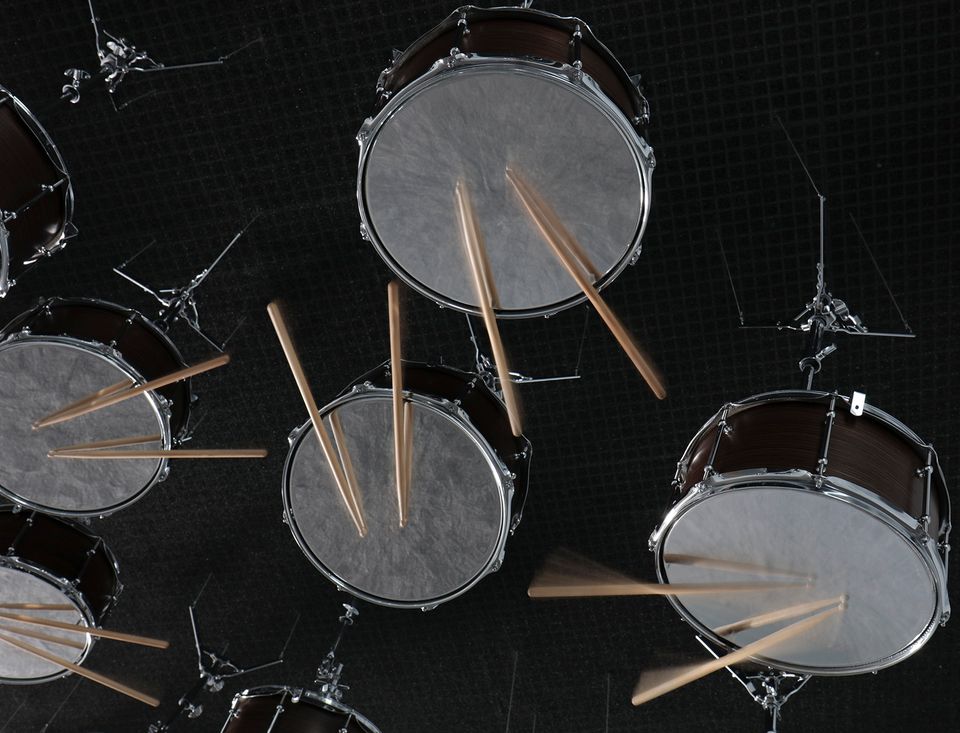 It’s a magnificent distortion of the composition, which technology has brought a long way. But the soul of the exhibition is the uplifting journey depicted in Sala’s new film, an allegory of domination (political and sexual), resistance and control. Shot in extreme close-up over five days, Sala’s camera closely follows the unhurried progress of a garden snail along the length of a bow deployed by French violist Gérard Causeé in his performance of Stravinsky’s Elegy for Solo Viola. Despite the snail’s pace, the French maestro has a hard time keeping up with its moods, forced to make constant adjustments to keep the snail on track without losing it to the floor.

Their “dialogue” is as tense as any impassioned quarrel between antagonists, be they lovers or authoritarians. “I think of it as a road movie,” Sala said at the opening. “Anri never ceases to amaze me,” Goodman remarked. “I was so touched by the way Gérard protected the snail. I’ve never seen that before.”