Californian-based singer and actress, now 78, has long collected art and design, starting with a Matisse in 1964 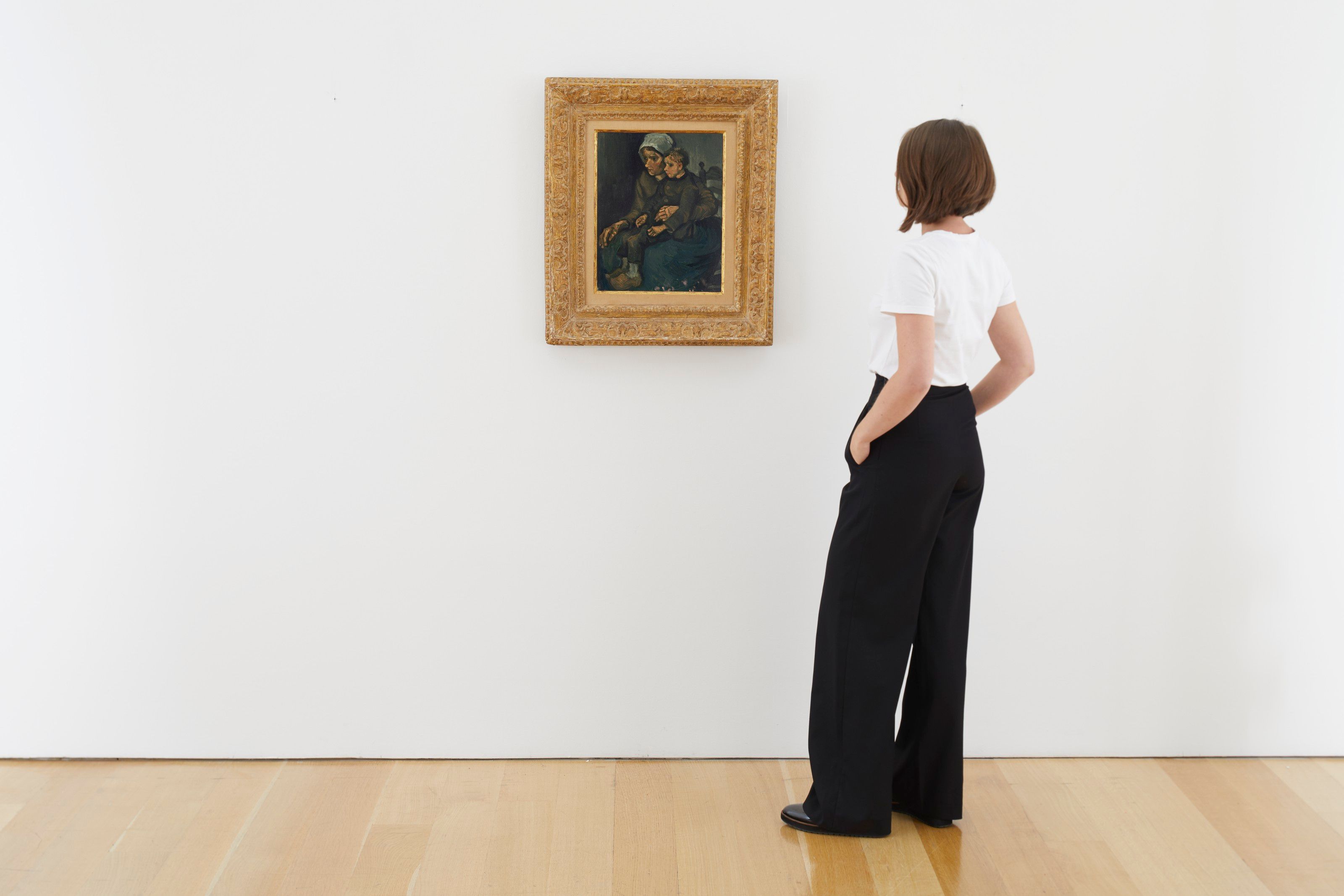 Barbra Streisand was the anonymous buyer of Van Gogh’s Peasant Woman with Child on her Lap (1885) at Christie’s, New York on 6 October, paying $4,470,000. She revealed her purchase to the New York Times magazine, saying that she intended to lend the painting to an unnamed museum. The price flew above the estimate of $3.2m-$3.8m.

The Californian-based singer and actress, now 78, has long collected art and design, starting with a Matisse in 1964. Her particular interests include American folk art, Art Nouveau, and Arts and Crafts design. Streisand is also a fan of Van Gogh.

Guccione later faced financial ruin, as Penthouse struggled to compete with the internet, and he sold Peasant Woman with Child on her Lap at Sotheby’s in 2002, when it fetched $834,500. He died in 2010. The Van Gogh had been bought by a US West Coast collector, who lent it to the San Diego Museum of Art from 2018 until March this year. 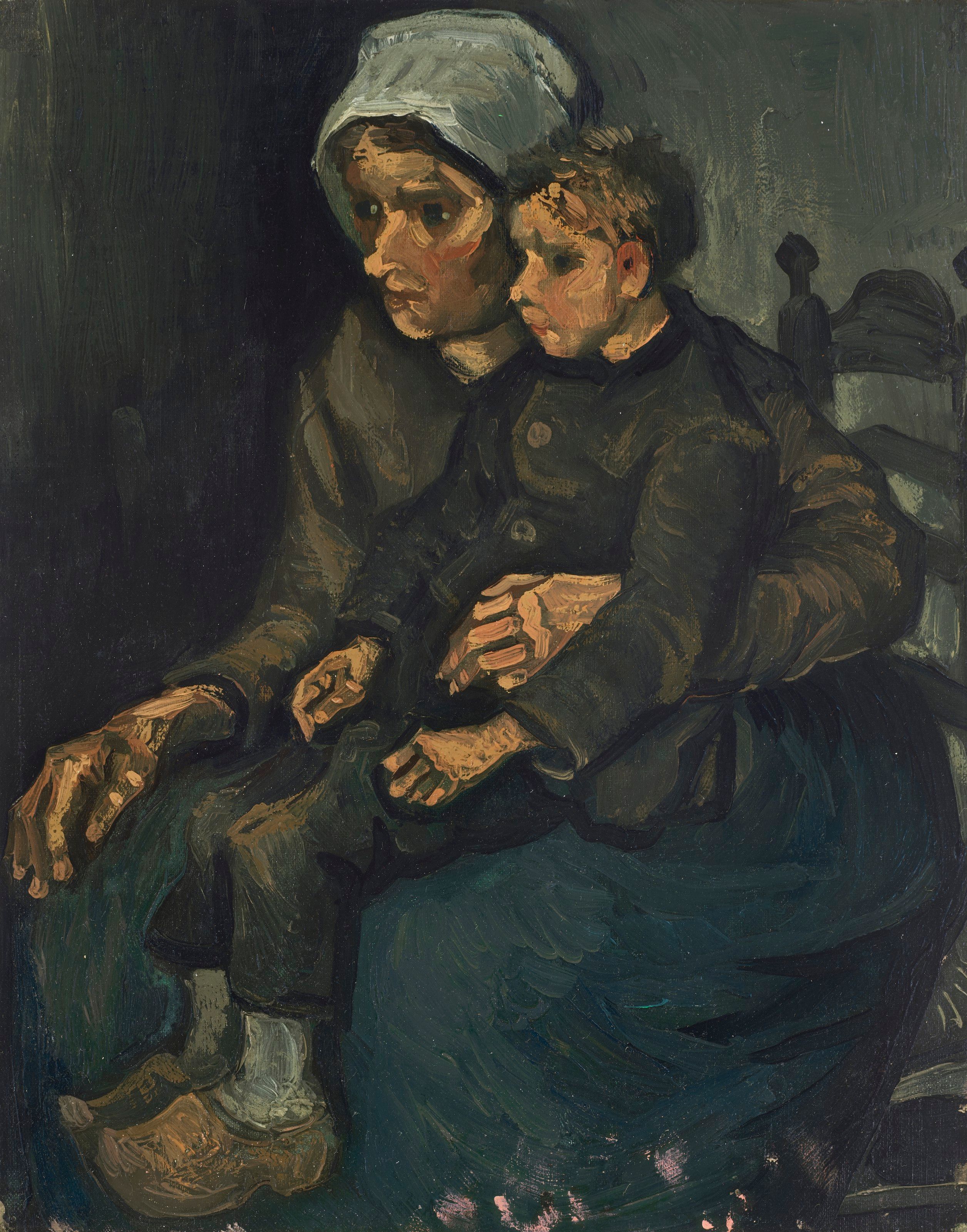 Peasant Woman with Child on her Lap was painted in March-April 1885, when Vincent was living with his parents in the village of Nuenen, in the south of the Netherlands. During his stay the artist painted more than 30 heads and figures of the local peasants, but this is the only one of a mother and child. These painted studies led to his first masterpiece, The Potato-Eaters (April-May 1885, finished version at the Van Gogh Museum, Amsterdam).

In the mother and child painting, the woman’s figure, framed by her white bonnet, stands out against a dark background, with only the back of a chair visible in the cottage interior. Her identity remains unknown. The young boy, protectively held by his mother, wears clogs. 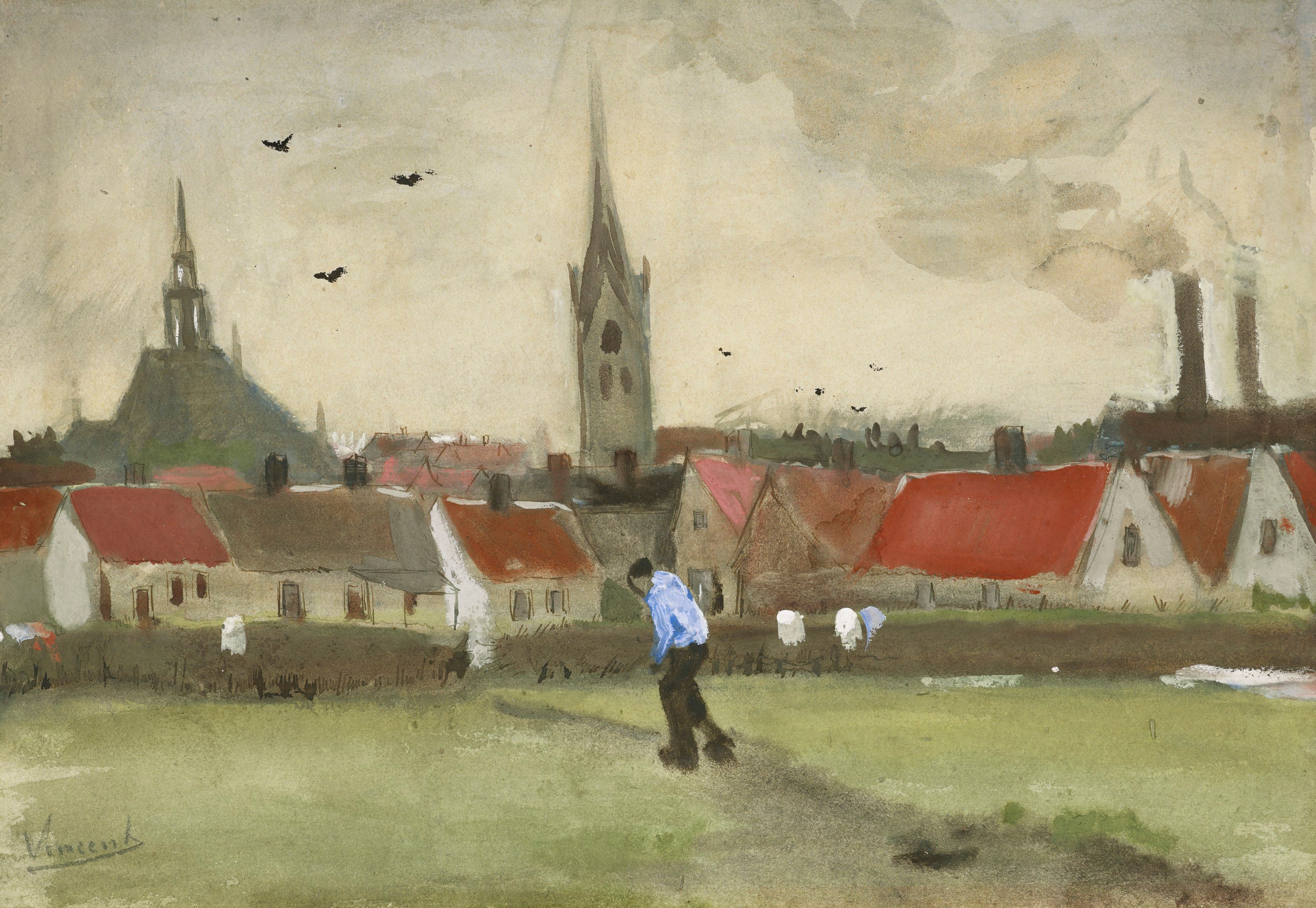 At the same Christie’s sale in October Van Gogh’s watercolour View of The Hague with Nieuwe Kerk (March 1882) came under the gavel. Painted from an area known as the Little Marsh, to the north west of the city, it depicts the towers of the New Church on the far left and the Great Church in the centre, balanced by two belching industrial chimneys on the right.

We can add a little to the provenance given in the Christie’s catalogue, since the watercolour has changed hands frequently in recent times. In 2004 View of The Hague with Nieuwe Kerk passed from a Dutch owner, via The Hague dealer Ivo Bouwman, to the Sydney collector Eric Brecher. Six years later the New Orleans dealer M.S. Rau sold the painting to an Alabama owner, buying it back three years later and selling it to a Pennsylvanian collector. In October the Pennsylvanian owner sold it at Christie’s for $1,050,000 (estimate $700,000-$1m).

Although Van Gogh’s relatively scarce watercolours only very occasionally come up for auction, another sold earlier this month. The Laak Mill near The Hague sold at Sotheby’s, New York, on 8 December for $2,500,500. It was painted just four months after View of The Hague with Nieuwe Kerk.