OK, OK, OK. We too have got caught up in the Bernie Sanders meme mania. After spotting this genius (albeit laughably Photoshopped) picture of him opposite Marina Abramovic in a MoMA performance, The Art Newspaper team has been hard at work... trying to go one better. Here we give you the fruits of our labour (and our apologies for any crucial art world news that may have been missed while we were distractedly copy and pasting).

First up we have a legendary painting for a legendary man. We've always thought that Van Gogh's chair looked pretty uncomfortable and judging by Bernie's face, we were right. 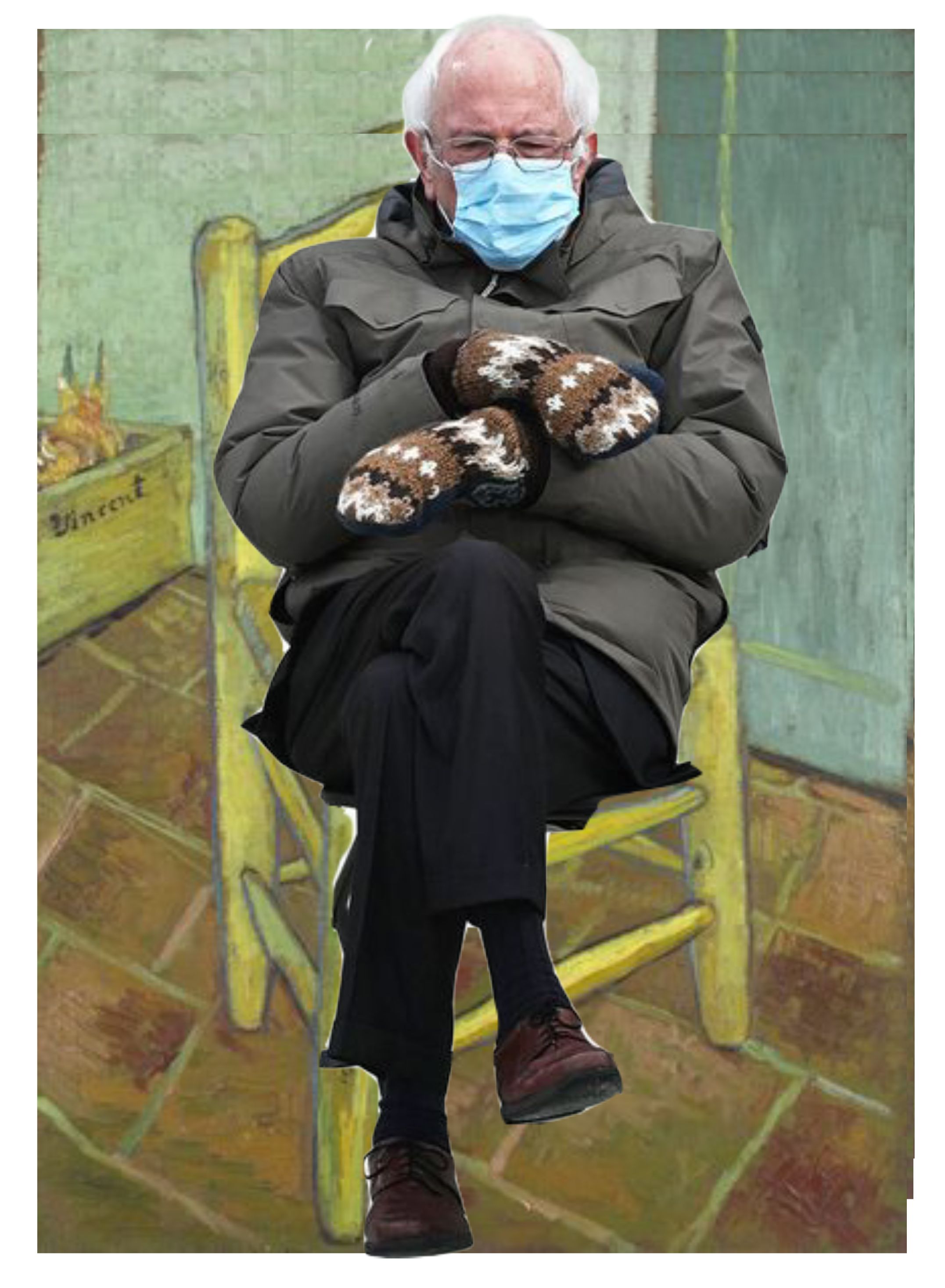 Bernie has faced down some of the most fearsome names in American politics during his stint as the longest serving independent politician in US congressional history. You think a mere shipwreck would faze him? His mittens might keep him toasty, but Senator Sanders remains cool as ice as his seafaring mates descend into starvation-induced cannibalism. 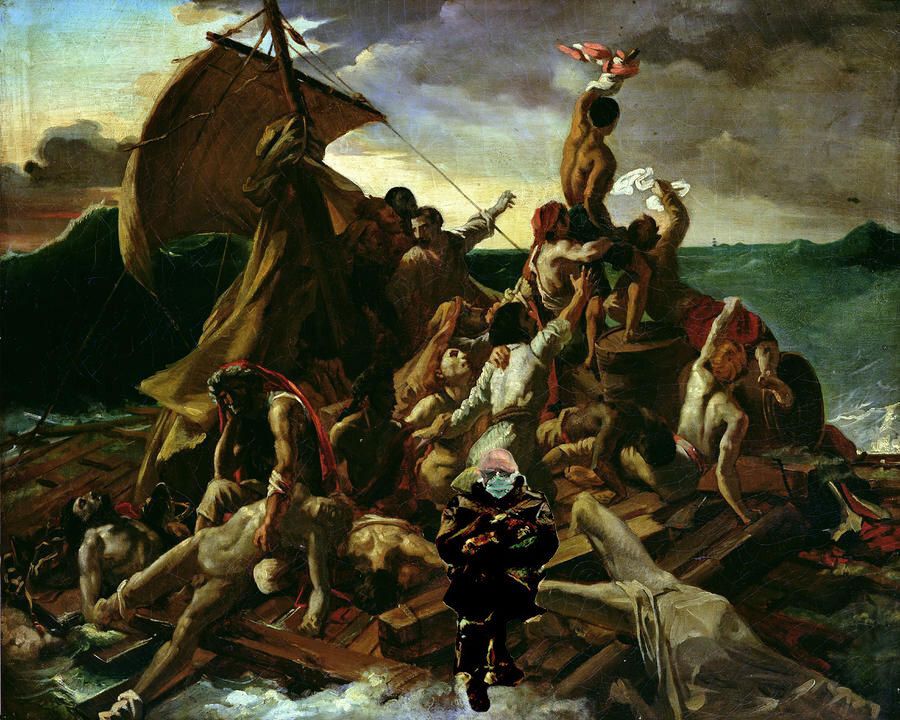 No stranger to a seated protest, Sanders cut his teeth during the civil rights movements and organised sit ins at the University of Chicago to desegregate campus housing in the 1960s. Something tells us Tate security have their work cut out for them here. 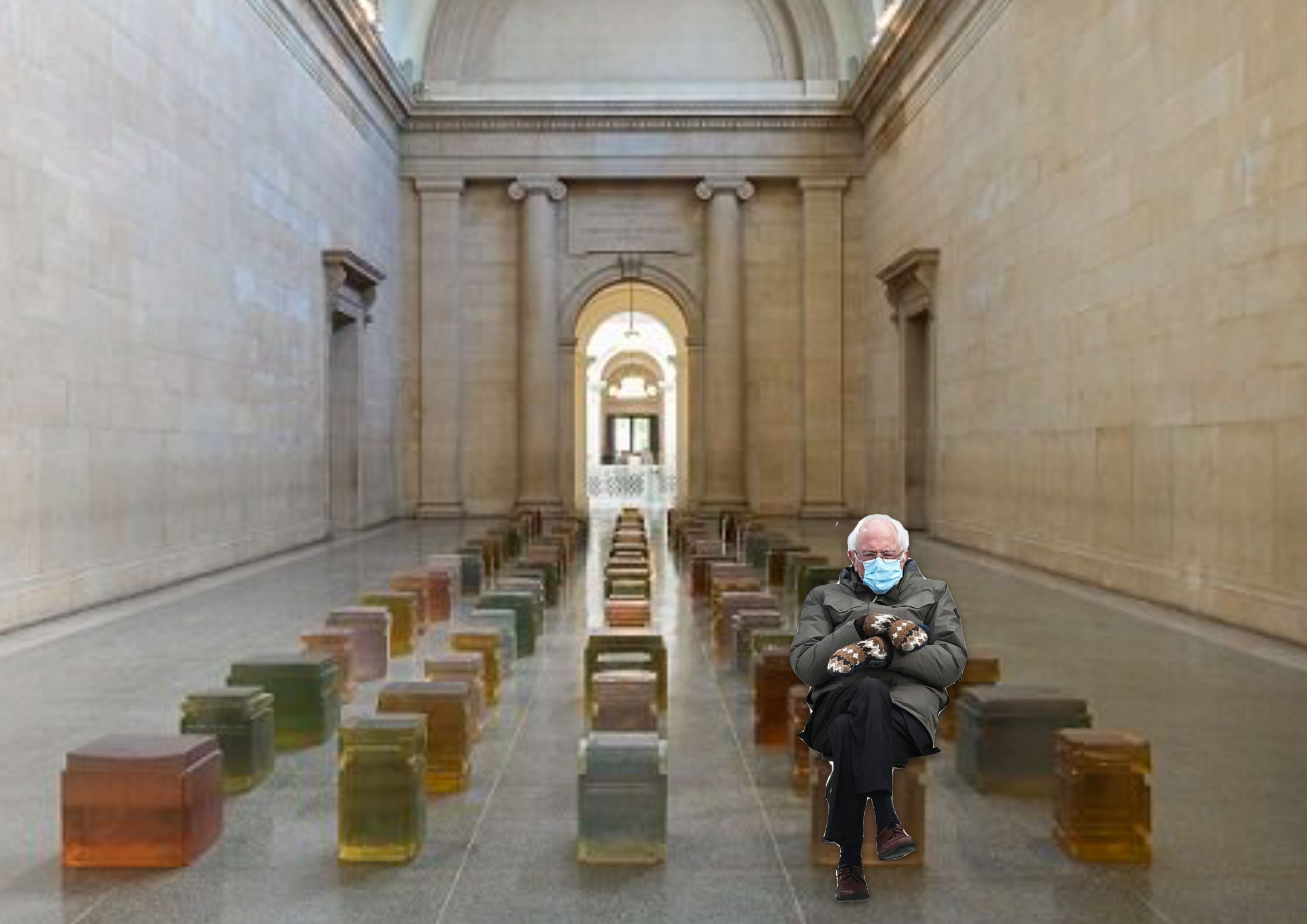 He wanted to topple the billionaire class, but appears to have toppled himself in the process. 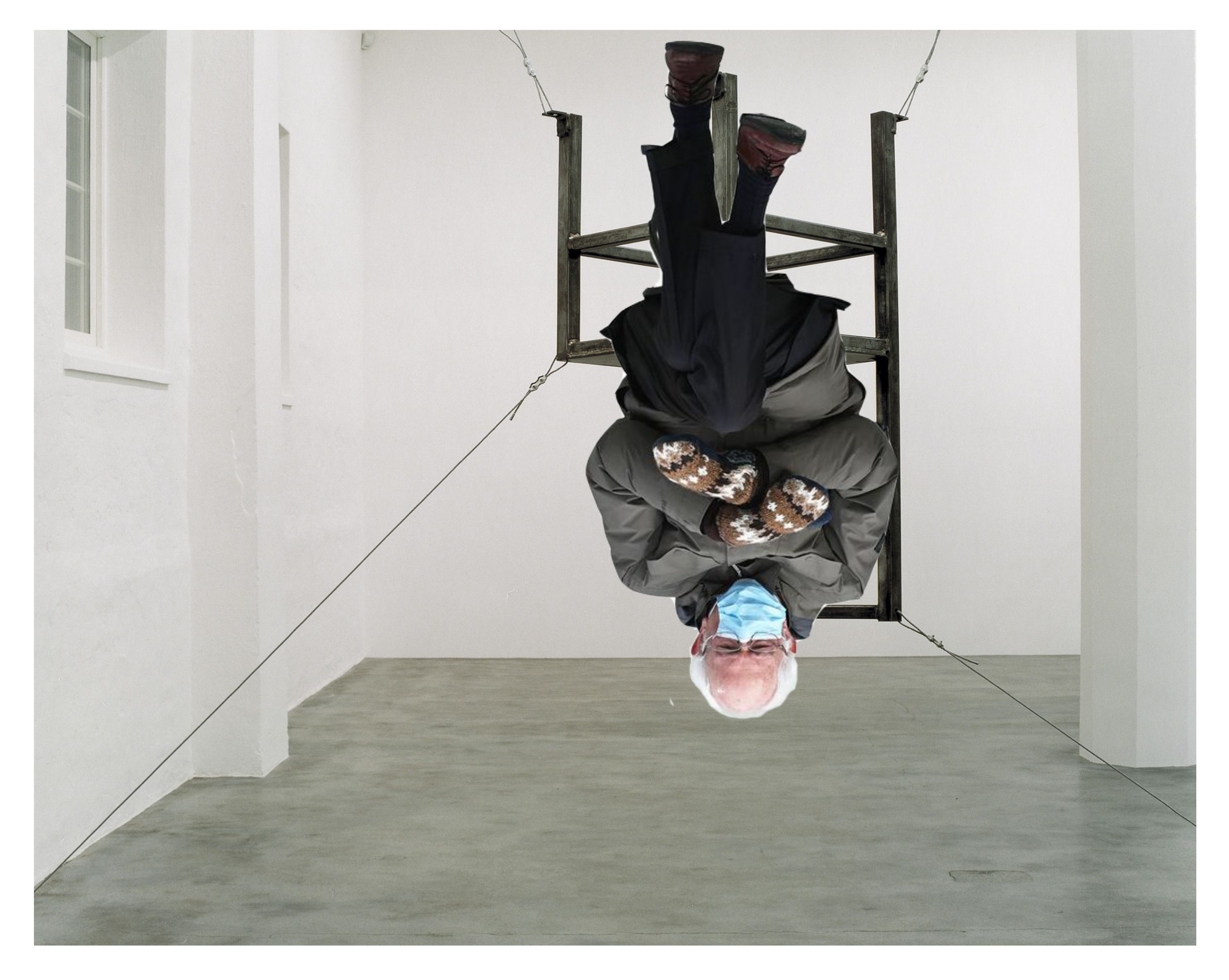 "Yes, it's a searing critique of white, male privilege in contemporary Western society... the mittens are symbolic of the unyielding protection that is afforded to the patriarchy." 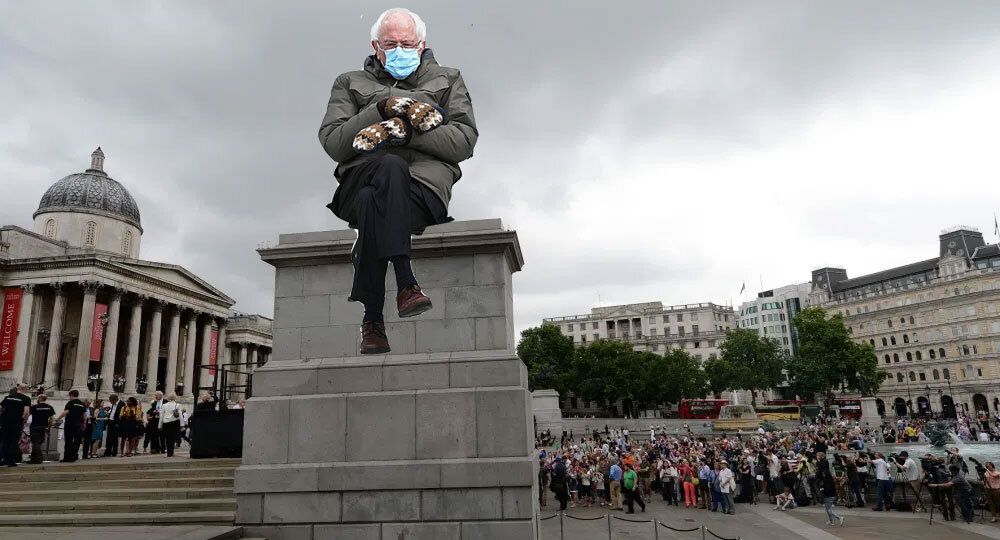 The voyeur from Vermont? We doubt Bernie's kinks extend to more than harmless Leninist roleplay, but these frolicking Parisians appear to have made him witness to quite the salacious scene. Though if anyone's the pervert here we suspect it's the fully dressed men having breakfast with a naked woman. 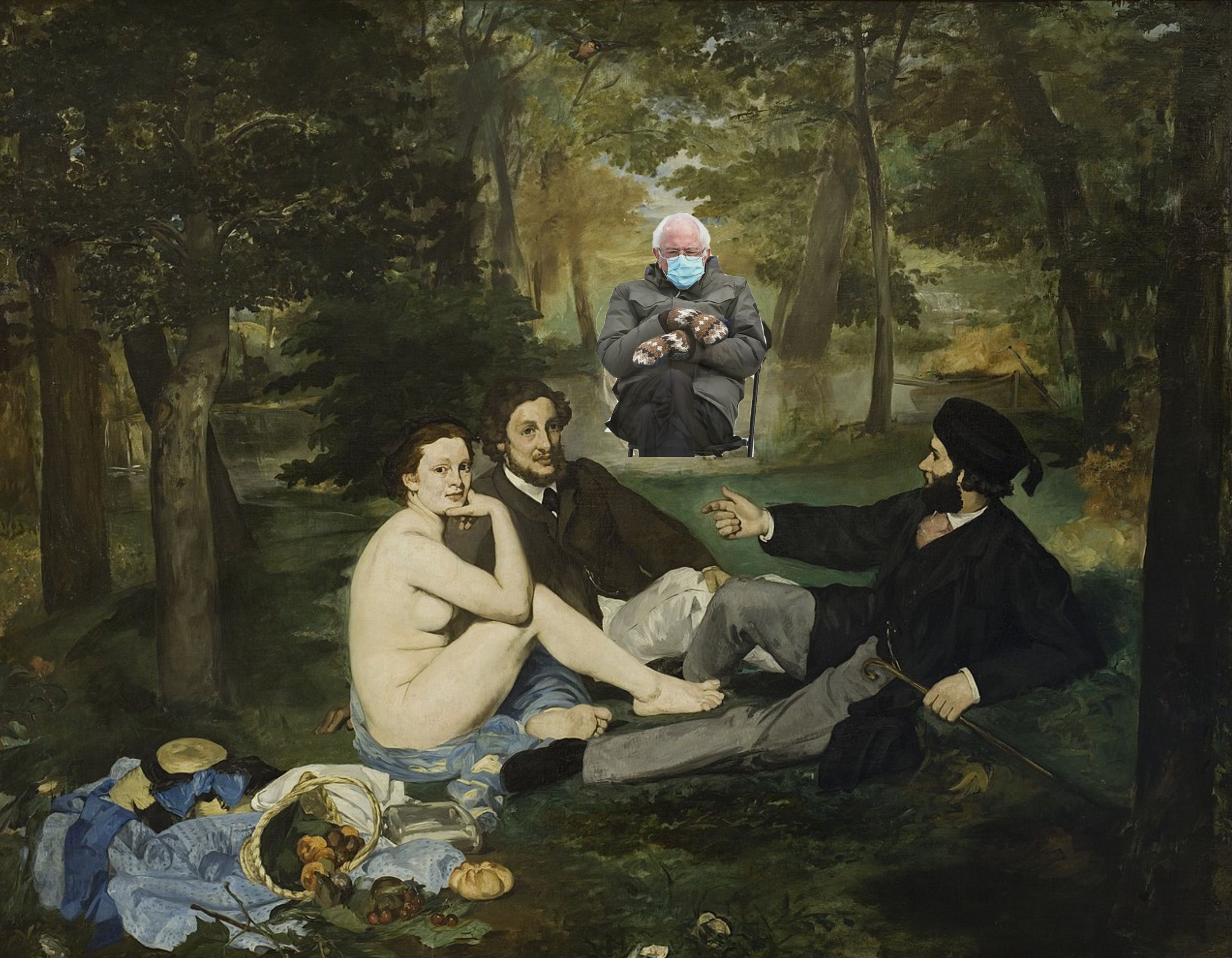 We declare this meme a solid 18-karat gold piece of... art. 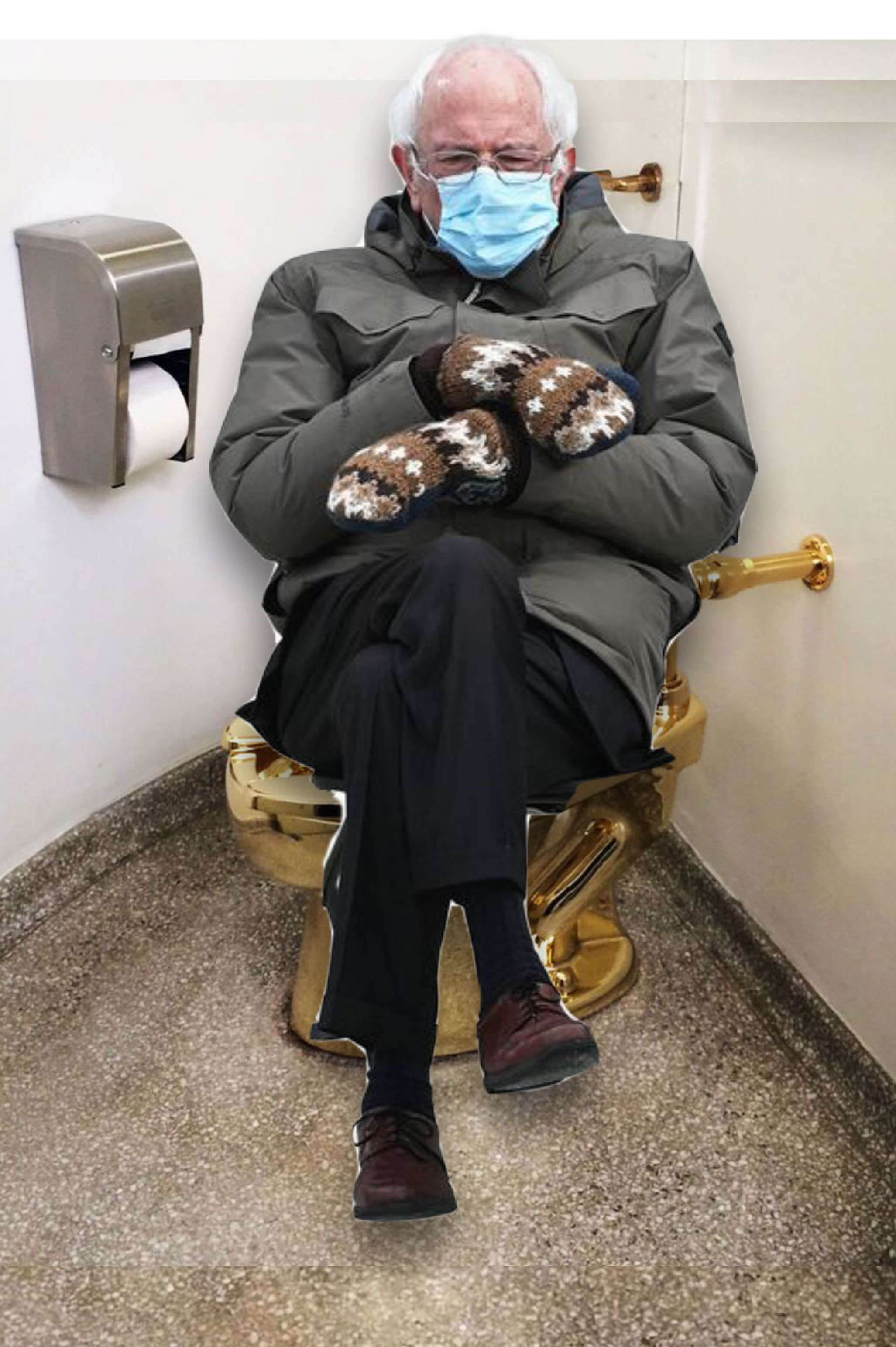