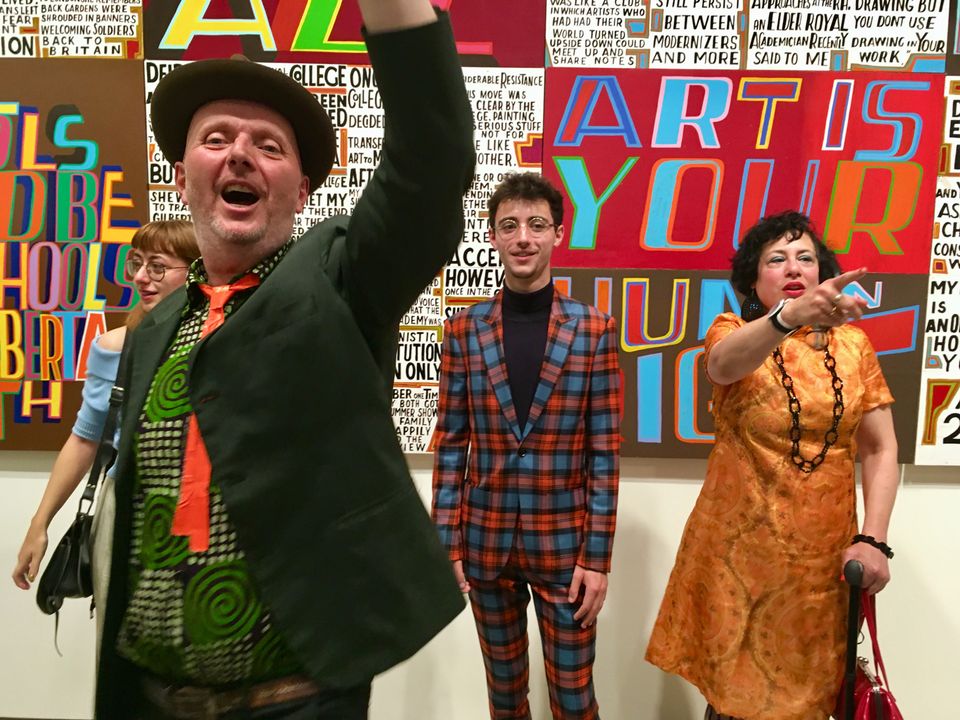 Bob and Roberta Smith, with his children Etta and Fergal, and wife Jessica © Louisa Buck

The opening of the special project by the artist and Royal Academician, Bob and Roberta Smith, at the Royal Academy of Arts on Tuesday night (3 September) was very much a family affair.

The show’s title, The Secret to a Good Life (until 3 February), comes from the advice given to Bob and Rob by his late mother, the artist Deirdre Borlase. When asked for the secret to a good life, Borlase replied “get a good pencil, a 2B or a 3B, not an HB—HB’s are for architects”. These and many other nuggets of Borlase wisdom are emblazoned across a series of specially made paintings and sculptures by her son, which pay tribute to this remarkable individual who overcame barriers of class and gender to build a career as an artist. (Although her husband went on to run the Chelsea school of art, she was always the more commercially successful of the two.)

The many examples of Borlase’s own excellent paintings are a key part of the show. She regularly exhibited these from the 1970s onwards and sold at the Academy’s Summer Exhibition, but under the more strategically masculine sounding moniker of D. Borlase.

The trials and tribulations of women artists in their dealings with the Academy and beyond, form another key strand of show with other family members chipping in. Bob and Rob’s wife Jessica Voorsanger, has contributed a pantheon of painted portraits of key women artists past and present, topped by the image of the founding female Academician Angelica Kauffman. The other female founder-member of the Royal Academy, Mary Moser, is commemorated in a striking sculpture made by Bob and Rob’s daughter, Etta Voorsanger Brill. 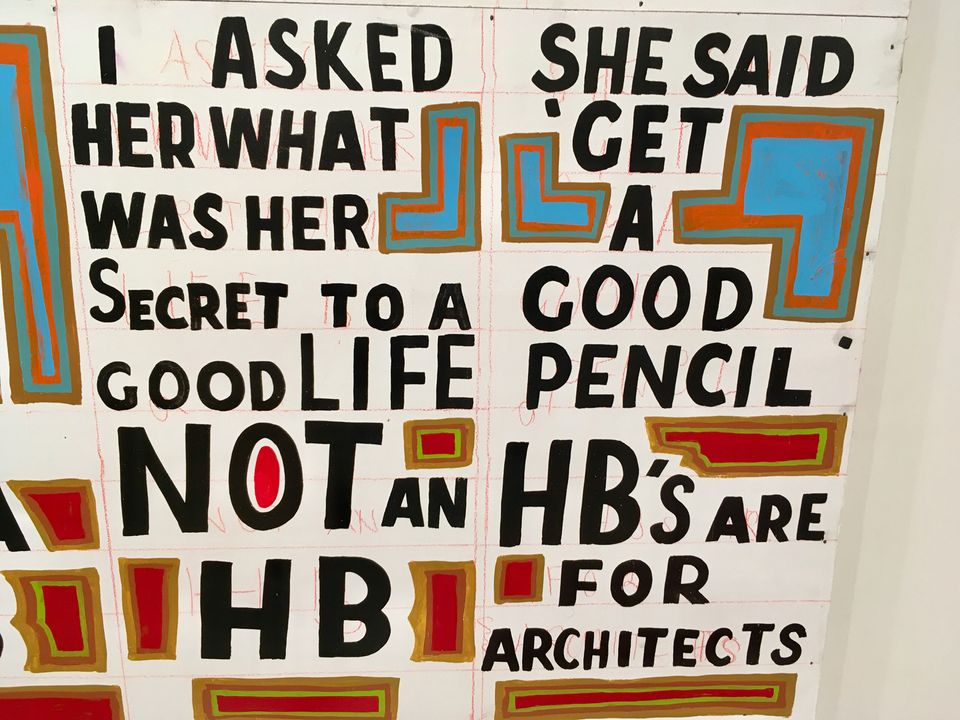 Very sadly, Deirdre Borlase died last month so was not able to see this striking array of her own works shown alongside those of her family members and all the tributes to the artistic sisterhood. However, she would be happy to learn that the Academy is now attempting to make good its sketchy track record regarding female representation. In his opening speech, the institution’s artistic director Tim Marlow revealed that over the past 12 years, 42% of its elected members have been women.

She would also surely have forgiven another family member present at Tuesday’s clan gathering, her grandson Fergal Voorsanger Brill, who it emerged has clasped the dreaded HB pencil as he begins his studies this autumn at the Bartlett School of Architecture. Here’s to drawing across the genders and in all its forms!