Who better to represent this global, fragmented era of displaced communities and multiple diasporas than Francis Alÿs? The peripatetic artist left his native Belgium for Mexico City more than three decades ago and his purposeful wanderings through streets, across countries and between continents feeds into richly associative work. His artistic practice can be at times completely insubstantial, evidenced by the melting block of ice he once pushed along the pavements of Mexico City. Other times, such as the time he got 500 volunteers to shift an entire sand dune outside Lima by 10cm, it literally moves mountains. He has walked through Jerusalem dribbling a line of green paint along the 1948 state border with Israel, navigated the streets of Copenhagen under the influence of seven different drugs and back in 1997, drew attention to US immigration strictures by circumnavigating the globe in order to reach America without crossing the US-Mexican border.

Last night, Alÿs was honoured at the Whitechapel Gallery’s annual Art Icon gala, which was co-hosted by Swarovski, where Whitechapel's director Iwona Blazwick praised his “evolving but also humanist oeuvre” and the way in which he finds both “the poetics and the politics” in the everyday. For his part, Alÿs declared the icon award to be a happy reminder that in these “strange times in which the mission, role and concept of art has changed...[he is] still somehow part of the game and the other kids want to play with him”. 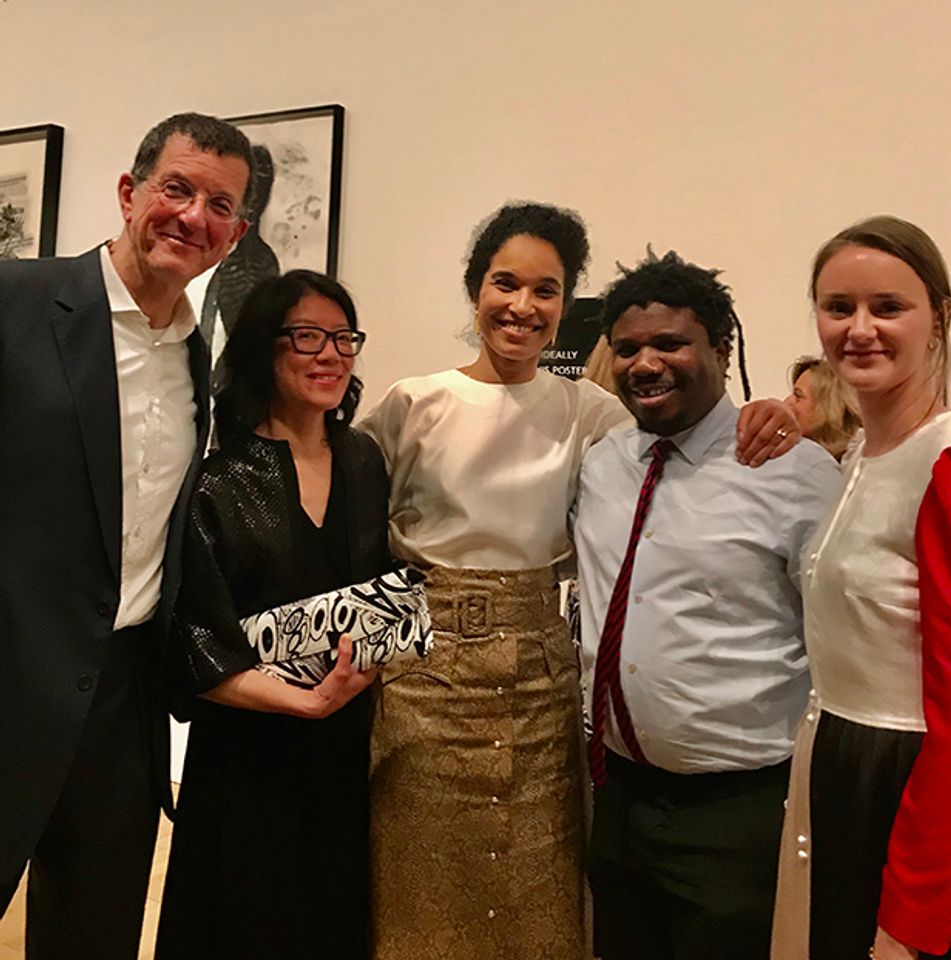 The nomadic theme played throughout the evening. A 200 strong crowd—which included the artists Antony Gormley and Helen Cammock, as well as the Arts Council chair Nicholas Serota and the artistic director of Frieze London Eva Langred—were treated to the unveiling of a new installation by the Portuguese artist Carlos Bunga, who has filled one of the Whitechapel’s rooms with towering cardboard structures and items of found furniture mounted on wheels. These humble components have been assembled in order to express the artist’s experience of “displacement and loss”, as well to explore what is deemed necessary and useful in art, architecture and design. Bunga himself was also very much on the move last night, delivering a special performance that involved him pushing the customised furniture—a table, a chair, a mirror—through the galleries and around the partygoers resulting in a few (good-humoured) near collisions. 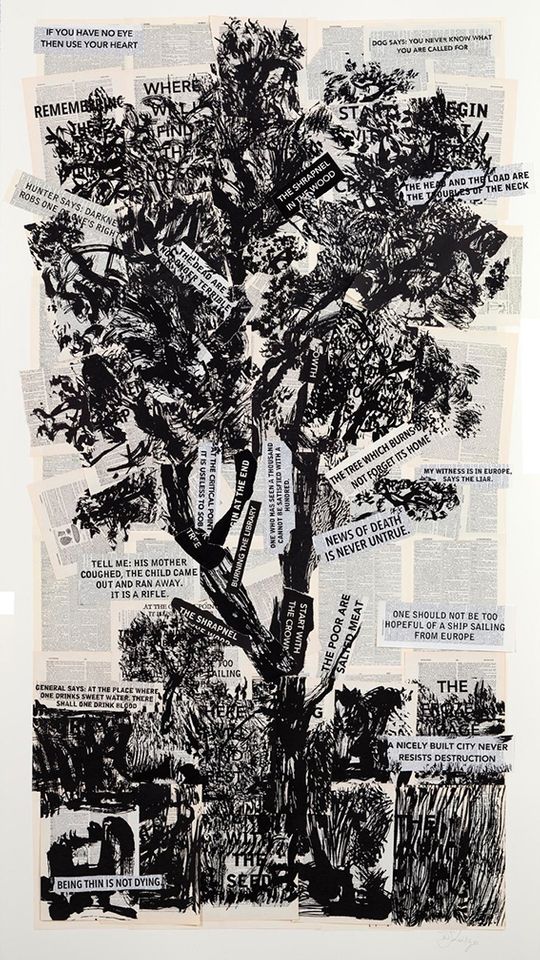 William Kentridge's If You Have No Eye (2014) (edition 15 of 24) made £38,000 at the night's auction Courtesy of the artist. Donation supported by Marian Goodman Gallery

More calming, but still deeply stimulating and utterly global in its scope, was a unique performance during dinner by the legendary polymath musician Nitin Sawhney. His forthcoming album, Immigrants, like all his work, draws on diverse inspirations from across the world to celebrate the power of music as a universal language that challenges any static perceptions of identity, race and nationality.

All these moveable feasts acted to whip up a communal spirit of warmth and generosity which was especially in evidence during the auctions—both live and silent—of donated works. Here, works included a sculpture by Richard Wentworth and Cathy de Monchaux and a vivid painting by Alvaro Barrington, all of whom were also present at the dinner. 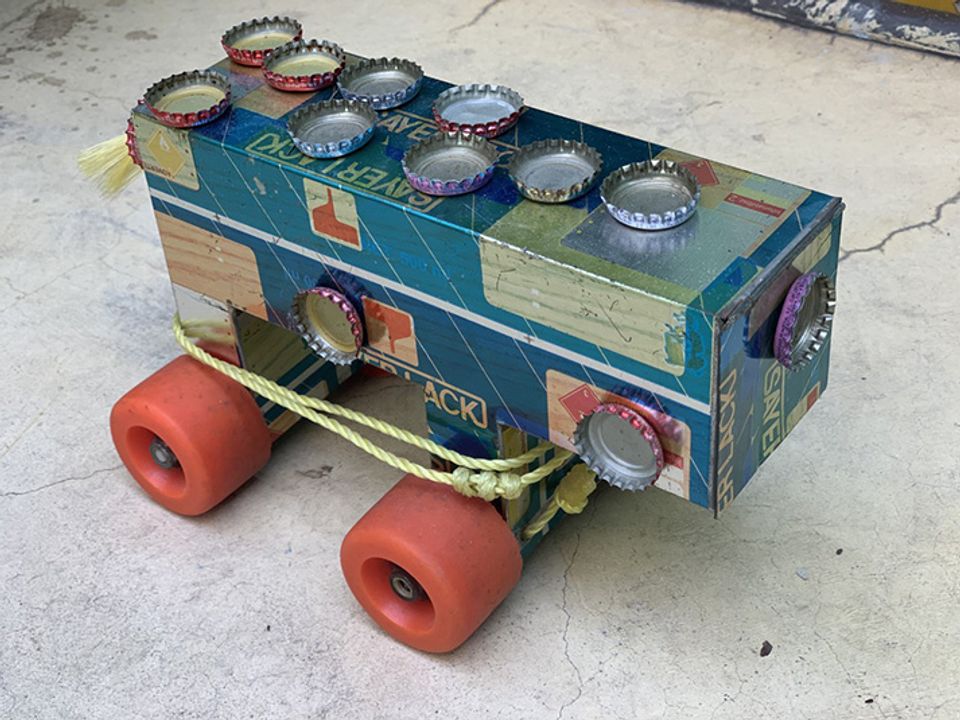 Francis Alÿs's Ghetto Collector (1990/2) made Courtesy of the artist

The evening's first star lot was a magnificent linocut by William Kentridge, which made £38,000. It's second—very much in keeping with the evening’s spirit of motion—was Alÿs’s appropriately mobile Ghetto Collector (1990-2), a sculpture of a block magnet on wheels studded with the metal objects that it had attracted while being dragged along city streets during one of the artist’s earliest wandering performances. However, such a low-rent collecting model did not deter some brisk bidding amongst collectors. Indeed, the work made £12,000 and the entire evening resulted in a record total sum for the gala's auction, with more than £235,000 raised for the Whitechapel’s education and outreach projects.