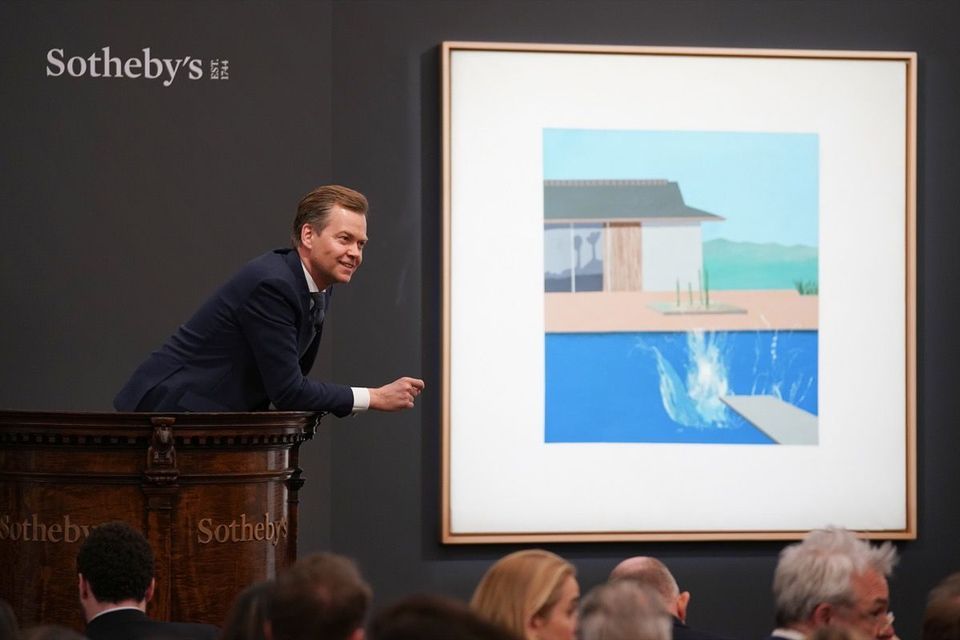 Nothing grabs our attention like a news story supposedly linking Syrian president Bashar al-Assad and celebrated artist David Hockney. The curious tale of the Middle Eastern dictator and the beloved Yorkshire-born painter appeared in the Russian newspaper Gosnovosti which reported that Al-Assad had bought Hockney’s painting The Splash (1966) at Sotheby’s London in February. “According to sources in the Arab media, the work was purchased by the President of Syria for one of the luxurious mansions owned by his wife [Asma],” said the Russian journal, citing a tweet from a Syrian commentator which has since been deleted.

But a source close to the sale says that alas, the Al-Assad story is "completely fake". The Splash sold on what appeared to be a single phone bid, possibly to its guarantor, for £21m (£23.2m with fees). According to Bloomberg, the canvas was consigned by the Hong Kong billionaire Joseph Lau who bought it at Sotheby’s in 2006 for £2.9m. Bloomberg also reported that David Geffen purchased the painting; Sotheby’s declined to comment but we have it on good authority that the work was indeed bought by the Californian media magnate (sorry Bashar, perhaps next time).