A small fire on Friday at the State Hermitage Museum in St Petersburg raised alarms about the fate of one of its greatest treasures: the beloved Hermitage cats

Update: Sadly, one of the hospitalised cats, Dusya, died on 9 September, their veterinarian, Anna Kondratyeva, told the Ria Novosti news agency. The others are in satisfactory condition, she added, and will either return to the museum or be taken in by St Petersburg residents who have offered to adopt them. 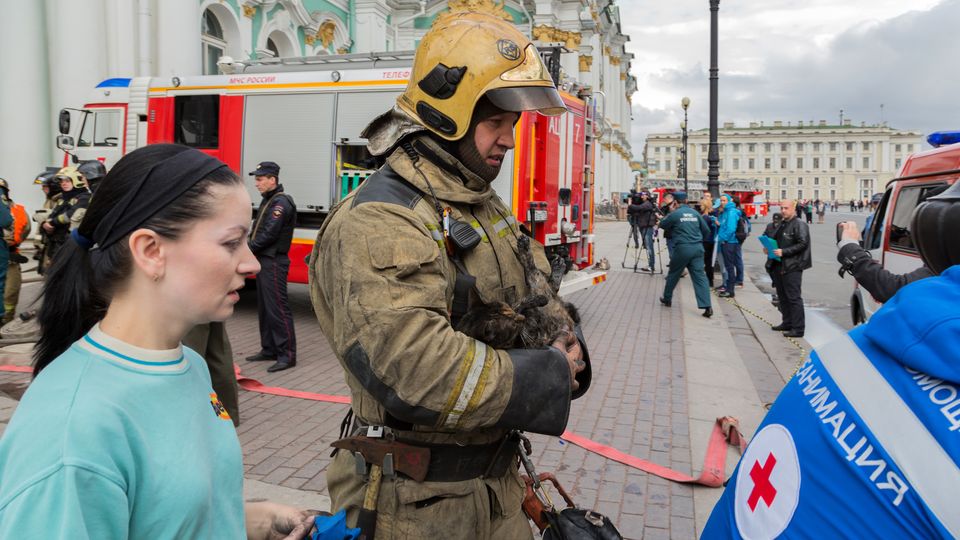 A small fire on Friday at the State Hermitage Museum in St Petersburg raised alarms about the fate of one of its greatest treasures: the beloved Hermitage cats that protect its Old Masters from mice and have become museum mascots. According to conflicting Russian media reports, some of the kitties might have caught in a basement fire in the Winter Palace. Later in the day, the museum clarified to great relief that the furry guardians of great art had suffered from smoke inhalation and “four cats have been hospitalised and are in stable condition.” Eighteen emergency crews responded to the incident and a strapping fireman was shown gently carrying a sooty kitty away from the scene. Cats were originally conscripted from Kazan to serve at the Winter Palace by Empress Elizaveta Petrovna, the daughter of Peter the Great. Dozens now live there under the care of museum staff and are feted with an annual Day of the Hermitage Cat. They are so revered that one of them, Achilles, was chosen as the official oracle of the 2017 FIFA Confederations Cup, held in Russia 17 June to 2 July as a prelude to the 2018 World Cup, for which the striking white cat will also make predictions. He was not harmed in the fire since he has moved to new quarters to train for his future duties. 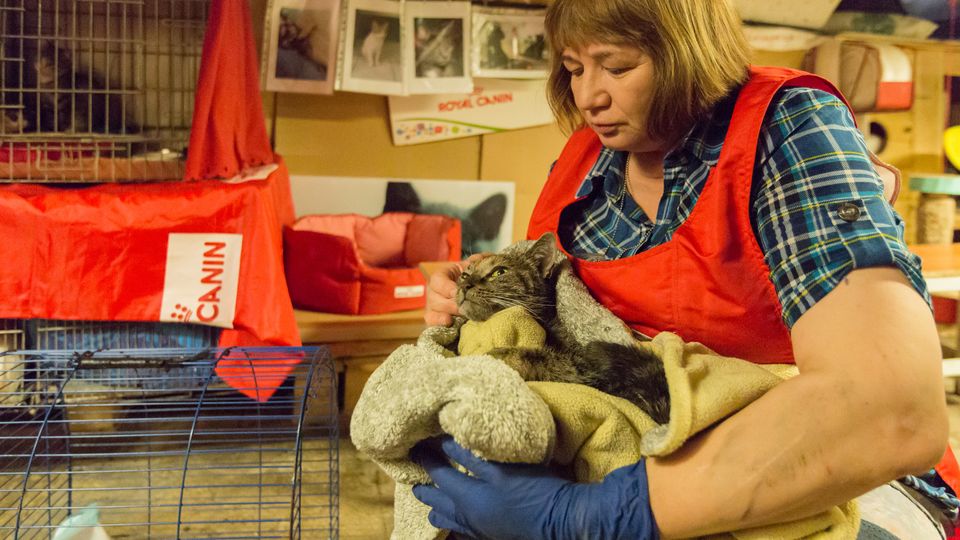