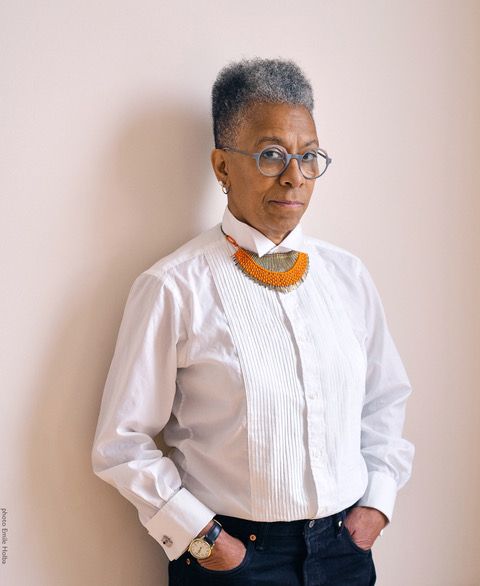 Yet at the same time, the Freelands Foundation also injected some positivity into the picture with the accompanying announcement of its annual £100,000 Freelands Award, which this year went to the MK Gallery, Milton Keynes, to host a survey of the artist Ingrid Pollard in 2022. MK Gallery and Pollard, who uses photography, film, collage, sculpture and installation to explore the human figure from different perspectives, are the fifth recipients of the award, which enables an arts organisation outside London to present an exhibition by a mid-career female artist who may not have received the acclaim or public recognition she deserves.

The very existence of the Freelands Award is itself a tacit acknowledgment of the still glaring gender discrepancies that exist across the British art world. And many of these are exposed in the findings of this latest report. It spells out the harsh fact that, although many more women than men continue to study art and design both in school (where 66% of GCSE and 74% of A level graduates are female) and also in university (where graduate and post-graduate courses are made up of more than 60% women), this gender ratio dramatically reverses when it comes to making a living as an artist.

McMillan found that only 35% of artists represented by commercial galleries in London are women, while the number of solo shows in non-commercial galleries outside London fell by 4% on the previous year—part of a steady four-year-long decline. And auction houses may trumpet the sale of individual lots by the likes of Louise Bourgeois or Helen Frankenthaler, but it is common knowledge that the prices they command are a fraction of their male counterparts: 80% of Sotheby’s ten highest grossing sales were of works by men. Of the 112 artists whose work was sold in Christie’s evening sales in 2019, only 14 were women. 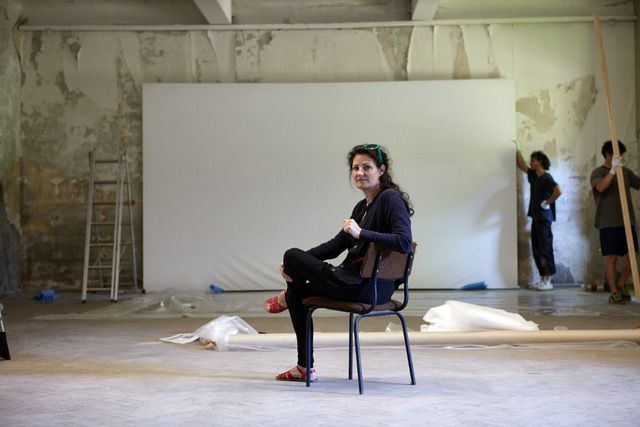 Other findings include the fact that while most of the students in the UK’s art and design schools are female, the majority of the highest paid staff are men and the percentage of women on more precarious zero-hours contracts increased to 60% in 2018-9. The report also scrutinises the scant representation of works by women artists in Britain’s national collections. Here, despite attempts by collecting institutions to turn the tide, statistics such as women making up only 1% of the artists in the National Gallery and 11% of the government art collection, all point to what McMillan describes as “the incredible burden of history confronting those trying to make changes in the sector.”

As well as crunching numbers, the Freelands Report also contains two commissioned essays that flesh out this data with important historical and social context and throw valuable light on the sorry status quo. The burden of history gets a good seeing-to by the writer, Frieze editor-at-large and host of the Bow Down Podcast Jennifer Higgie, who traces the systemic exclusion of women throughout art history, declaring that “gender exclusion isn’t theory, it’s fact”. While the critic and writer Hettie Judah conducted more than fifty multigenerational interviews to research her illuminating examination of the multifarious impact of motherhood on women artists today.

In her landmark essay Full, Messy and Beautiful,Judah traces the complex and interconnected ways—physical, social, cultural, psychological, practical and financial—in which motherhood affects women’s ability to make, show and sell work. From prejudice against pregnancy to the child-unfriendly "witching hours" of 6-8pm art openings and the guilt experienced by mothers juggling an unlucrative art practice around the demands of a family, Judah’s essay spells out the many challenges for the artist-mother. Challenges which in part account for the statistical discrepancy between women graduates and women who make their living as artists, as revealed in the Freelands Report.

Yet she also points to the positives, especially the way in which motherhood is being accepted and supported by new generations of curators, writers, academics and artists “who no longer feel obliged to prove themselves within the old patriarchal structures”. But these movements in the right direction come with the acknowledgement that there is still much work to be done. The prohibitive cost of childcare, the need for more dedicated spaces and residencies for parents and children were just some of the issues raised by Judah’s interviewees.

Then there is the impact of COVID-19 to consider. The Freelands report was completed before the pandemic, but in her introduction Kate McMillan confirms that “it is clear that existing inequalities will be further exacerbated during and in the aftermath of the pandemic, possibly for years to come”. All the more reason then for Freelands to continue publishing these annual statistics, which monitor how women’s work is shown, represented, collected and written about. And all the more reason why it needs to encourage and reward institutions for showing the work of older women. For as Jennifer Higgie states at the end of her essay: “It’s essential that a very bright light continues to be cast on the dark spaces of discrimination that continue to flourish in the arts.”