Frieze diary: When Beckham met The Art Newspaper, Hirst's gallery gets spooky and the gloves are off over Brexit

Plus, impro opera in the cafe and homage to Oscar Wilde 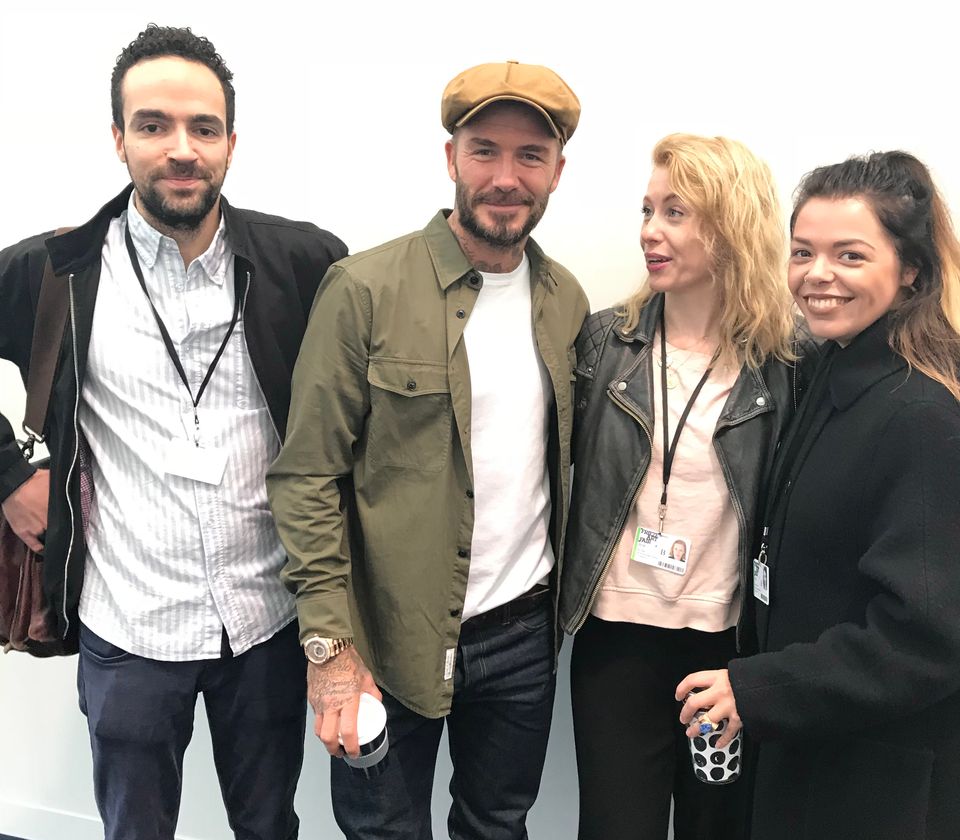 The Art Newspaper team bag their very own work of art

Before the masses arrived for the first public day of Frieze London on Friday, the retired footballer and all-round A-lister David Beckham got an early-morning sneak preview. By the time art dealers, technicians and The Art Newspaper’s team drifted in bleary-eyed before their morning coffees, Golden Balls— wearing a newsboy cap—had already visited the fair and was heading for the exit when he was tackled by one of our fine journalists. “Mr Beckham, Mr Beckham! I’m a Manchester United fan; I love your work,” called the advancing hack. The former midfielder has lost none of his deft touch and gamely posed for an impromptu photo shoot. Asked if he had bought any art on the stands, Becks replied: “No, I was just looking.” As were we. 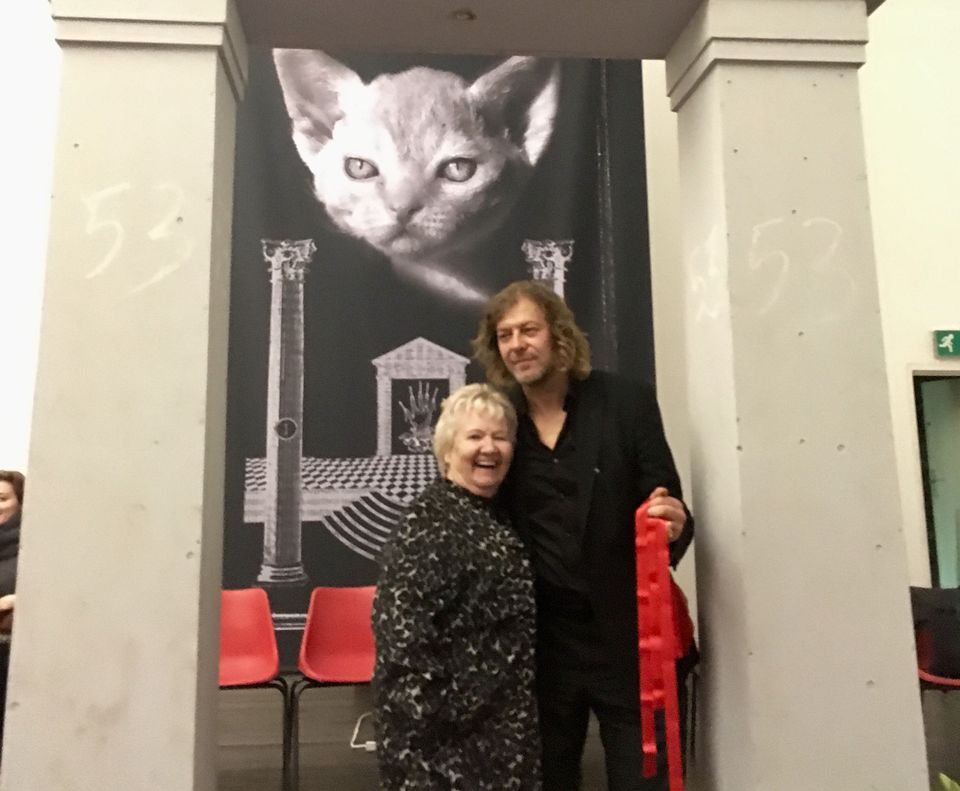 Frieze week is full of bizarre happenings, but the prize for the spookiest surely goes to the séance held on Thursday by the German artist Martin Eder, who is showing his peculiar paintings of internet pets and porn at Damien Hirst’s Newport Street Gallery. Among those who gathered in the 19th-century former Ragged School in Lambeth to join hands and channel the spirits, watched over by a sinister banner of a giant cat, Hirst’s mother, Mary Brennan, proved more sceptical than most. Despite dramatic exploding bottles and Eder’s uncanny ability to guess the numbers on the dice hidden in participants’ hands, Mother Hirst declared: “I’m not feeling much; it’s a bit like a magic show.”

Art that’s going for a song—literally 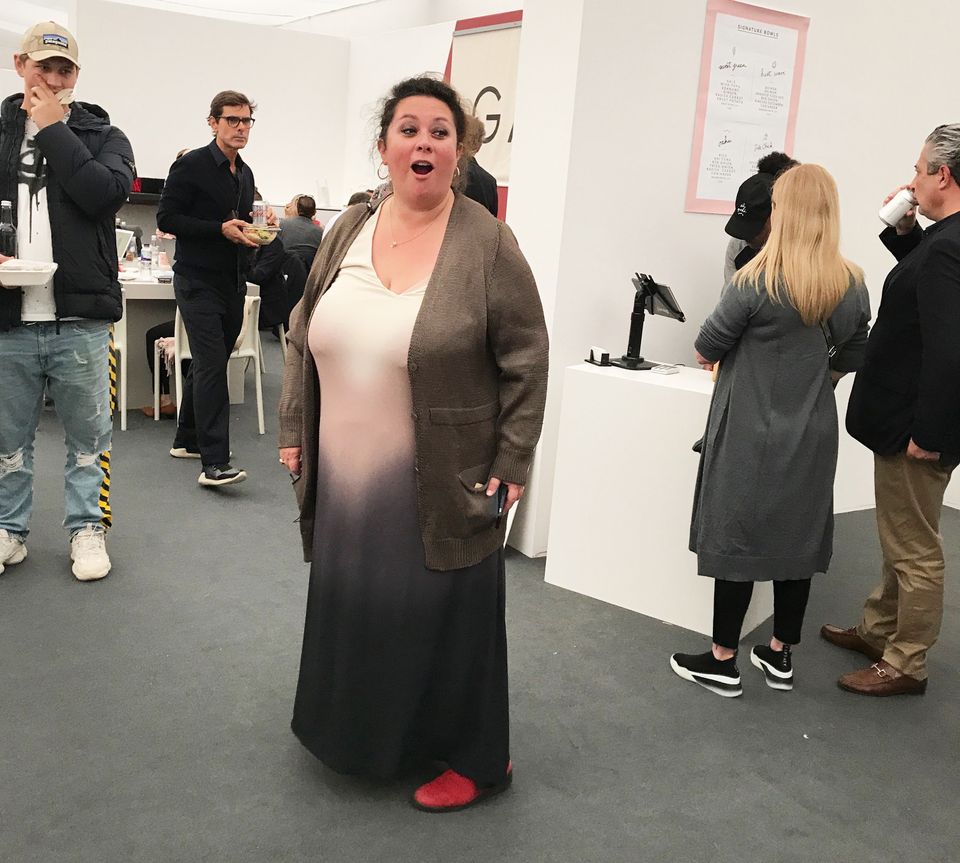 “Do you take card or cash?” probably didn’t appear in any of Mozart’s operas Gareth Harris

Visitors have been spluttering into their cappuccinos and choking on their cheese scones in Gail’s café at Frieze London. The reason? Improvised performances by the opera singer Marie Vasconi, who is belting out conversational snippets texted to her as part of a Frieze Live piece by the artist Laure Prouvost, dubbed It’s a Tragedy. The lyrics to Vasconi’s arty arias are more terrestrial than tragic. “My husband just bought an apartment,” she warbled. “Do you take card or cash?” resounded over the pastries and pickle sandwiches. But the best line we overheard was: “I don’t like sausage rolls.”

Get your gloves on, Boris 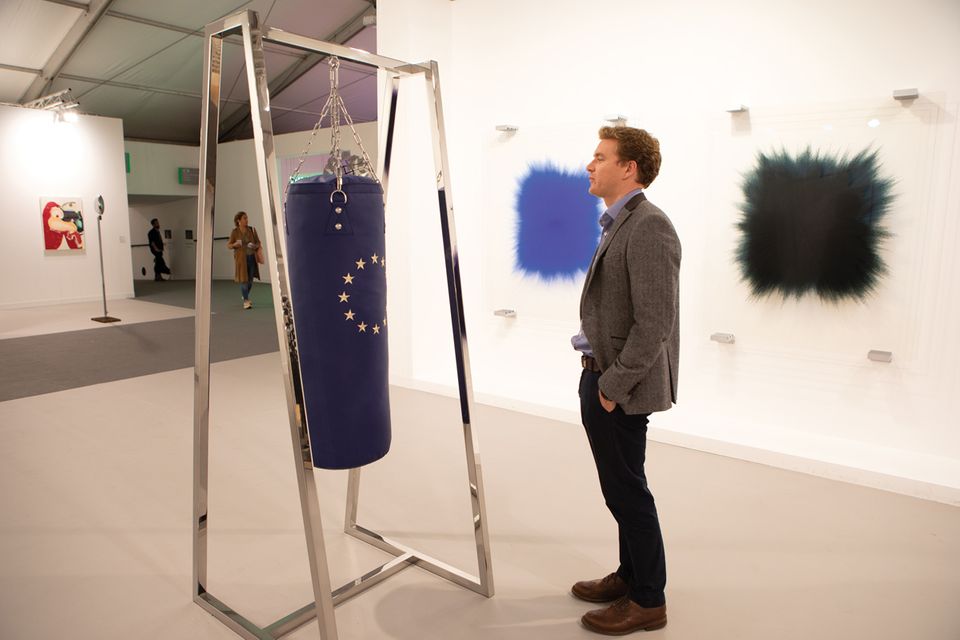 If you really want to take a swing at the European Union, head to Victoria Miro’s stand at Frieze London, which is showing a blue boxing punch bag decorated with the 12 gold stars of the EU flag. Ardent leavers are welcome to pummel this quirky creation by the artists Elmgreen & Dragset until they’re blue in the face. “In light of Brexit and the lying, populist Leave campaign, we propose another way of taking out one’s anger by providing a punch bag with the EU logo,” the maverick artists say. “Instead of blaming the EU for whatever misery arises, politicians like Boris Johnson could just get their frustrations out in private with this surrogate tool.” They have titled the work Anger Management (2018). But as Brexit approaches, will they create a rival piece for remainers to square up to?

A walk on the Wilde side 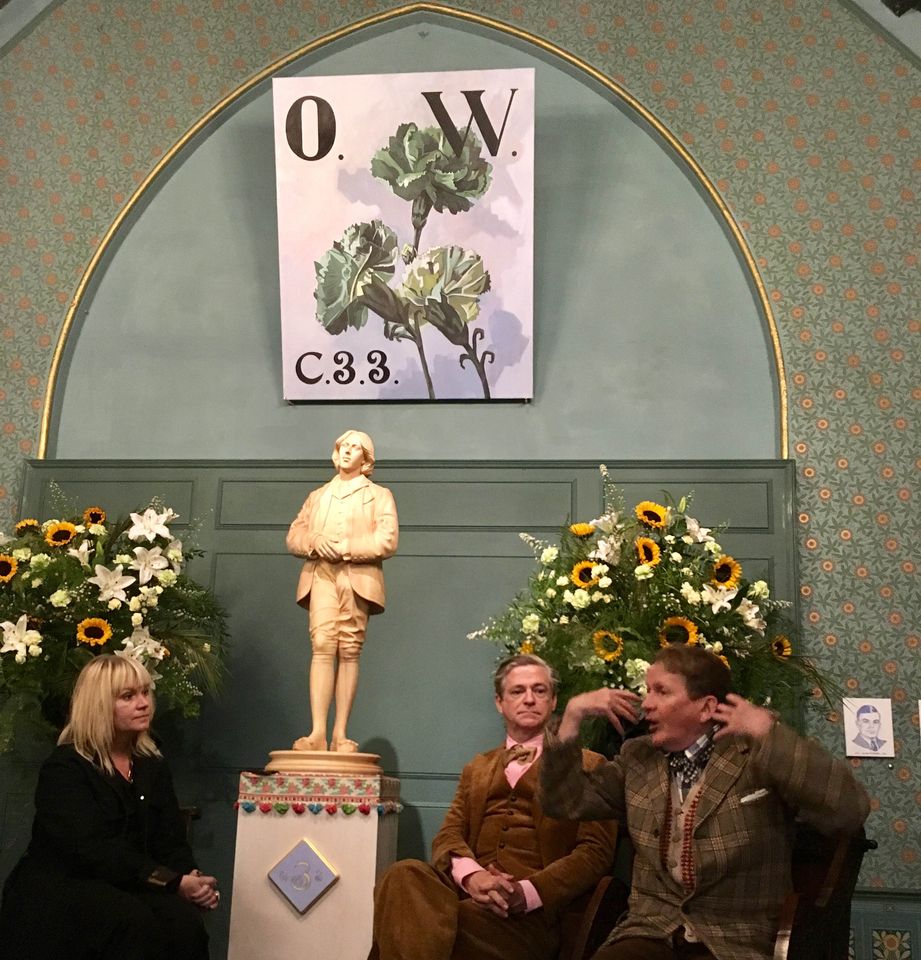 The US artist duo McDermott & McGough this week inaugurated the Oscar Wilde Temple—their immersive gesamtkunstwerk in tribute to one of the earliest forebears of gay liberation—at the non-profit gallery Studio Voltaire, in Clapham. Wilde would certainly have felt at home amid the Aesthetic Movement wallpaper, chandeliers and paintings by the pair, depicting the writer as well as latter-day LGBTQ+ martyrs and those lost to Aids. The secular temple is open until 31 March 2019 and is available for hire. All proceeds will build on Wilde’s legacy by supporting an LGBTQ+ homelessness charity for young people, the Albert Kennedy Trust. In the artists’ words: “It is our greatest work because it is not about us.”