Plus, an art gallery "rap battle"

You wanna go to Frieze? Frrrriezzze? Is that a kind of weather convention? Overheard in an Uber on the way to the fair

Tino Sehgal’s This is Competition, a “constructed situation” (aka performance) in the Frieze Projects section on the backlot of the Paramount Pictures Studios, pits representatives from two of the artist’s galleries against each other in a kind of rap battle. “[The participants] alternate words as they explain and enact his works, forcing the dealers to co-operate as they compete to sell the artist’s work,” a project statement explains. But not every dealer could take on the challenge. Matt Carey-Williams of Victoria Miro says that he would rely on just one word. “I’d only say ‘fuck’,” the cheeky London-based dealer quips. 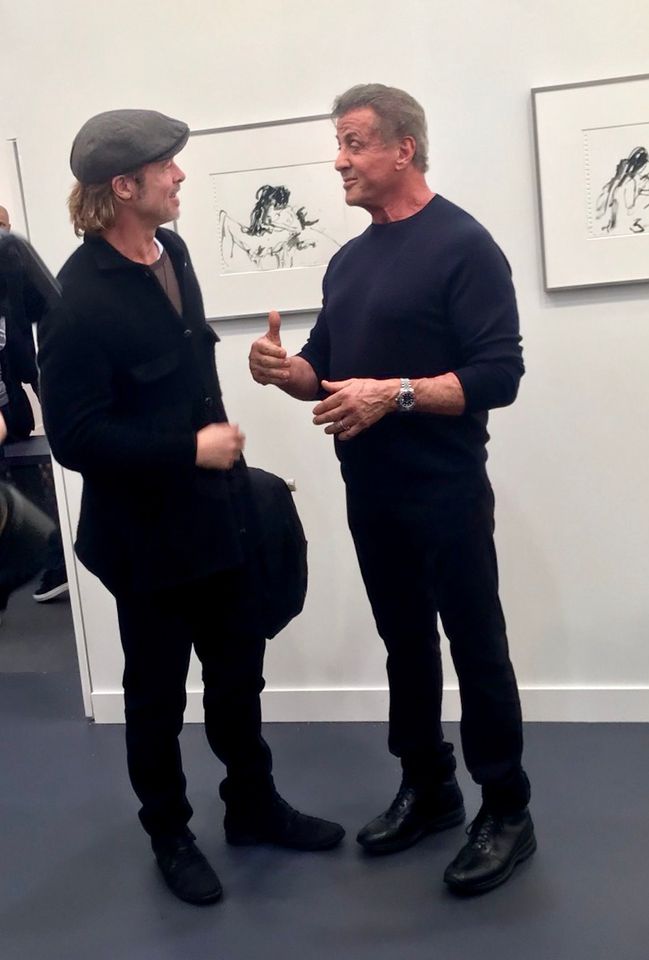 The stars come out in the name of art

Two truths and a lie: the gallerist Pilar Corrias is Jane Fonda’s niece, everyone still swoons over Brad Pitt, and Leonardo DiCaprio loves having his picture taken. “How about you stop filming me, buddy?” Leo was heard to hiss at the Frieze VIP opening as he zoomed around with his vaping entourage. Pitt was seen to come together genially with Sylvester Stallone in front of some Tracey Emin drawings at the White Cube stand—but not before sweetly snapping selfies with some fans. Later, James Corden bought one of those same works by Emin. Eric Garcetti, the mayor of Los Angeles, who keeps a pair of Catherine Opie photographs in his office, chatted up the owners of Kurimanzutto, while the fashion god Raf Simons darted around looking for inspiration at Tanya Bonakdar and Greene Naftali. We may have missed Jodie Foster and Idina Menzel, but we did see the artist Sarah Cain’s boyfriend (and podcaster of note) Marc Maron hanging out in front of her Frieze Project. Stars—they’re just like us… art people. 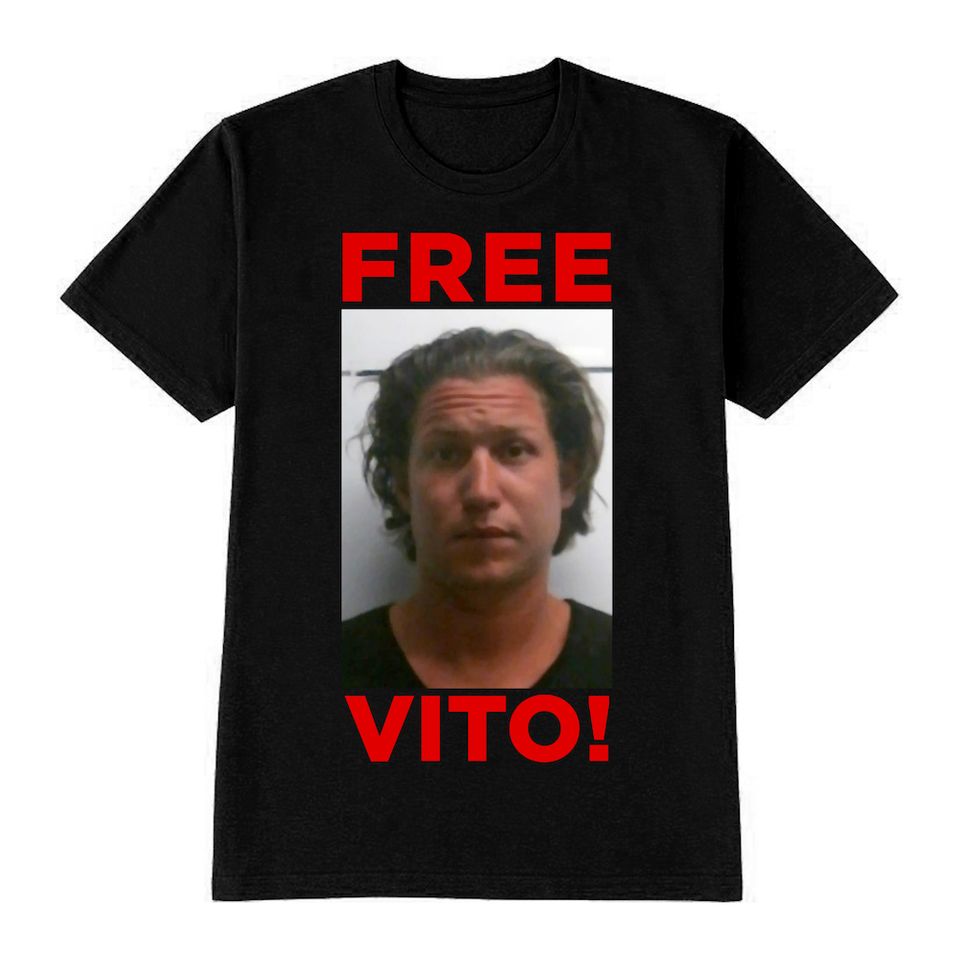 “Kenny!” a collector shouted, barging into the suite at the Hollywood Roosevelt Hotel where the Felix LA Art Fair—organised by the collector and media magnate Dean Valentine and the guys behind Morán Morán gallery—is taking place. He was talking at Kenny Schachter, the well-known art world affluential, who has curated a room of works, including a couple by his artist wife Ilona Rich Schachter (an elongated shih tzu that occasionally meows, and another shih tzu in the shower). “I meant to ask you, how much is the Condo?” the collector said pointing at a George Condo drawing. “I just sold it,” Schachter replied, not quite apologetically. “I have enough money to get home now.” Downstairs, Schachter the fashion designer has a roomful of extremely mean-spirited t-shirts, poking fun at some who deserve ribbing (Vito Schnabel) and some who don’t (Parker Ito). Kenny’s gotta Kenny… 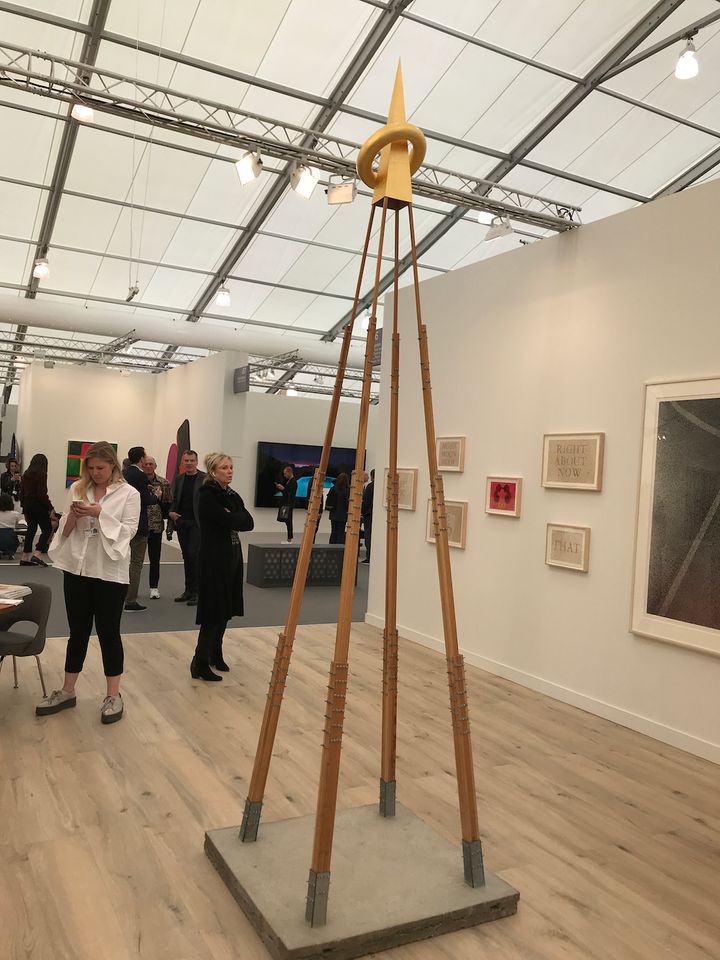 Excuse me, is this art? Can you tell me where I can find more of it? A visitor to the backlot during the VIP opening

Can architecture be sexy?

A sculpture by Chris Burden on the Gagosian stand at Frieze Los Angeles looks like another complex masterwork by the late mischief-maker. But this towering, seemingly abstract piece is making people blush. On learning that the gold-leaf topped sculpture is entitled Sex Tower (Architectural Model of 125 foot high Sex Tower), one fairgoer simply uttered: “Oh my. It kinda looks phallic, thinking about it.” The gallery is also showing a 2008 drawing by Burden depicting his outlandish plan for a sculpture to be installed in the private gallery space of the former Disney president Michael Ovitz. Burden’s proposal consisted of dropping into the space some “very old triple plated hot riveted girders”. 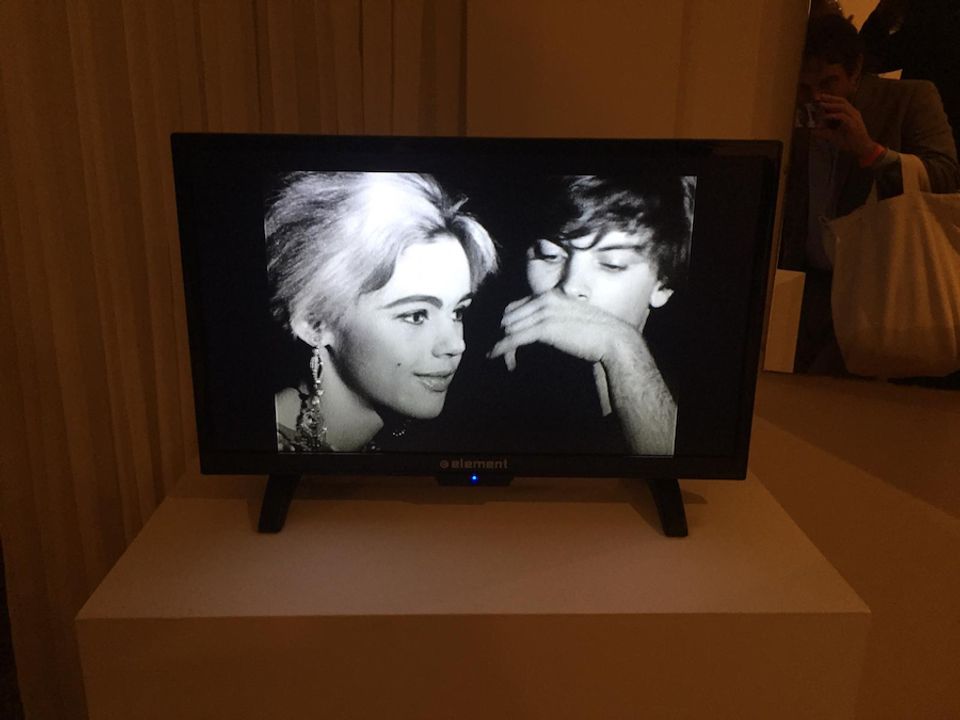 What better place to look at three never-before-seen Andy Warhol screen tests than at Elvis Presley’s old house? On Friday night, collectors headed to the star’s former home in Beverly Hills, now Casa Perfect, an outpost of New York-based design showroom The Future Perfect, aka “the house of the $100,000 sofa”. They teamed up with longtime Warhol collector Jim Hedges to present the screen tests—including of Lou Reed, Edie Sedgwick and Kipp Stagg, bought directly from the Andy Warhol Diaries editor Pat Hackett—as well as a series of unique gelatin prints, and a series of Polaroids, including snapshots of OJ Simpson and Dolly Parton. “We’re only 45 minutes into the opening, and I’ve heard half-a-dozen have sold,” said Hedges, with a smile and a shrug. Los Angeles’ art scene is having a moment

In a respite from the fairs, NeueHouse and Cultured magazine hosted a discussion panel with the fashion designer Rosetta Getty and the Los Angeles-based artists Analia Saban and Hayden Dunham, who have both collaborated with Getty. The moderator Alexandra Pechman questioned Saban about what Frieze Week means for Los Angeles. “It used to be [that] you made work here and showed it in New York,” Saban said. “But I had a recent opening at Sprüth Magers on a Tuesday night, and I thought, ‘who’s going to come on a Tuesday night?’, but all of a sudden there were 650 people. We saw it for Pacific Standard Time, and this is another moment where everyone’s here to celebrate in LA.”