Plus, Elmgreen & Dragset's sculpture park in a German hamlet 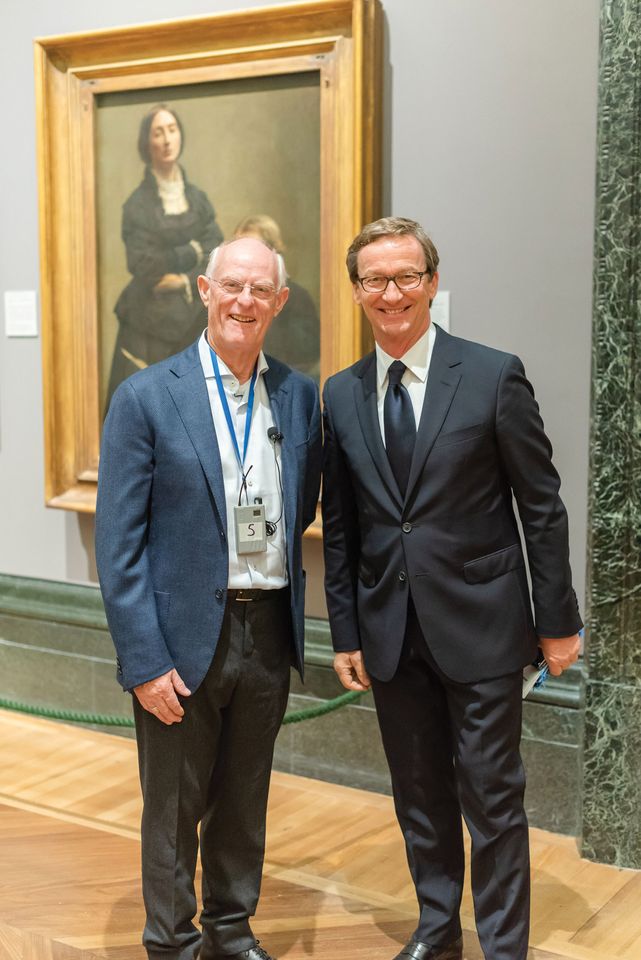 The answer lies in the art:Tony Cragg and Thaddaeus Ropac discussed international diplomacy and Seurat at the National Gallery Courtesy of Galerie Thaddaeus Ropac

The dealer Thaddaeus Ropac teamed up with the National Gallery on Thursday to host Unexpected View, one of the hottest Frieze VIP events, in which leading artists waxed lyrical about a chosen work in the gallery’s collection. This year’s guides included Rosalind Nashashibi with Renoir’s Misia Sert (1904), John Stezaker with Christ in the House of Martha and Mary (1618) by Velazquez and Tony Cragg, who applauded the “immense and stifling inertness” of George Seurat’s Bathers at Asnières (1884). Then, at a grand dinner among the Venetian paintings, Mr Ropac demonstrated his own art historical knowledge by suggesting that, just as Charles I employed Rubens’s diplomatic skills to deal with France and Spain, the current government could send a delegation of artists to Brussels to thrash out a Brexit solution.

Gnomes can jog on

Elmgreen & Dragset are well known for their provocative public sculptures, including the bronze boy and rocking horse on Trafalgar Square’s Fourth Plinth. But they also have their own sculpture park. Speaking at a Conversation on Collecting at Frieze London on Friday, Ingar Dragset revealed that their Park for Unwanted Sculptures is located on a disused football pitch in the German hamlet of Luneburg Heath. This picket-fenced repository even includes a piece by Vito Acconci. But the artists still believe in quality control. “We do not accept fascist dictators, colonial tyrants or garden gnomes,” they declare. 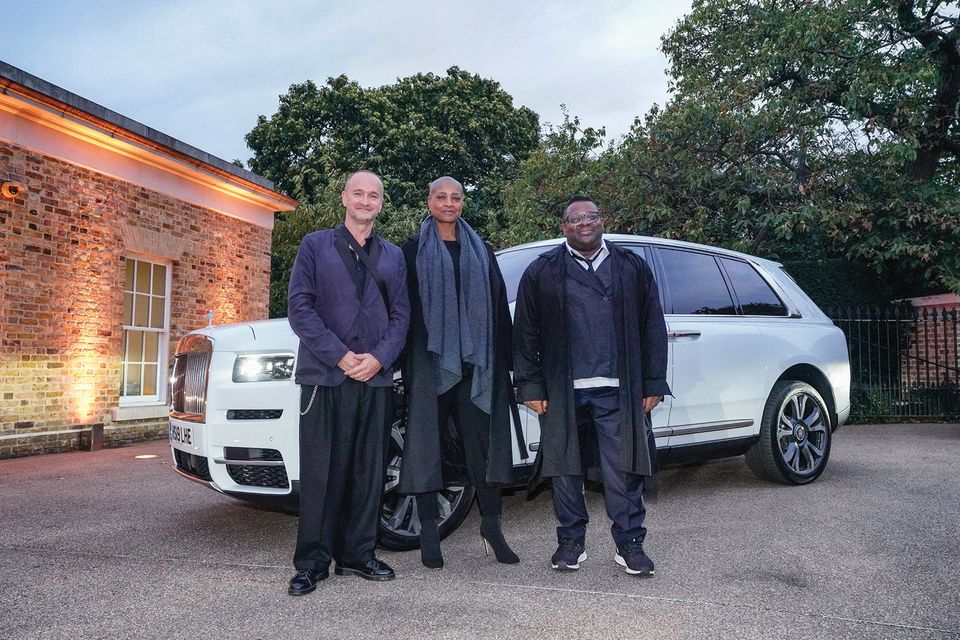 Isaac Julien knows how to Roll

The new Rolls-Royce art programme, known as Muse, launched earlier this week at Serpentine Galleries in London, where everything went as smoothly as a purring RR car engine. But as the artist Isaac Julien departed the top-notch bash in a Rolls-Royce Cullinan car, he appeared to get into a spot of bother with the boys in blue. A spokeswoman explains that “as Isaac’s car was departing from the Serpentine, his door wasn’t shut properly and the driver got out to close it before driving on. The police happened to be behind their car, and were just making sure they weren’t stopping there.” Phew. 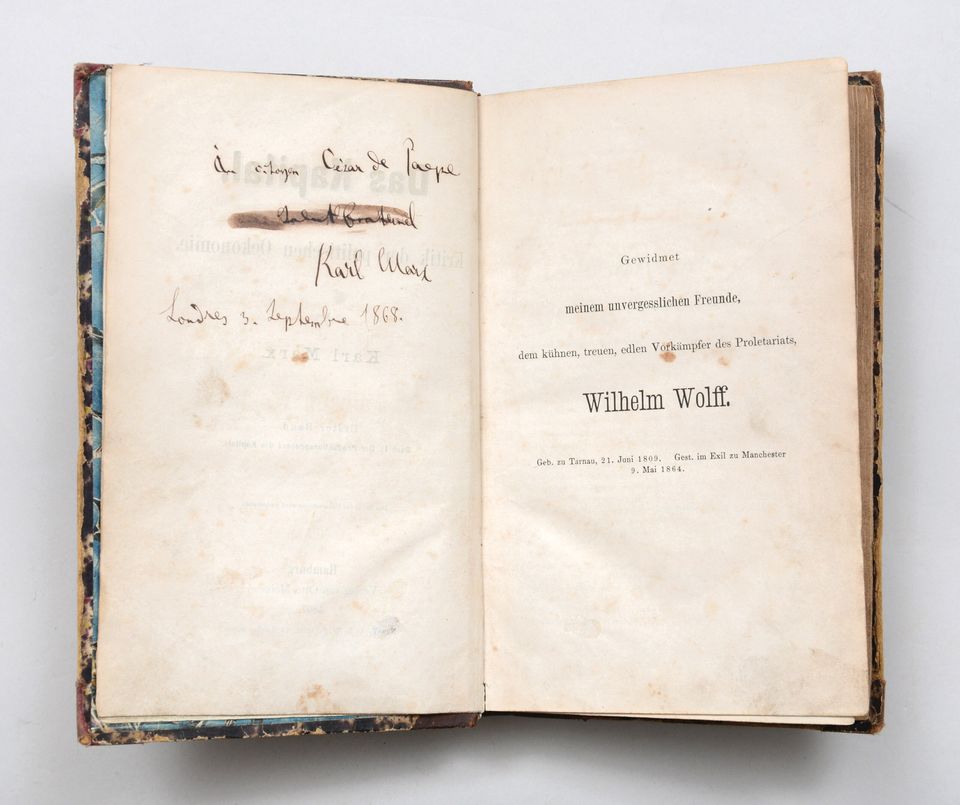 Karl Marx might have had something to say about his book’s £500,000 price tag Courtesy of Peter Harrington Rare Books

There has been much amusement among the Twitterati over the £500,000 price tag on an inscribed first edition of Karl Marx’s anti-capitalist tome Das Kapital, offered by Peter Harrington Rare Books at Frieze Masters. The law student Jack Head’s tweet on Thursday, pointing out the delicious irony of the display—it made him choke on his free Ruinart, poor lamb—received 320 retweets and more than 1,200 likes in 24 hours. So what can be done to remedy such an anomaly? One Dr Stephen suggests: “Should it be torn up into small pieces of the same size and distributed equally to all the workers?” Probably. 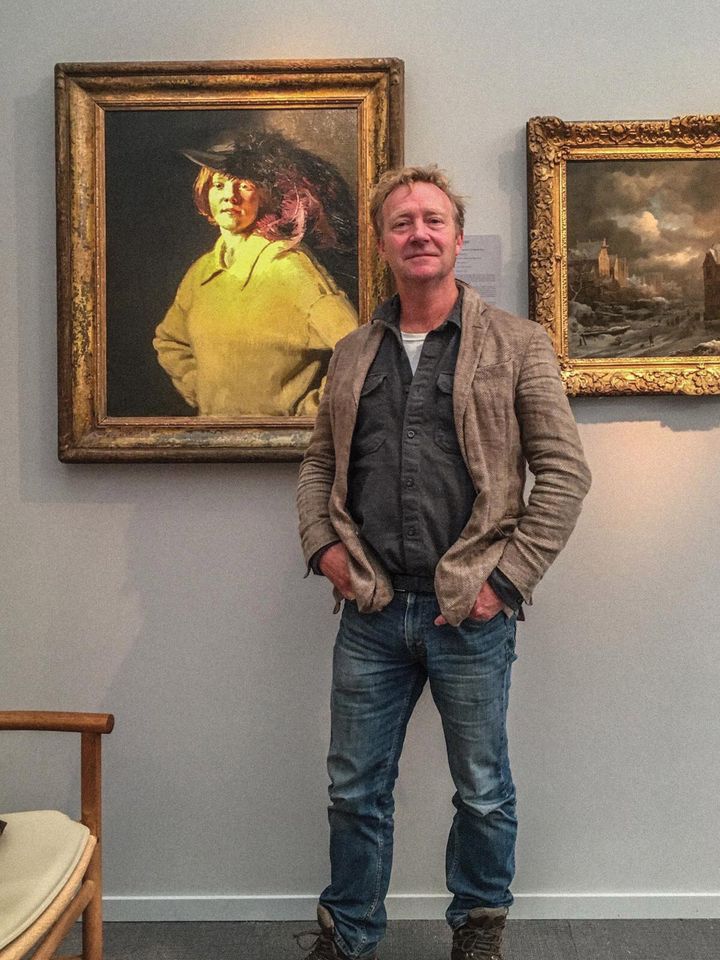 When the photographer and artist Harry Cory Wright walked onto Agnews’s stand at Frieze Masters, he did a double-take: there was a portrait of his grandmother, Felicity Tree (1894-1956). The Yellow Jersey (1913) by William Nicholson is an enigmatic portrait of Tree painted when she was 17 years old; the sitter had been unknown but, when fellow London dealer Daniel Katz bought the work a few years ago, he identified her as the daughter of the caricaturist and writer Max Beerbohm Tree. Felicity was, apparently, intelligent, witty, sporty, musical and irresistible to a string of male admirers. However, the portrait will not be going home with Cory Wright—it had already been sold to another buyer.