Last year there was a frantic—and seemingly successful—campaign by both local residents and art world luminaries to preserve Gerry’s Pompeii, the fantastical environment secretly created by the pensioner Gerry Dalton in and around his West London housing association flat.

For over three decades until his death last September, the eighty-three-year-old Irish immigrant postal porter and factory worker filled his modest living space in Westbourne Park with innumerable artworks and intricate replicas of royal palaces and cathedrals. Crowded outside were hundreds of concrete models of monarchs, generals and figures from popular history and a fifty-foot mural embedded with tiles, plaques and ornaments stretching alongside the Paddington Canal. “They’ll be astonished by what they find in my garden in years to come. It’ll be like Pompeii or something, Gerry’s Pompeii” Dalton told his neighbours, thus naming his magnum opus. 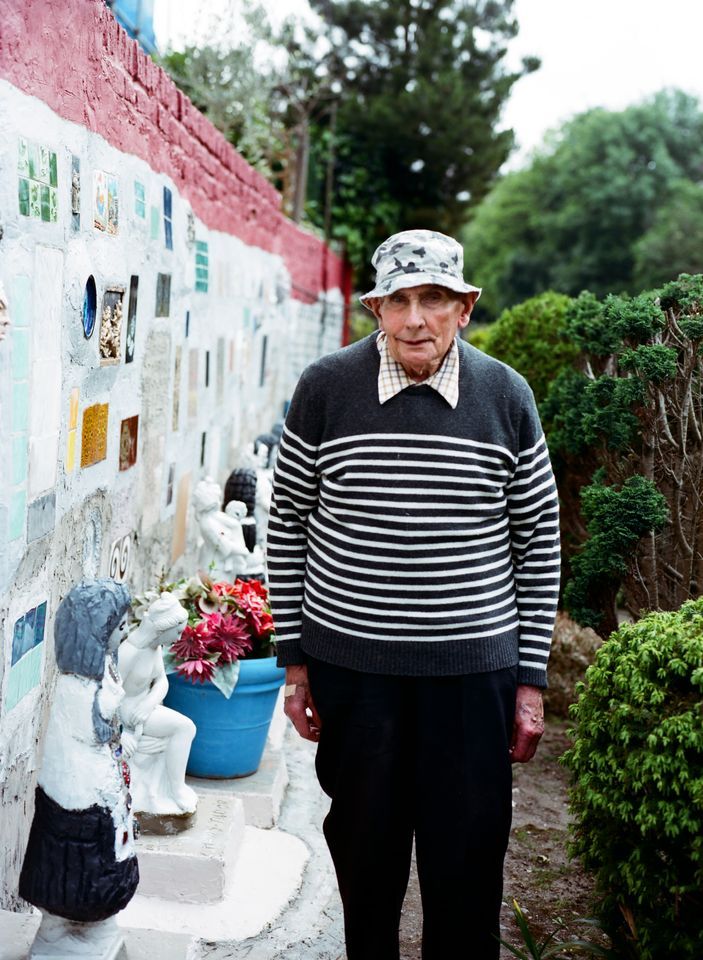 Gerry with his outdoor sculptures and mural Lily Bertrand Webb

But now this unique installation is once again in jeopardy, with concerned local residents reporting the removal of dozens of fragile works from the property both during and after lockdown. This despite more than £300,000 already being raised towards purchasing the flat from its owners the Notting Hill Genesis housing trust (NHG) and keeping what the Serpentine Galleries' artistic director Hans Ulrich Obrist describes as “an extraordinary gestamtkunstwerk, a total work of art” all together and in situ.

Apparently Dalton’s relatives, who live in Dublin and legally own all the work, visited the flat during lockdown and were responsible for the removal of many artefacts, including his large-scale model of Westminster Abbey. Over the past few days they have continued to clear the premises. Their reasons for doing so are unclear, especially as they had previously been involved in the campaign. Funds raised had also contributed to paying the rent and supporting the family in maintaining the tenancy while plans were made for the future of his work. All the existing funding pledges—which include a substantial grant from the Arts Council—depend on the entire work staying in the space for which it was conceived.

The family have declined to comment but in a statement given to The Art Newspaper, NHG— who had hitherto agreed to postpone the reallocation of the flat—says that “we have been, and remain, a supporter of the project to secure the works of the late Gerry Dalton. We have been committed to the project throughout, but on the foundation that the wishes and views of Mr. Dalton’s family are respected. That remains our position. We hope that his inspiring creations will continue to be open to the public”. However locals and art worlders alike all agree that to break up and relocate Gerry’s Pompeii is to destroy it. “The power of his art is enhanced by the intimacy of his home where palaces and cathedrals perch on wash hand basins and window sills as we are brought through his wonderland,” says artist Dorothy Cross , who was looking forward to opening up his work to an Irish audience. Cross adds, “the treasure must remain completely intact. It would be a crime to remove even one item.” Isaac, a close friend and neighbour, agrees. “This is not what my dear friend Gerry would have wanted, and its not what the community would want. Gerry’s wonderful legacy needs to be cherished.”

For the artist Richard Wentworth Gerry’s Pompeii is on par with Simon Rodia’s Towers in Watts, Los Angeles and Facteur Cheval’s Palais Ideal near Lyon, and he points out that both these iconic examples of art made by so-called Outsiders “ were cherished and brought to the fore by local people in conversation with authorities in their field.” Or, as Hans-Ulrich Obrist puts it, “This is a incredible ensemble and has to be preserved as it is – it’s urgent.” Let’s hope both Dalton’s family and NHG decide to mark the first anniversary of Gerry’s death by safeguarding rather than irrevocably wrecking his vision.