Augmented reality: the artists and museums pushing the limits of technology through Instagram 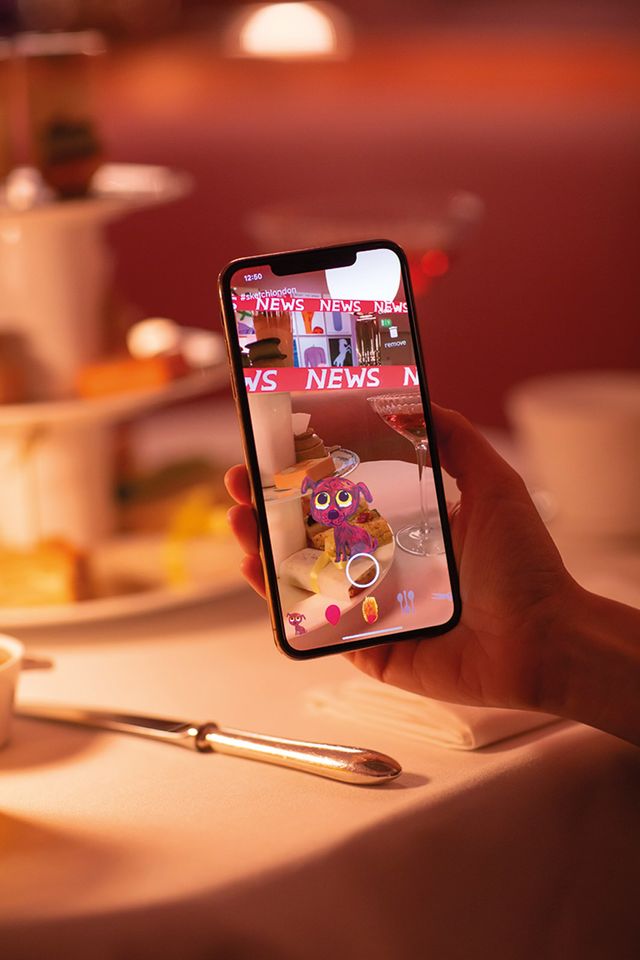 The phrase “augmented reality” (AR) may sound like some kind of futuristic, yet-to-be-realised parallel universe but the chances are you have already used it without even knowing. So what is it? AR makes actual environments interactive by overlaying objects and sounds that appear to react with the real world. This is the technology behind the worldwide sensation that was Pokemon Go, launched in 2016, and it is also what powers the camera filters on apps such as Snapchat, Facebook and—our favourite—Instagram.

AR has been one of the biggest trends in technology for the past few years and it is becoming more and more flexible and, therefore, sparking creativity. Not all AR experiences are made to be used through Instagram but they are certainly intended to be shared there. Huge tech companies including Apple, Google and Adobe are all working to develop AR, but Spark AR Studio, a Facebook-owned platform, is particularly popular for Instagram, allowing anyone to create their own AR filters.

All this development has led to a proliferation of artists experimenting with AR, and even specialist AR artists. The Berlin-based digital artist Johanna Jaskowska (@johwska), for example, became an overnight sensation for her Instagram filter that turns users into cyborg-type creatures with iridescent skin. The artist and film-maker Hito Steyerl launched her own Actual Reality OS app (described as a “socially conscious Pokemon Go”) at her Serpentine Galleries show in London last year. A guerrilla artist-made app called MoMAR uses AR technology to alter the works you see on show at the Museum of Modern Art in New York (the developers say they aim to “democratise physical exhibition spaces, museums, and the curation of art within them”).

Institutions themselves are also getting in on the action. New York’s New Museum has partnered with Apple to create an international AR art tour where six giant virtual works of art, by artists including Cao Fei and Carsten Höller, pop up when using the [AR]T app. Tate Britain in London worked with Spark AR last summer to create an Instagram filter that, when held up to one of eight works, played a video telling a story behind the piece. Even one of London’s favourite arty restaurants launched its own AR app last month. Sketch London, with its walls crammed full of drawings by British artist David Shrigley, partnered with HATO design studio to make a filter “following conversations with Gen Z diners”. So forget reality and the virtual—the future is augmented.

about 8 hours ago
Was QAnon—America's most dangerous conspiracy theory—inspired by Italian artists?