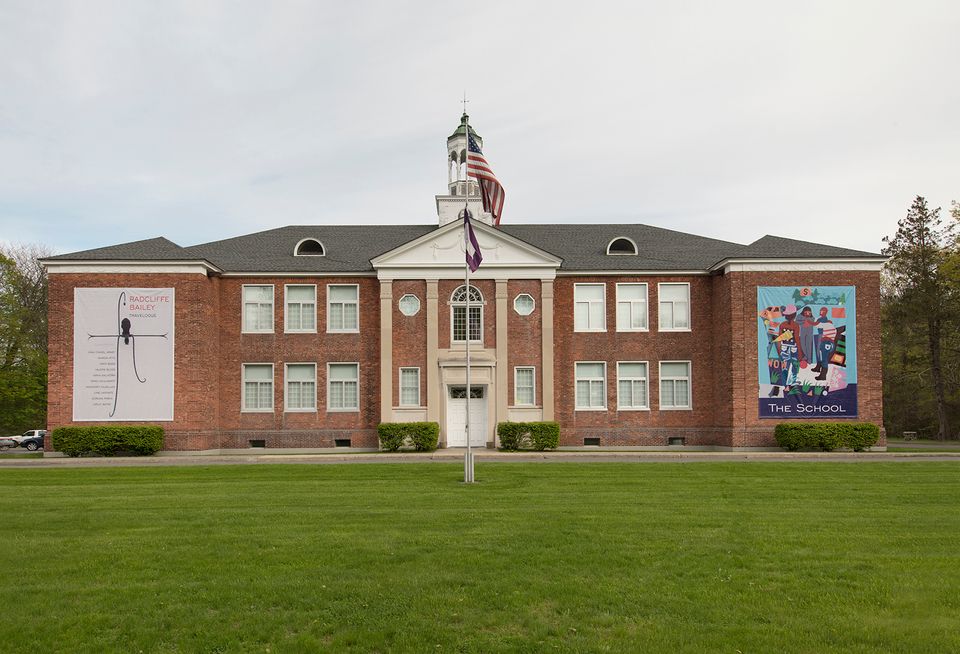 Kinderhook is a village on the east side of the Hudson River in upstate New York, about two hours’ drive north of Manhattan. It was the birthplace and final rest of Martin van Buren, the eighth American president. His house is now a museum, but on 20 May, when people from all over the Hudson Valley streamed into the town, history was not the main draw. It was the annual season opener of The School, formerly the Martin van Buren Public School, now a 30,000 sq ft satellite of Chelsea’s Jack Shainman Gallery.

From the start, opening day has been comparable to a county fair, except with contemporary art on show instead of animals—not counting the two Afghan hounds and the whippet accompanying the sartorially resplendent Kehinde Wiley, one of the 1,000 guests helping themselves to food and drink under an enormous tent on the back lawn and enjoying a concert by a rockin’ Toshi Reagon and her all-female band, with the producer/DJ (and art collector) Swizz Beatz filling out the bill.

Inside the building, in what used to be classrooms and offices, were solo presentations by a multi-generational group of artists, such as Margaret Kilgallen, Nina Chanel Abney and Brad Kalhammer, as well as a show of classic photographs by the great Gordon Parks. 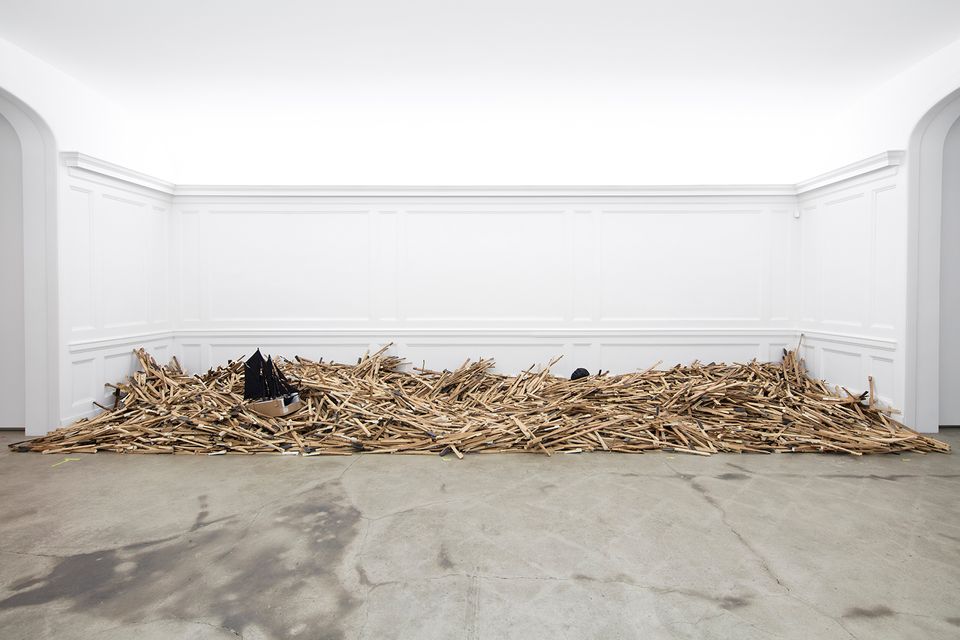 But the main event began just inside the schoolhouse door, where the plaster head of a black man was drowning in a sea of broken piano keys scattered across the entryway. I was puzzling out the dates in the installation’s title—Windward Coast—West Coast Slave Trade, 2009-2018—when a friend whispered: “Who is that extraordinarily good-looking man?”

He was the very dapper Radcliffe Bailey, peeking at the crowed from under the brim of a preacher’s hat, the artist responsible for that haunting installation, which merely hinted at the diverse body of works on display on two levels of the main exhibition space (previously a gym and cafeteria) under the title Travelogue.

The show’s subject is migration of all sorts, and a tour through resonant objects and images in Bailey’s personal and political life. Along with the collaged paintings, more found-object sculptures, and delicate gouaches with collaged images, is a very large, unstretched canvas crossed with narrow railroad tracks and bearing a squiggle of blue neon that, coupled with Bailey’s arte povera-ish aesthetic, made me think of Mario Merz.

As it turned out, the references are as historical as they were personal. The neon stands in for the North Star, the guiding light for many Southern African-Americans migrating northward in the last century, or brought from Africa before that, and for the refugees crossing many borders today.

It is all very pointed and poignant. “It’s just what I’ve been thinking about lately,” Bailey says.