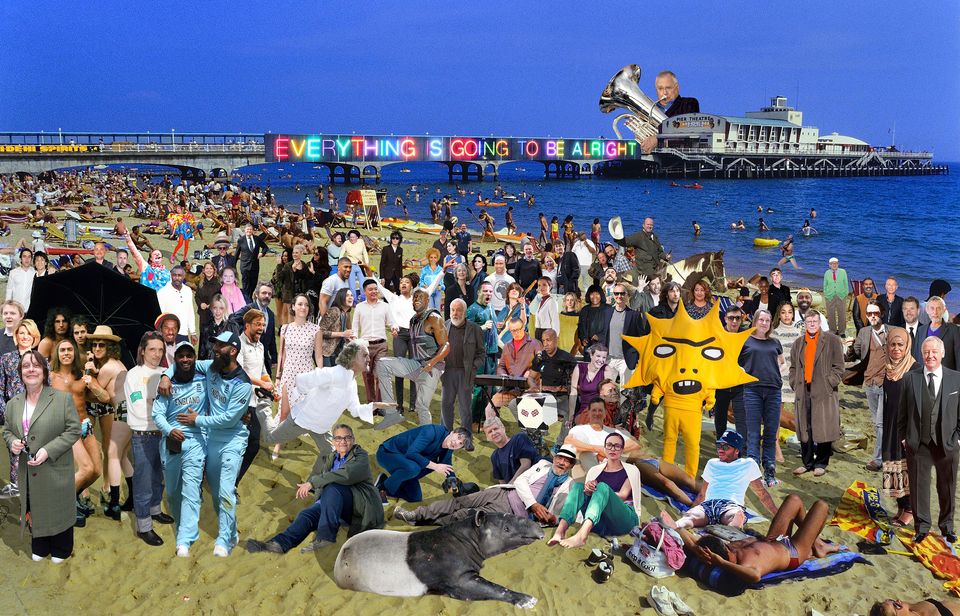 Harold, the Ghost of Lost Futures by Cold War Steve Courtesy of the artist and National Galleries of Scotland

As we have noted previously, no one has caught the mood of Britain today as acutely as Cold War Steve (@Coldwar Steve), the biting satirist otherwise known as Christopher Spencer, a public-sector worker in Birmingham, who unites Trump and Kim Jong-un with ZZ-list British celebrities, sporting personalities past and present and, of course, the ubiquitous anti-hero, the soap-opera star Steve McFadden (aka embattled Phil Mitchell in EastEnders). Cold War Steve likes taking a swipe at the figures shaping Brexit Britain but in a first, the canny commentator has created a collage for an exhibition in Edinburgh presenting a more upbeat slice of life. Harold, the Ghost of Lost Futures, made for Cut and Paste: 400 Years of Collage at the Scottish National Gallery of Modern Art in Edinburgh (until 27 October), features an array of artists such as Jeremy Deller, Lubaina Himid, Antony Gormley, Sarah Lucas and David Hockney (singer Stormzy and awesome actress Kathy Burke also make an appearance). Note also Martin Creed's glorious neon declaring that "everything's going to be alright" (hope so). CWS tweeted: “In a first for me, this one only features positive, inspirational people. A celebration of Britain’s diversity and cultural magnificence #FuckBoris #FuckBrexit #FuckFascism.” Please also check out our podcast interview with the man himself.