Jeremy Deller is lost in music at the Barbican 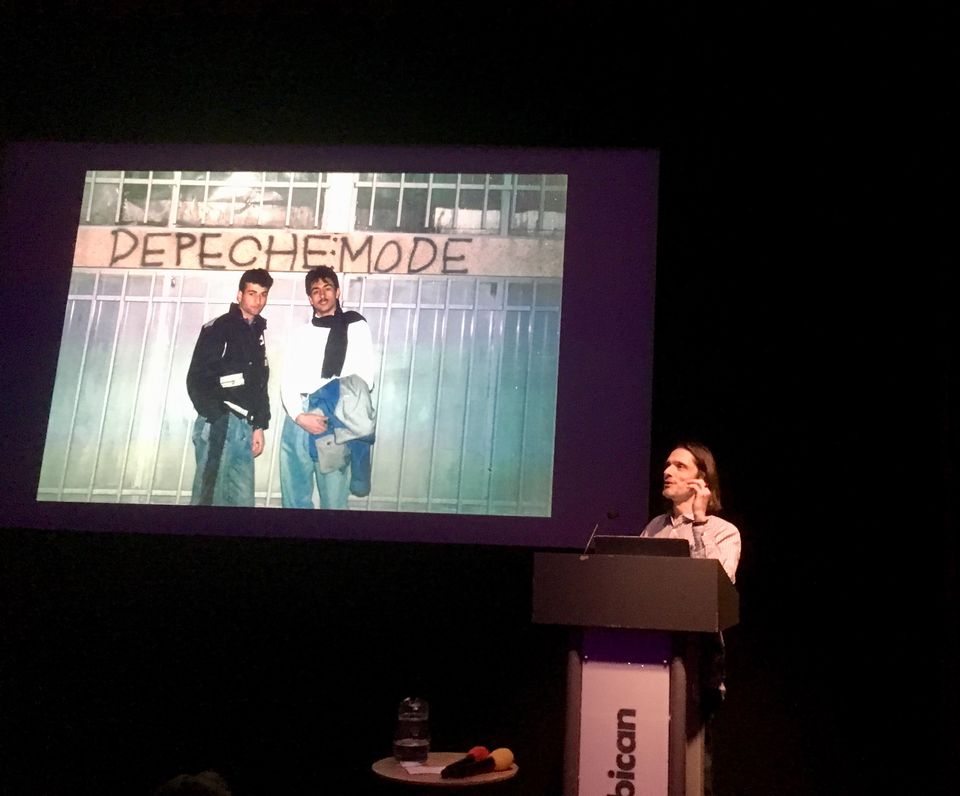 It was fitting that Jeremy Deller’s talk on the role music has played in his work at the Barbican last night (10 January) by chance coincided with the second anniversary of the death of David Bowie. The Thin White Duke has certainly been an enduring presence in the Deller oeuvre and one of the works under discussion last night was the room in Deller’s British Pavilion at the Venice Biennale, which powerfully juxtaposed images of Bowie’s 1972-73 Ziggy Stardust Tour with the devastating IRA bombing campaign which took place at exactly the same time.

But this was just one among numerous wide-ranging music-related projects in a revealing journey through the musical aspects of Deller’s career. We were also treated to film clips of fanatical Russian Depeche Mode fans; the story of how the artist managed to persuade Iggy Pop to pose as a life model; and an account of the young Deller’s Damascene moment on watching Ken Russell’s rock opera Tommy at the age of twelve. The title of the talk “Last night a brass band saved my life” paid homage to Acid Brass (1997), Deller’s best known musical collaboration in which he famously commissioned the Williams Fairley brass band to perform acid house music to rave fans and also, memorably, at the opening of Tate Modern in 2000. A highlight of the evening was a clip of the band playing KLF’s What Time is Love? to an ecstatic crowd at the 2005 Lovebox festival—an episode Deller admitted was among his top experiences as an artist.

Last night’s event was the first in a series of what promises to be equally special weekly talks specially commissioned from Jeremy Deller by the Paul Mellon Centre that will run through this month. In the remaining three, Deller continues to explore the rich relationship between rock, pop and art in discussion with writer Jon Savage (18 January), designer Es Devlin (24 January), and the musician Neil Tennant and designers Mark Farrow and Scott King (31 January).