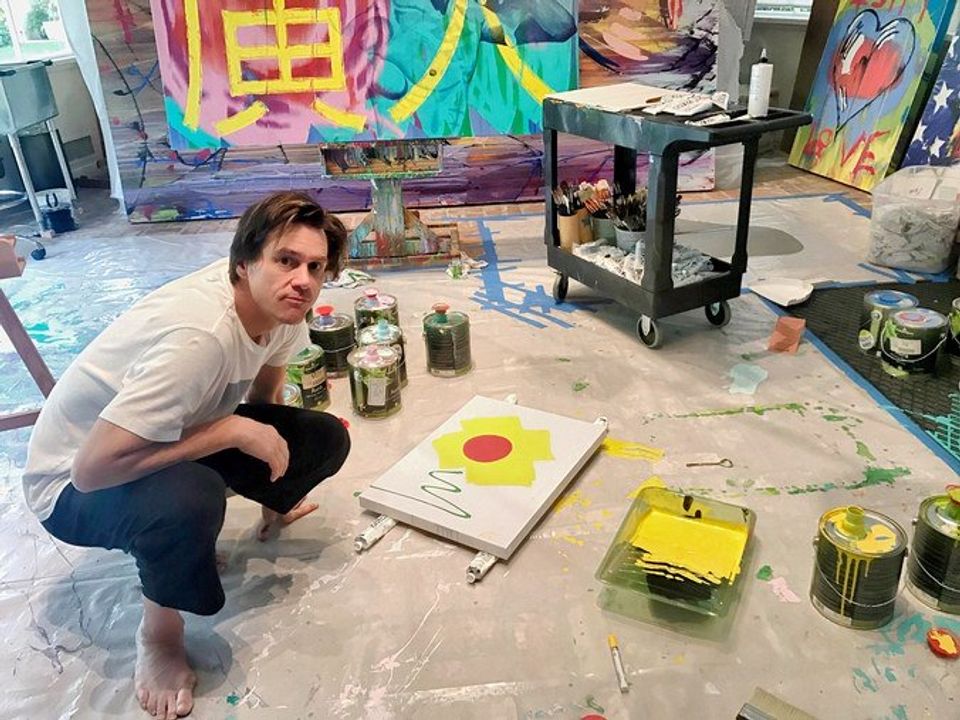 Jim Carrey in his studio

The comedic actor turned painter Jim Carrey provoked an online war-of-words this weekend after posting a caricature of the White House Press Secretary, Sarah Huckabee Sanders on Twitter. With a face flushed in anger, Sanders is depicted with an acidulous mouth and violently knitted eyebrows, as if in the throes of a verbal battle with the press corps. Carrey captioned it: “This is the portrait of a so-called Christian whose only purpose in life is to lie for the wicked. Monstrous!”

This is the portrait of a so-called Christian whose only purpose in life is to lie for the wicked. Monstrous! pic.twitter.com/MeYLTy1pqb

Some pundits characterised Carrey’s portrait as a sexist comment on the secretary's appearance and an attack on her religion. The conservative talk show Fox & Friends—a favourite of President Donald Trump’s—covered the story Monday morning (19 March) and retweeted the image with the question: “Too far?” Mike Huckabee, the former governor of Arkansas and the secretary's father, was among those who raged against the actor on Twitter: “Pathetic BULLY, sexist, hater, bigot & ‘Christaphobe’... what would be hypocritical Hollywood reaction if he called someone a ‘so-called Muslim’ or ‘so-called Jew?’”

Others on social media regarded the portrait as an appropriate likeness of somebody who routinely lies from the podium. The comedian Kathy Griffin, who faced considerable backlash after appearing in a video with a beheaded Trump last year, tweeted: “It's his style of portraying people he believes aren't acting in good faith. That he is being attacked for this is ridiculous.” Carrey, who started painting obsessively some seven years ago, has also posted caricatures of Trump, Paul Ryan and Marco Rubio.

If you liked my last cartoon you may also enjoy...

"THE WICKED WITCH OF THE WEST WING AND PUTIN’S FLYING MONKEYS“ pic.twitter.com/slBG7j1s8d