Bodily references and plenty of Bourgeois: Ursula Hauser's collection goes on show at all female exhibition in Somerset 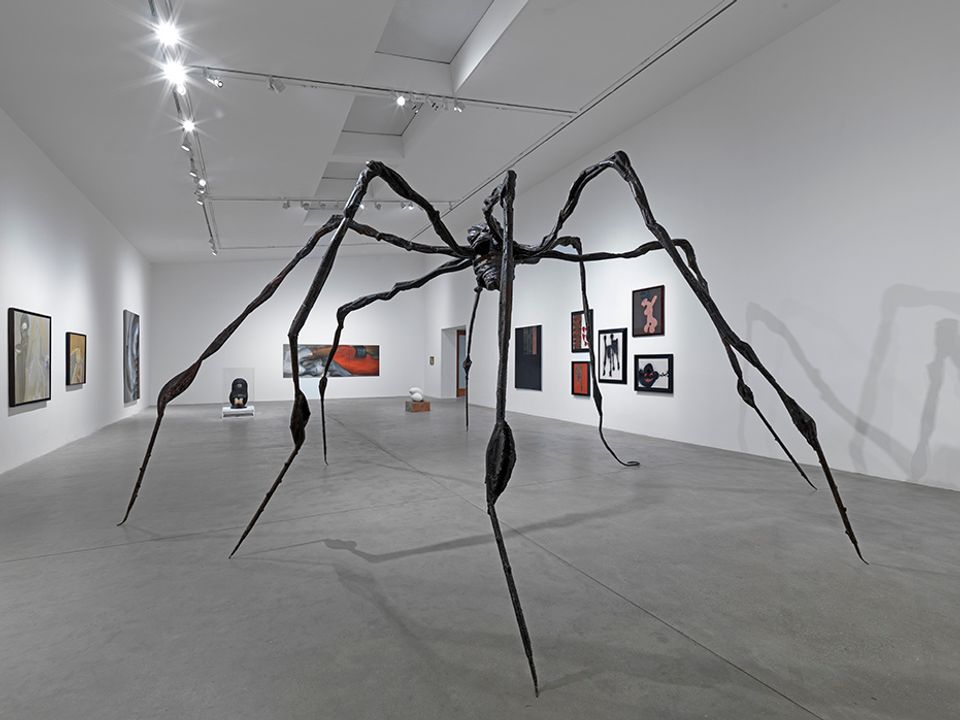 Ursula Hauser has always kept a low profile. Even though she was instrumental in setting up Hauser & Wirth's galleries with her daughter Manuela and her 22-year-old future son-in-law Iwan Wirth in 1992, the role of this modest family matriarch has always been a behind the scenes one. It is therefore not widely known that she has been collecting modern and contemporary art for the past 40 years and now owns more than 1000 works with a special emphasis on female artists. Hauser bought her first piece, a pair of clay figures by the Swiss sculptor Mädy Zünd which still resides in her Swiss home, when she was just an 18-year-old retail trainee in a department store. “I paid two months wages for it—I had to save up,” she remembers.

Now to mark the impossibly youthful Ursula’s 80th birthday, some of these extensive holdings are receiving their first UK airing and their owner is having a rare moment in the spotlight. Unconscious Landscape (until 8 September), is an exhibition of 11 female artists spread across all five spaces of Hauser & Wirth in Somerset. It has been curated by Manuela Wirth and Laura Bechter, the curator of the Ursula Hauser collection, in close association with Ursula Hauser herself. The title comes from a Louise Bourgeois sculpture but was also chosen to underline the intuitive way in which Hauser has amassed her collection. “I bought the works just for me,” she declares. “I was never conscious of what I was accumulating and buying.” 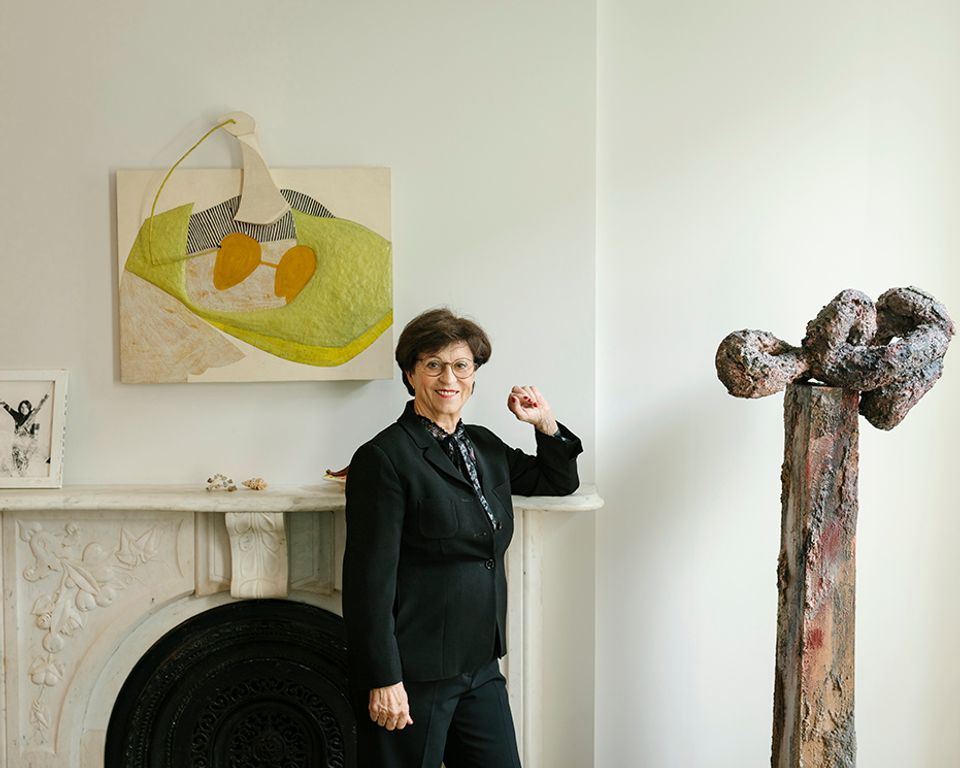 Throughout, myriad conversations unfold and connections are made, often sparked by Louise Bourgeois, who is the exhibition’s presiding force and whose work Hauser has been collecting in depth since first encountering it at the Venice Biennale in 1993. “For people of my generation it was impossible to let on that you were vulnerable. You would never reveal the reflections of your inner mirror” she says. “And that is exactly what Louise’s work shows.”

In the Threshing Barn gallery, Bourgeois's soft sculpture heads and a crumpled knitted figure are incarcerated within their wire mesh cells and gazed upon by Maria Lassnig’s distorted, troubled self portraits. One of the most haunting encounters is in the Rhoades Gallery where a giant Bourgeois steel spider crouches before a wall of provocative paintings by the Italian artist Carol Rama, including one in which a woman with worryingly phallic dismembered limbs unfurls a long red tongue. Elsewhere, Bourgeois pleats and sews humble scraps of striped cotton into exploding stars and optically dazzling web-like wheels in close proximity to where Sonia Gomez drapes, bundles and stitches textiles into animated sculptures. Fabric, wool and thread function in the manner of paint through the hands of Sheila Hicks, whether bound around clusters of wall mounted bamboo canes or crisscrossed to form intricate boulders of shimmering colour. 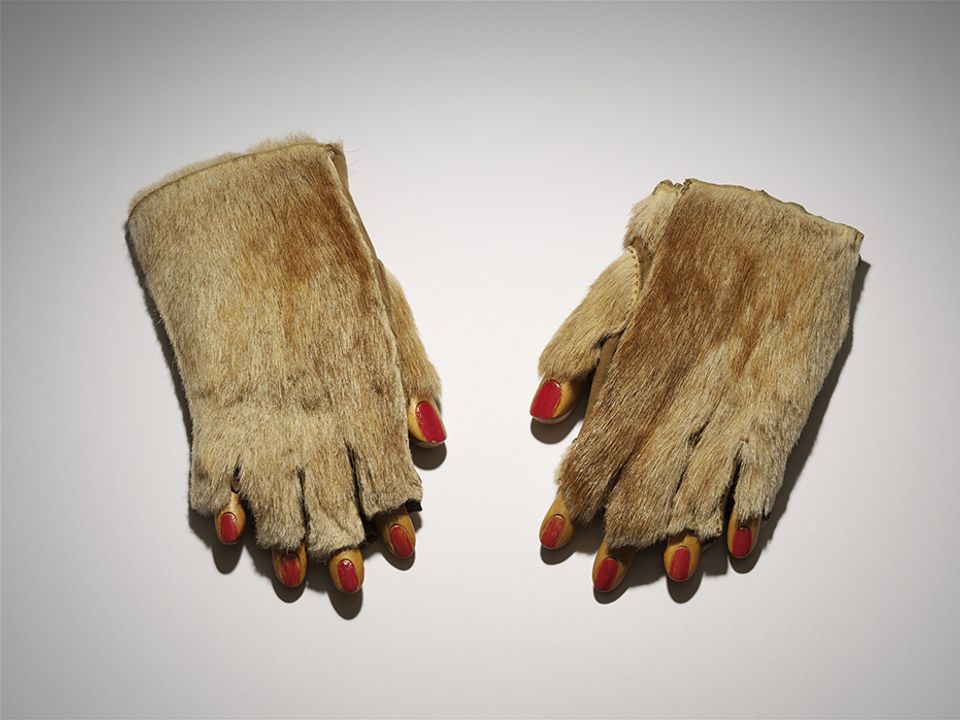 Among the many other highlights are Méret Oppenheim’s pair of wooden hands wearing furry gloves with protruding red-painted fingernails which keep uncanny company with Alina Szapocznikow’s later sculptures of her own life cast body parts: lips on stalks and solitary breasts shrouded in lace or emerging from labia-like petals of cast-coloured plastic. There’s also a rare sighting of some wonderful early Eva Hesse head paintings as well as some of her exuberant but highly fragile assembled reliefs, with more energy exploding from Lee Lozano’s richly painted drills and mechanical tool-like substitutes for body parts which spin and penetrate each other with manic force.

But the last word goes to Louise Bourgeois. The show ends with the pair of exaggeratedly elongated dangling rubber legs which so struck Ursula Hauser at the Venice Biennale more than 25-years ago and which she treasures as the first Bourgeois piece to enter her collection. A symbol of defiant precariousness, Legs has always been installed in Ursula Hauser’s St Gallen home, and she makes no secret of the fact that she is looking forward to its return. Meanwhile she is offering us the opportunity to have our own unconscious landscapes stimulated and enriched by this exceptional exhibition.