'Cut into your finger and sprinkle urine on bad dreams': Marina Abramovic shares her spiritual recipes in London 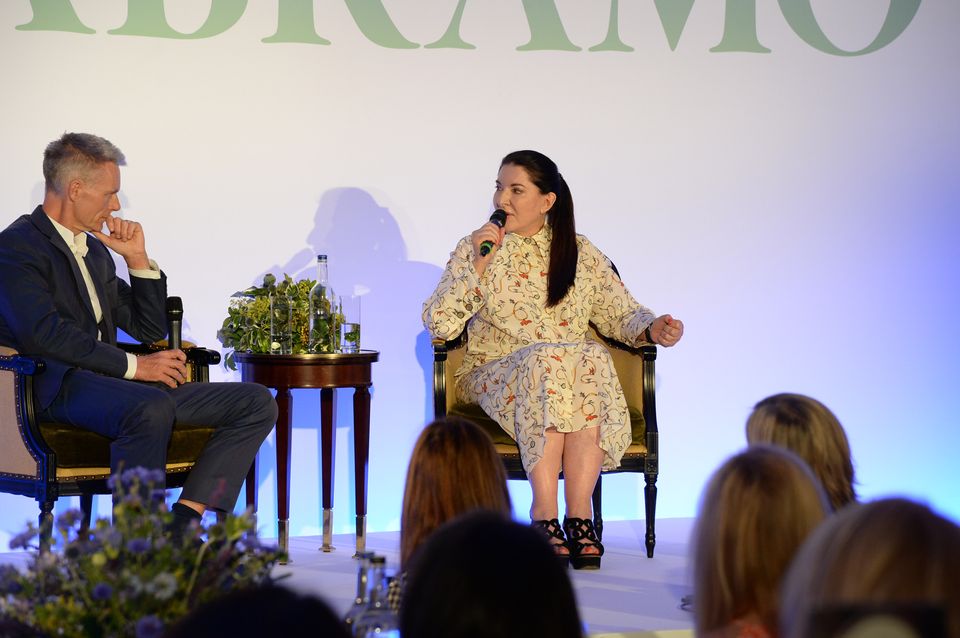 With her 2020 solo show at the Royal Academy looming on the horizon, Marina Abramovic has been spending increasing amounts of time with museum's creative director Tim Marlow and the duo were in fine form as a double act regaling the British Friends of the Art Museums of Israel (BFAMI) at their grand annual Women in Art Lunch at the Dorchester Ballroom on Tuesday (26 June). The crowd included collectors Anita Zabludowicz and Freda Uziyel as well as the Whitechapel Gallery's director Iwona Blazwick and the director of the Tate Maria Balshaw—who has a long history with Abramovic dating back to 2010 when she allowed the artist to empty the Whitworth Art Gallery and fill it with performance art.

As the guest of honour at a women’s lunch, Abramovic rallied the throng who responded with whoops of joy to her declaration that “we have so much power! We have the power to give life! We can control everything!” However she also acknowledged that women “are not ready to sacrifice as much as men” with both children and art requiring “120% energy”.

But the grand dame of performance art was also adamant that, while women needed to regain their power art has to remain gender neutral. “I believe art doesn't have a gender—the sex or the colour, it doesn't matter,” she stated. “The only thing that matters is two categories —good art and bad art.” Amidst more applause she shared her manifesto which is “to have no control over your life, but absolute control over your work” and revealed a few of her Spirit Cooking Recipes. Among these were, “cut deeply into the middle finger of the left hand. Eat the pain”; and “facing the wall, eat nine hot red peppers.” Another rather tricky suggestion was to “sprinkle the urine of the morning over the night of bad dreams.” All culinary tips that the lunching ladies would be unlikely to try at home, but greatly enjoyed receiving.