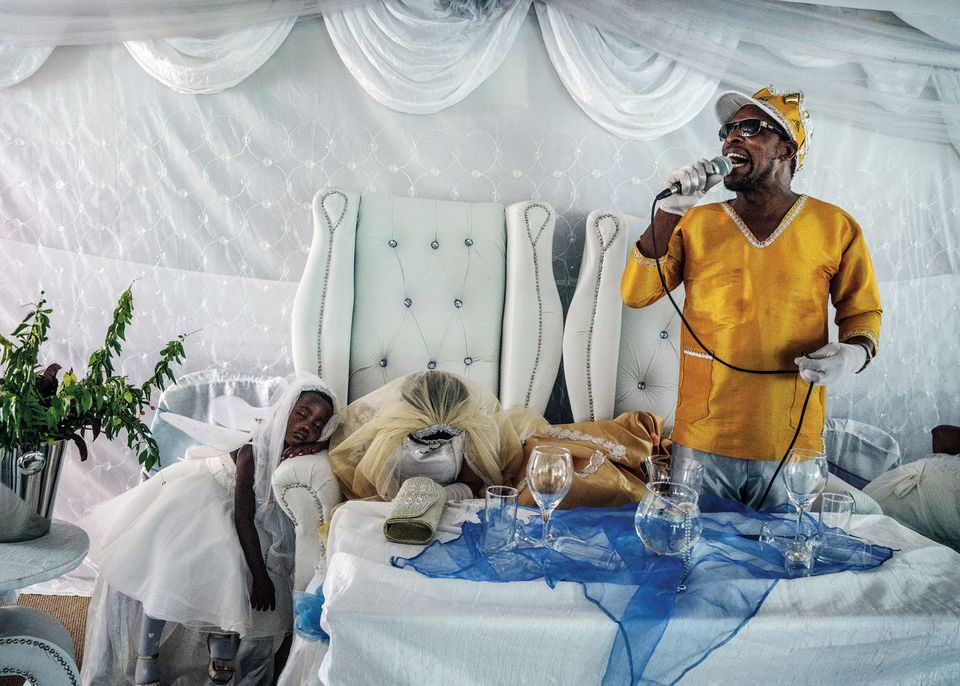 Look out! The Second Coming may be taking place in your own backyard. All around this troubled fake-news planet are emissaries from the Messiah who believe they inhabit the Savior’s body and speak in his tongue. What’s more, other people believe them, even though one is a burly former British spy whose spiritual awakening began when he adopted his heavily mascaraed female alter ego. Another is a South African jewellery salesman whose lifelong troubles with women have led him to believe the End Time will come only when Jesus brings him a wife who won’t shoot him. A Japanese Jesus is running for political office, and a Siberian traffic cop who actually looks like Jesus has 5,000 followers who trust in his ability to unite the world.

Who knew? The Norwegian photographer Jonas Bendiksen—he knew. And of the 36 exhibitions constituting this year’s Rencontres photography festival in Arles, his project, The Last Testament, has been getting the big buzz. That may be because it has the most bizarre subject matter, not because his portraits of each messiah manqué are the most stunning in town. That prize goes to the New York-based Paul Graham, whose three-part foray into cultural anthropology is exceedingly elegant, insightful and poignant.

Bendiksen isn’t advancing the art of photography. His pictures rely heavily on his written diaries of each experience. They’re illustrations. Graham’s pictures, shot in unidentified cities across America, don’t need explaining. Through astute framing, sublime natural light and fearless realism, they portray divisions of race and class as components of a larger humanity, each with its own hapless beauty.

He works in the grand tradition of street photography. Bendiksen is a journalist. Yet the people they depict share a certain mindset, one that makes them willing, even desperate, to believe a fantasy—of the good life, or the next life—as each in his or her own way seeks validation of, or deliverance from, a destiny they articulate through gesture and with dignity.