Who painted the mystery nude in the Van Gogh brothers' collection? 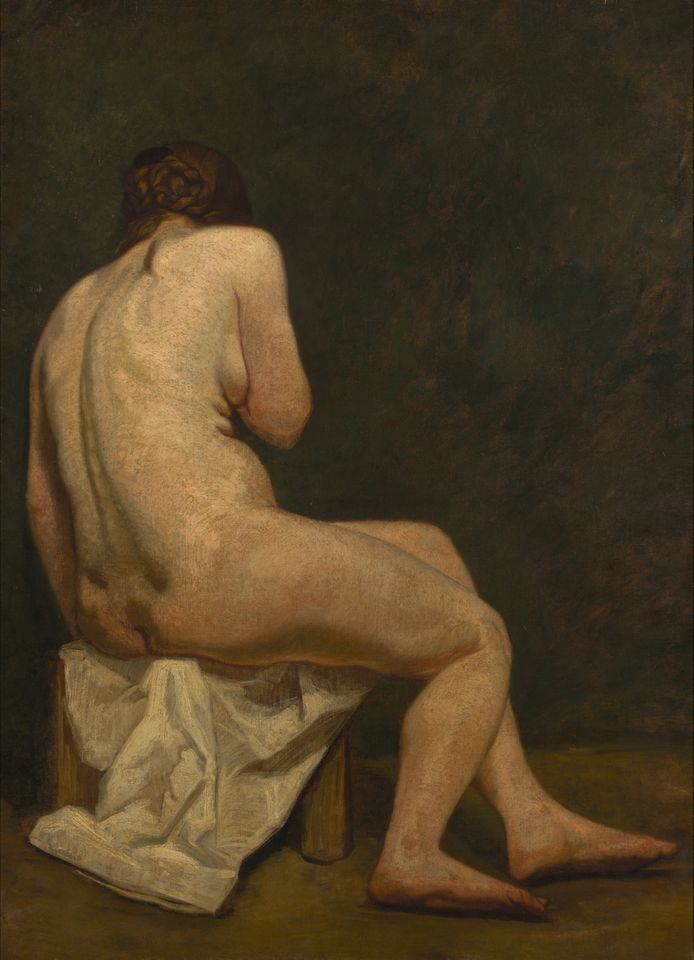 One of the few paintings once owned by the Van Gogh brothers that remains unattributed is of a female nude model. Stylistically, this rarely reproduced picture is unlike Van Gogh’s work, so who is the artist?

The large painting of a seated figure on a draped stool came with the rest of the Van Gogh Museum’s founding collection in 1973. It had passed down the family and almost certainly once belonged to Van Gogh’s brother Theo. The nude study appears to be late 19th century and probably dates from the period when Van Gogh was living with Theo in Paris in 1886-88.

Louis van Tilborgh, the museum’s senior researcher, believes that the artist is John Peter Russell (1858-1930), an Australian who studied with Van Gogh at Fernand Cormon’s studio in Paris and later worked in an Impressionist style. The two men were friends and exchanged work. Van Gogh gave Russell a still life of three pairs of shoes (1886-87, now Fogg Museum, Harvard), a lithograph of At Eternity’s Gate (1882) and a dozen drawings after his Arles paintings.

The attribution of the female nude is backed up by a 1930 bill for conservation work undertaken for Theo’s son, which identifies the artist of the picture as Russell. Van Tilborgh, in his catalogue of the museum’s Antwerp and Paris paintings, points to this document, along with the study’s “manner of execution, especially of the draperies”. 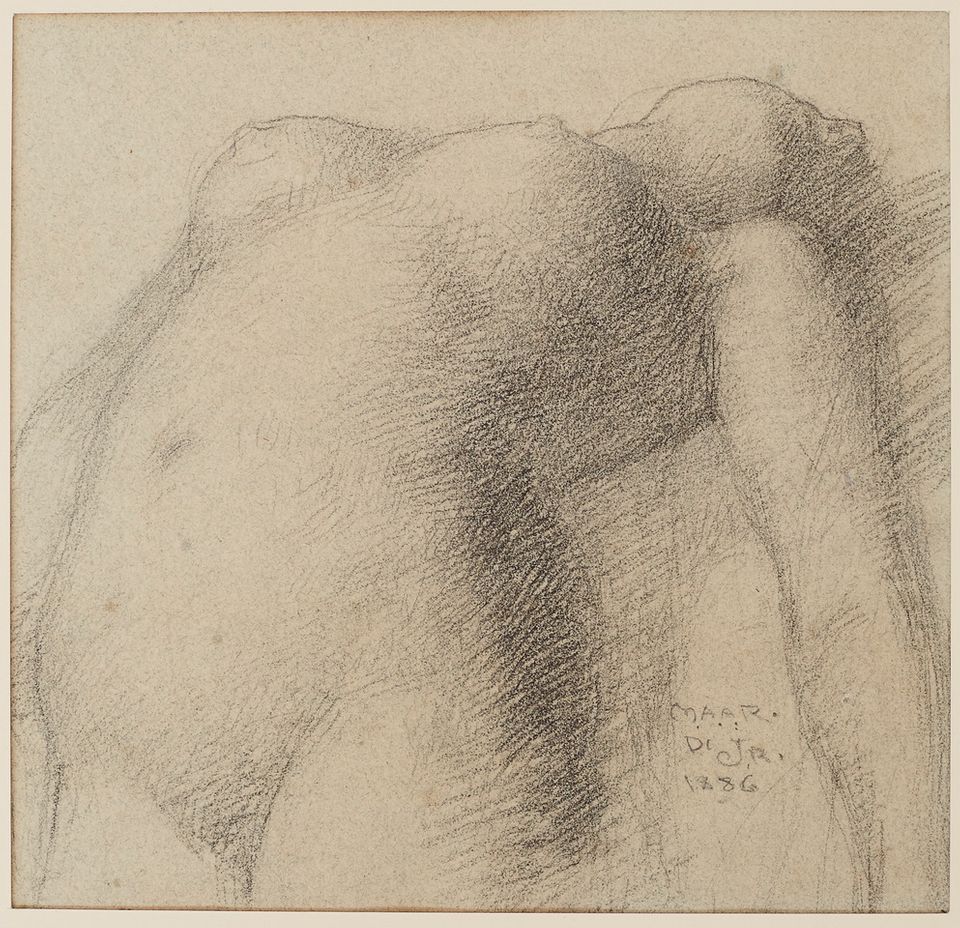 It is possible that the female, seen from behind, could be Marianna Mattiocco, a 19-year-old Italian-born model who became Russell’s lover in Paris in late 1884. They started living together early the following year and their son Jean was born in November. The couple married in 1888.

From an 1885 photo we know that Mattiocco wore her hair in a coiled bun, as in the painting at the Van Gogh Museum. She also sat for Rodin, who depicts her with a bun in an 1888 sculpture. In 1886 Russell drew an erotically charged nude of her with her back arched. Then aged 20 or 21, she has a voluptuous figure, with wide hips, again as in the Van Gogh Museum picture. Monet was among those who commented on her beauty. 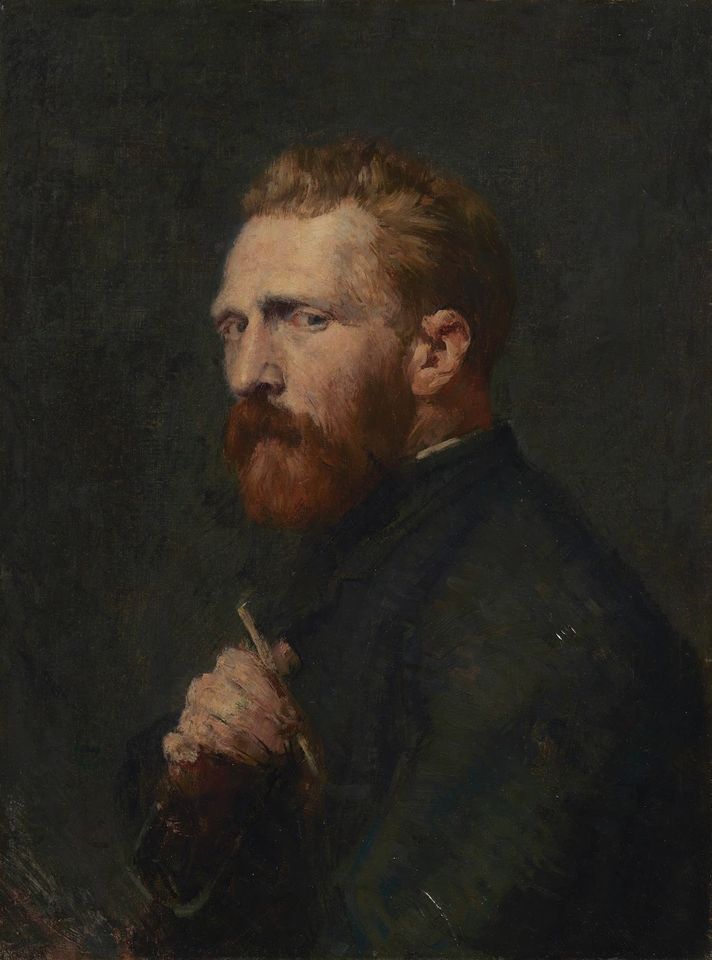 Van Gogh had met Russell at the Cormon atelier in the autumn of 1886 and in November that year Russell painted the Dutchman’s portrait, which he presented to him. The two artists never saw each other after Van Gogh’s departure for Provence in 1888, but they did correspond.

Although Van Tilborgh attributes the painting of the nude to Russell, other specialists are less certain. Ann Galbally, an Australian expert on Russell, is doubtful, citing the smooth brushwork as different from Russell’s “looser, broader and more painterly style”. She also points out that Mattiocco’s hair was blonde, rather than dark.

Wayne Tunnicliffe, who curated last year’s major Russell retrospective at the Art Gallery of New South Wales, believes there is some evidence to suggest the Russell attribution. The colour tones and application of paint “share some qualities” with Russell, although the work appears to lack his bravura.

The full figure of the woman is suggestive of Mattiocco and the bun might be too, although buns were fashionable at the time, and she “could easily be a studio model”, perhaps at the Cormon atelier. Tunnicliffe, who did not include it in his exhibition, concludes that “its authorship remains a mystery”.