Did the Dutch artist fall for his Brixton landlady or her daughter? 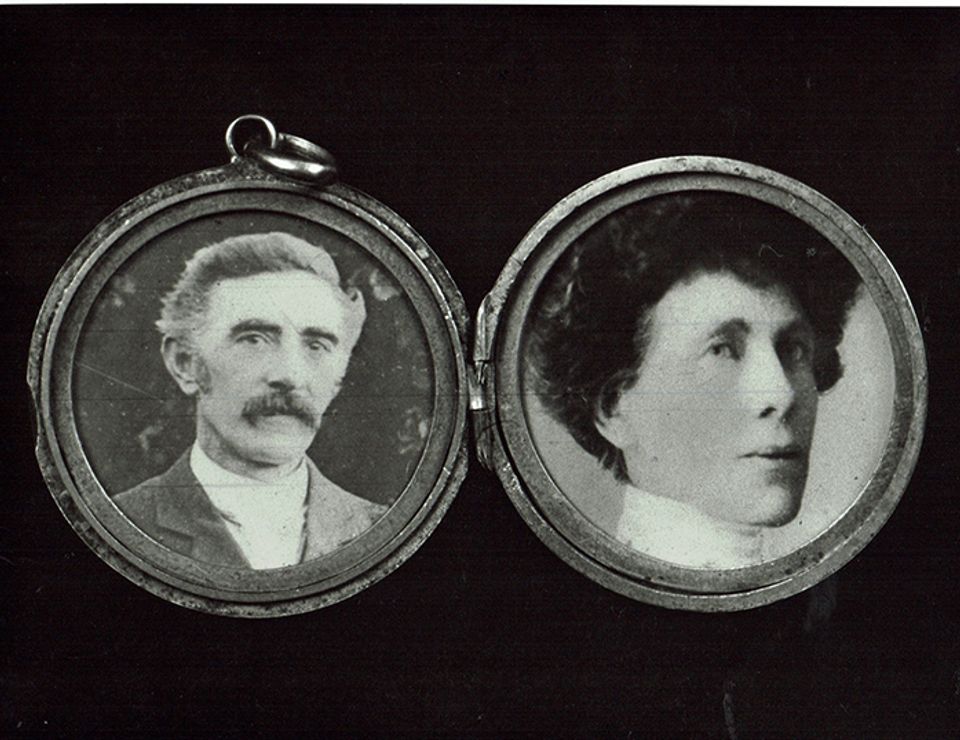 The first part of Van Gogh’s stay in London was “the happiest year of his life”, according to his sister-in-law Jo Bonger. Arriving in May 1873, aged 20, Vincent worked for the art dealer Goupil in their Covent Garden gallery. He soon found a room in Brixton, south London, where he lodged with Ursula and Eugenie Loyer, who ran a small school on the ground floor. It was there, as his sister-in-law recounted in her memoir, that he fell in love.

Jo wrote that Vincent “apparently spoke to Ursula of his love”. But it was unrequited: “Alas, it turned out that she was already engaged to the man who boarded with them before Vincent came.” Vincent “tried everything to make her break this engagement, but he did not succeed”. Jo’s 1913 memoirs were based on information passed on by Vincent’s brother Theo and surviving family correspondence.

Van Gogh’s first biographer, Julius Meier-Graefe, considerably embellished the story in his 1922 book: “There was a young girl there—an angel. She was surrounded with little children whom she educated. What a joy to watch her! What incredible bliss to love such a perfect creature!”

There the matter rested until 1971, when a London postman, Paul Chalcroft, managed to identify the home of the Loyers as 87 Hackford Road. The newly released 1871 census returns recorded the mother as 46-year-old Sarah U. [Ursula] Loyer and the daughter as Eugenie. So why had Jo written that Van Gogh had become infatuated with Ursula instead of Eugenie?

The answer came in the 1980s with the emergence of an unpublished letter from Vincent’s sister Anna to Theo, dated 6 January 1874. Writing in English, to practice the language, Anna said that she had just received an envelope from London containing two letters, one from Vincent and the other from “Ursula”. Anna commented: “I suppose there will be a love between those two, as between Agnes and David Copperfield.” In the Dickens novel, David falls in love with Agnes and they eventually marry.

A month after the first note, Anna wrote again to Theo, saying that she had received “a very kind letter from Eugenie”—this time giving the correct name of the daughter. Enclosed with it was another one from Vincent, reporting that Eugenie was “engaged with a good natured youth who would know how to appreciate her”. Vincent sounds as if he was quite accepting, but that would apparently soon change.

In late June 1874 Vincent returned home for a short holiday in the Netherlands with his family, returning to London with Anna who came to improve her English. They initially stayed in Hackford Road, but in the first week of August both of them abruptly left the Loyers to move to new lodgings in Kennington Road, near the Oval cricket ground.

When Vincent’s mother heard about their move she responded: “Vincent will also not have had it easy at the Loyers—I’m glad he’s no longer there, there were too many secrets there and no family like ordinary people, but he will surely have been disappointed by them and his illusions will not have been realised.”

Eugenie had only been 19 when she became engaged and four years later, in 1878, she married Samuel Plowman, a young engineer who was then living in Hackford Road. It is likely, although not certain, that it was Samuel who had proposed to her while Vincent was living there.

It is curious that Anna, in her first letter, suggested that Vincent had fallen for “Ursula”. Some commentators have suggested that he was actually in love with his landlady, not her daughter, and in later life he was certainly attracted to older women. Kee Vos, a cousin he fell in love with in 1881, was seven years older than him. Sien Hoornik, the prostitute he lived with in The Hague the following year, was three years older. Margot Begemann, his neighbour in Nuenen with whom he became infatuated in 1884, was 12 years older. The idea that the young Van Gogh fell for his London landlady was the basis of Nicholas Wright’s highly successful 2002 play, Vincent in Brixton.

Ursula usually sliced off a few years when she gave her age to census enumerators, so she was actually slightly older than has usually been assumed. She was born in Whitechapel in 1815 and would have been 58 when her daughter became engaged. The target of Vincent's love must therefore surely have been the Eugenie. Her rejection seems to have plunged Van Gogh into a deep depression, from which he sought solace in religion.

But despite his unrequited affair, Van Gogh still loved London. Back home in the Netherlands, nearly a decade after his arrival in England, he wrote that “I have a great longing to be in London again”. Van Gogh had remained fascinated with English art and literature—the subject of Tate Britain’s current exhibition.